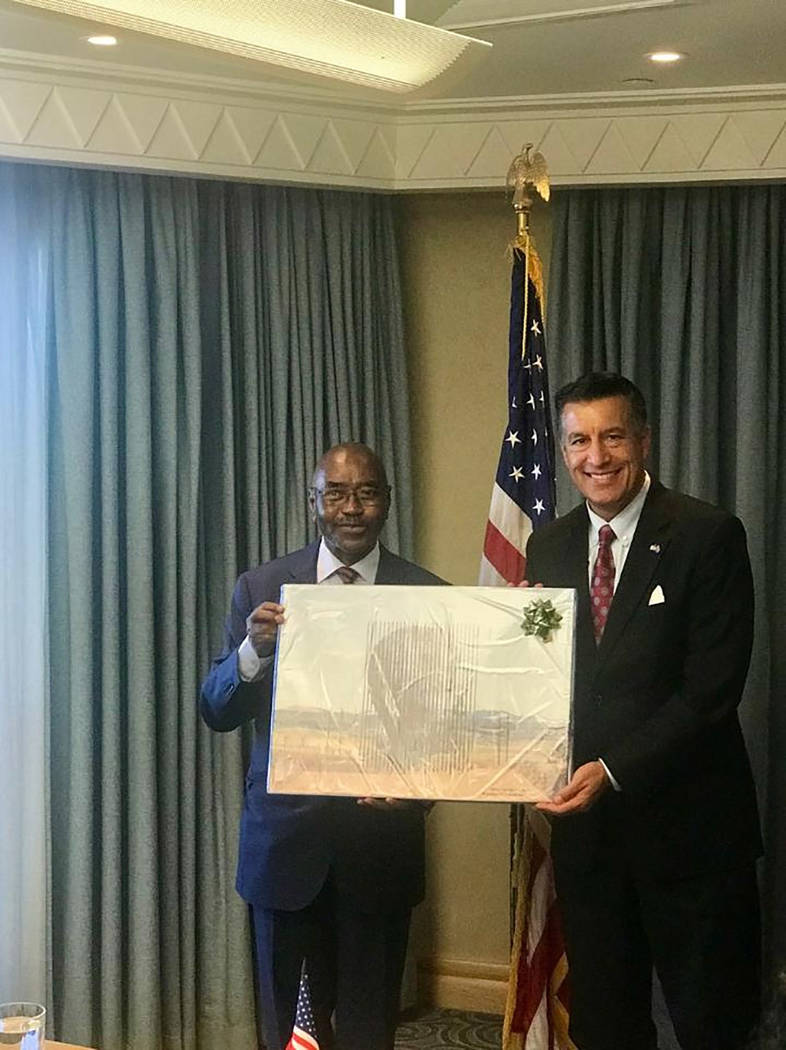 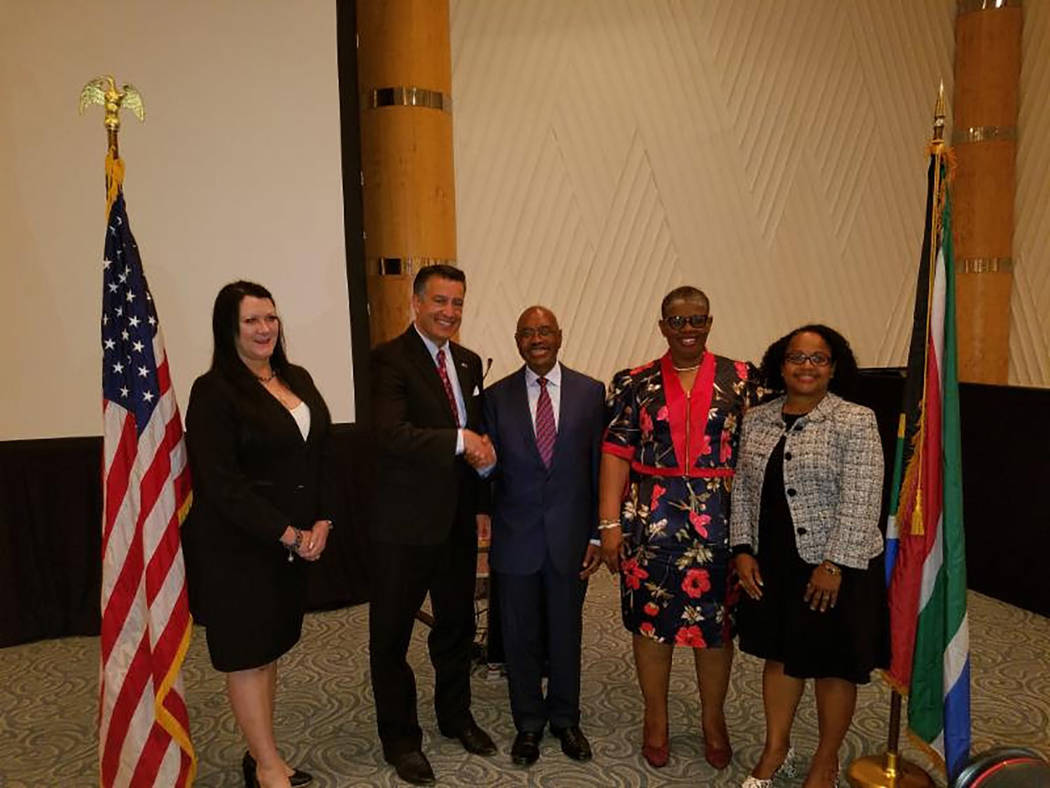 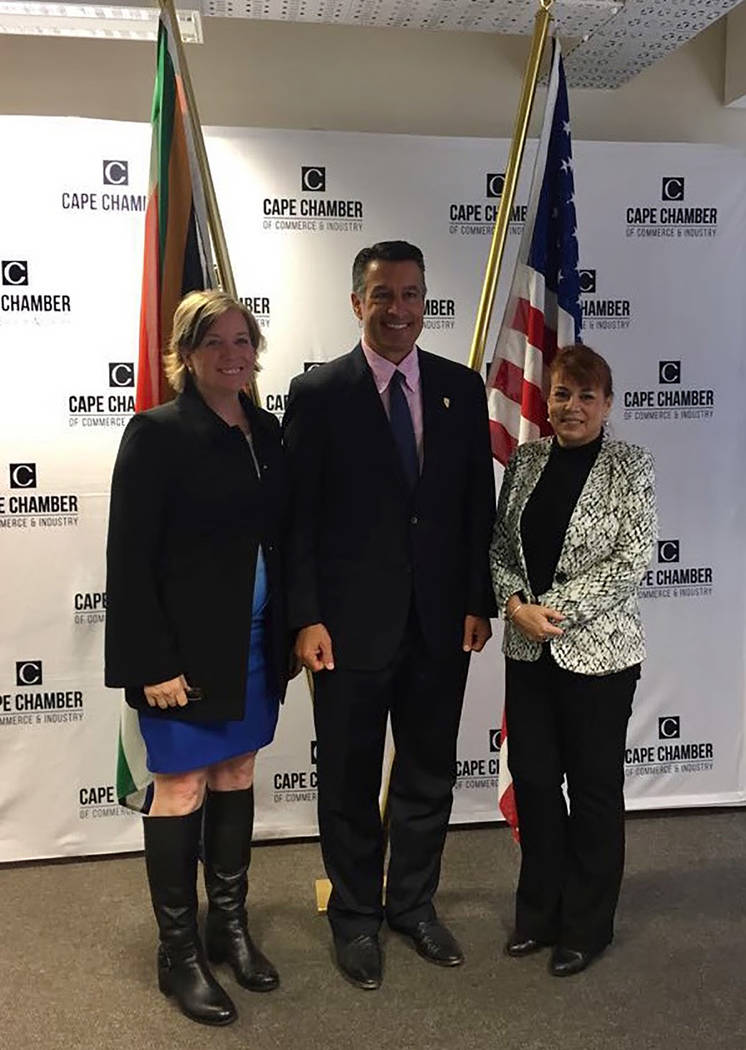 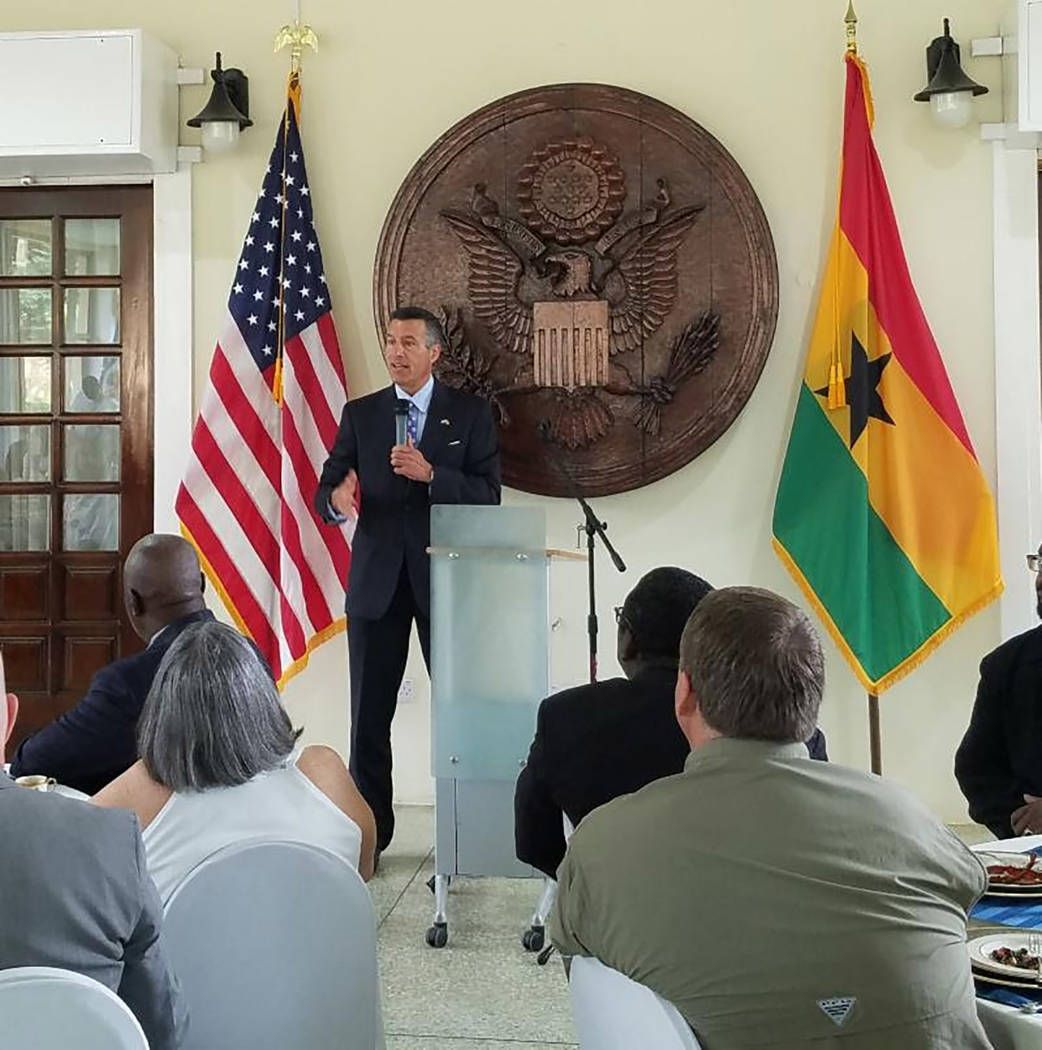 Nevada Governor's Office for Economic Development Nevada Gov. Brian Sandoval is shown speaking in Africa on July 26. The friendship between Ghana and Nevada is a special one, Sandoval said. 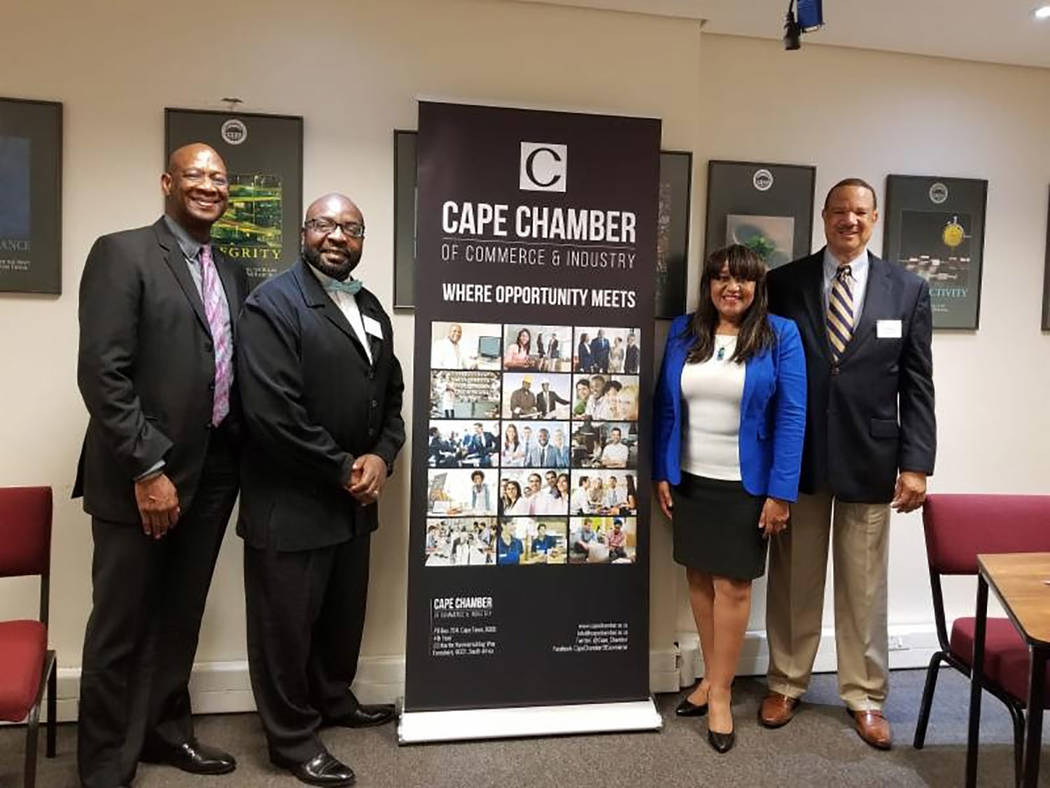 Durban, also known as eThekwini Municipality, is home to the largest and busiest shipping terminal in sub-Saharan Africa.

Details were announced by the Nevada Governor’s Office for Economic Development.

A tour of the Dube TradePort Special Economic Zone, which was established to promote international trade, followed.

There, the delegation visited the Dube AgriZone facilities, which specialize in technical support for propagating, growing, packing and distributing perishables and horticultural products for export, and the Dube AgriLab, a micro-propagation facility of high-quality disease-free plants through sterile tissue culture. Indoor agriculture, which uses less water and land, is an emerging industry in Nevada.

On Friday, the delegation toured Transnet Port of Durban, which handles up to 31.4 million tons of cargo each year.

“When you visit facilities such as the Dube TradePort and Transnet Port of Durban, it really opens your eyes to the potential benefits of closer ties between Nevada and Durban, as well as the other communities we visited over the past week,” Sandoval said. “I hope this mission lays the foundation for growing commerce between Nevada, South Africa and Ghana and results in greater prosperity for all our people and I thank the Governor’s Office of Economic Development for taking the lead in organizing this mission.”

“As we’ve seen with other successful trade missions, there is no substitute for face-to-face interaction for building enduring relationships between Nevada and our international trading partners,” Paul Anderson, executive director of the Governor’s Office for Economic Development.

“I look forward to hosting our new friends from Ghana and South Africa in Nevada and further solidifying opportunities for collaboration and commerce,” he said.