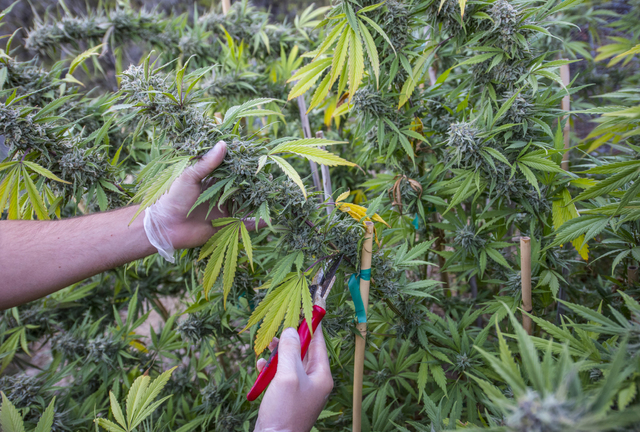 The comment included in the rule says, “Because use, possession, and distribution of marijuana in any form still violates federal law, attorneys are advised that engaging in such conduct may result in federal prosecution and trigger discipline proceedings” under Supreme Court rules.

The language was sought by the State Bar of Nevada to offer guidance to lawyers and professional activities related to the medical marijuana industry. Several Nevada attorneys have ownership interests in medical marijuana dispensaries.

Justices Mark Gibbons and Ron Parraguirre, while agreeing that the addition to the professional conduct rule is appropriate, said they would have adopted alternative language that takes into account the voter initiative passed in November legalizing recreational marijuana for adults and offering the same cautionary guidance.

The new rule is a follow-up to changes adopted by the Nevada Supreme Court in 2014 as a result of the 2013 legislation authorizing the creation of medical marijuana dispensaries.

That comment said a lawyer “may assist a client in conduct the lawyer reasonably believes is permitted by these constitutional provisions and statutes, including regulations, orders, and other state or local provision implementing them. In these circumstances, the lawyer shall also advise the client regarding related federal law and policy.”