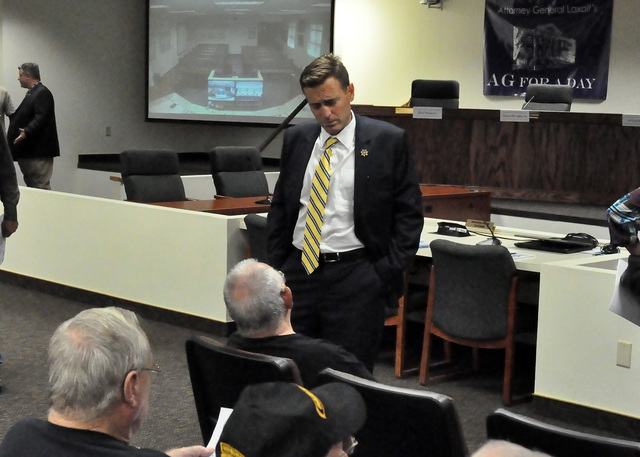 The state Office of Military Legal Assistance’s @EASE program is the first of its kind in the nation led by a state attorney general with public and private participation to provide free legal services for qualified service members, veterans and their families.

When the program launched in November 2015, Laxalt said many soldiers don’t qualify for traditional legal aid programs because they live just above the poverty line.

A Judge Advocate General Corps officer can make calls and send letters on a service member’s behalf, but they can’t take the matter to a civilian court. That means even a seemingly minor legal squabble, such as a landlord dispute, can be a big deal.

Veterans who have an honorable or general discharge from service can receive help through the program with wills and powers of attorney.

The report released Thursday by Laxalt’s office included these facts about the state’s military population:

* The state’s active-duty service members represent all five branches of the military, but more than 90 percent are serving in the Air Force.

* Many work in one of the four active military bases in Nevada (Nellis and Creech Air Force bases in the south and the Hawthorne Army Depot Base and Naval Air Station Fallon Navy Base in the north).

For more information about the program, visit nvagomla.nv.gov.