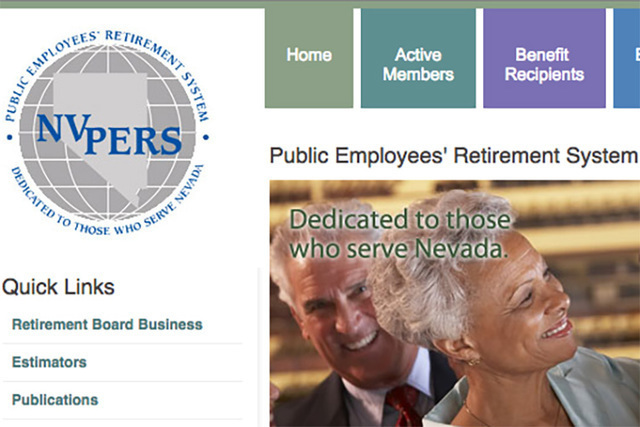 Nevada’s public employee pension fund increased 2.3 percent in the fiscal year ending June 30, below the long-term target rate of an 8 percent return but was among the top performing funds in the country. Screengrab/Nevada Public Employees' Retirement System

CARSON CITY  Nevadas public employee pension fund grew by 2.3 percent in the fiscal year ending June 30, below the long-term target rate of an 8 percent return but among the top performing funds in the country, the agency said this week.

While not a direct comparison since PERS has many different types of investments, the S&P 500 stock index had a 1.5 percent return during the same period of time.

Tina Leiss, executive officer of the Public Employees Retirement System, cautioned that the information is preliminary and unaudited at this point. The investment report will be presented to the PERS board at its meeting in August.

Leiss said in an email that the returns on the PERS stocks, bonds and other investments rank in the top quartile or better of public funds over the three, five, and 10-year periods ending June 16.

As of the end of fiscal year 2016 on June 30, the annualized return on the PERS fund over the past 32 years is 9.4 percent, exceeding the goal of an 8 percent return needed to ensure it becomes fully funded over time.

The public pension plan had 103,000 active members as of the end of fiscal year 2015. The plan covers nearly all state and local government employees in Nevada.