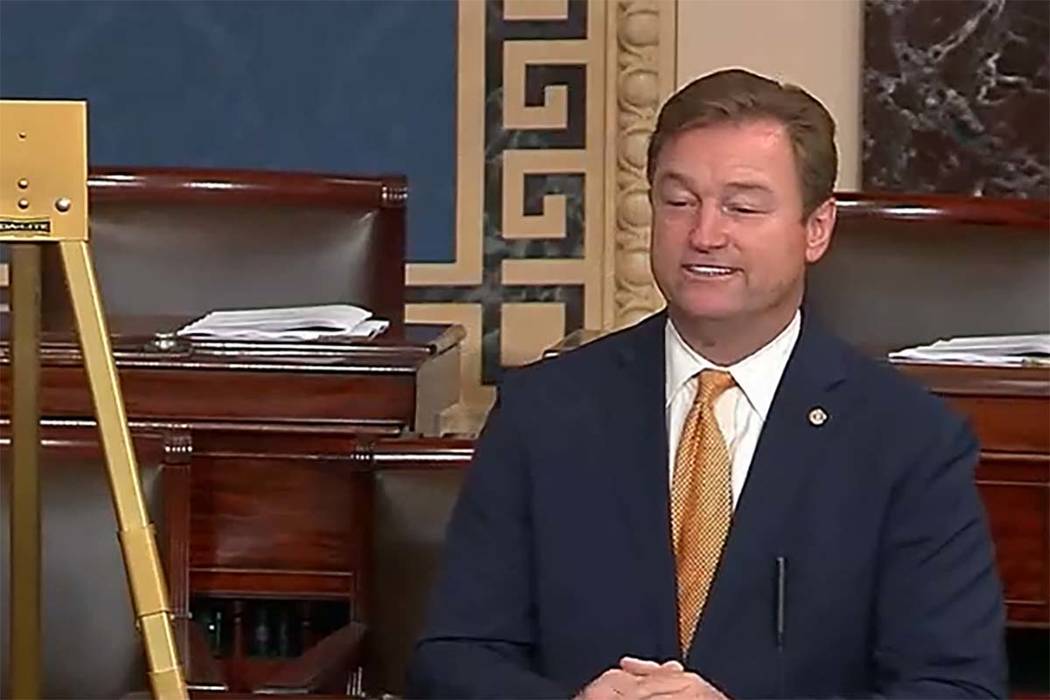 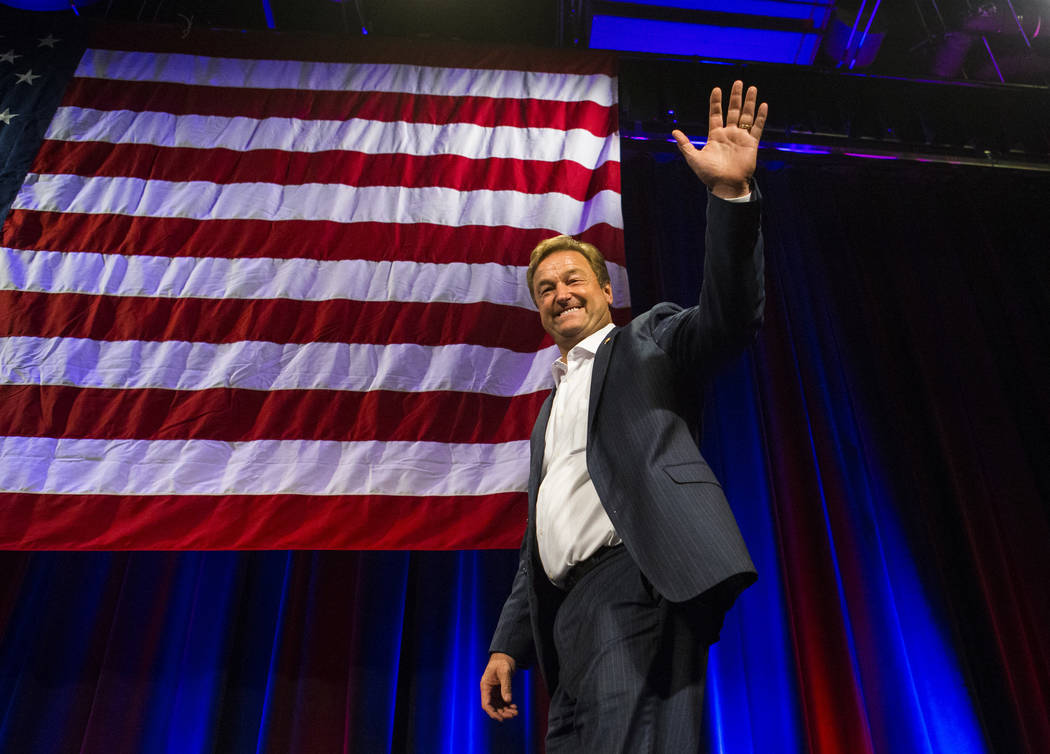 WASHINGTON — U.S. Sen. Dean Heller, R-Nev., said farewell to the Senate in a speech Thursday that highlighted his legislative record on veterans affairs and the anguish of helping the state weather the deep recession and overcome the pain of the Las Vegas mass shooting.

Heller, 58, touched upon his time in the Senate, which capped his nearly 30 years in elected public service in Washington and Carson City.

His homespun speech thanked family, friends, staff and Nevadans, whom he served for three decades, and introduced his newly adopted granddaughter Ava, who was living in an orphanage at age 2 in China before coming to Nevada.

Wearing a blue suit, yellow shirt and gold tie, Heller said he is optimistic about whatever comes next for the country, the state and himself.

In his address, Heller recalled the Oct. 1, 2017, shooting and the unity of Nevadans, uniformed or not, who jumped to help the wounded and those suffering from trauma.

“When I leave here, I will carry those extraordinary moments of unity and generosity with me,” Heller said.

“It was his commitment to his home state to do everything he could to help that community heal. He continues to do so today,” Cortez Masto said.

Heller was defeated in his re-election bid in November by Rep. Jacky Rosen, the only Democrat to knock off an incumbent Republican in the midterm election seen as a referendum on President Donald Trump’s first two years in office.

Trump campaigned for Heller, nudging Republican opponent Danny Tarkanian out of the primary to clear the way for the incumbent, despite the fact that he had angered some GOP conservatives with his shifts on health care repeal and social conservative issues.

Heller did not mention Trump by name in his speech, but he told the Las Vegas Review-Journal afterward that the highlight of his campaign was having the president appear in the state and seeing the crowds that came to those events.

“Nevada’s doing better. Our nation is flourishing, and Dean Heller was there every step of the way,” McConnell said.

Heller was appointed to the Senate in 2011 by Republican Gov. Brian Sandoval to serve out a term when Sen. John Ensign, R-Nev., resigned. Heller was elected to the seat in 2012.

Prior to the Senate, Heller served from 2007-11 in the House, representing northern Nevada. He also previously served as Nevada secretary of state and in the Nevada General Assembly.

Heller and his wife, Lynne, maintain a ranch, and often appear at parades on horseback.

McConnell said the couple “must be looking forward to saddling up their horses and setting out for the Sierras a little more often they’ve been able to lately.”