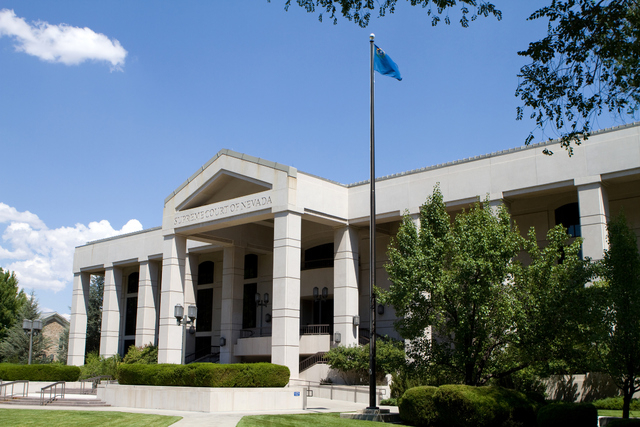 The Department of Public Safety on Friday announced it will implement Assembly Bill 579, a law passed by the Legislature in 2007 to comply with the federal Adam Walsh Child Protection and Safety Act but put on hold during years of litigation.

In January, the Nevada Supreme Court denied a petition sought by 24 unnamed, previously convicted sex offenders to block the law, allowing the state to move forward.

Previously, people convicted of sex crimes were assessed by specially trained mental health professionals and rated on their risk of re-offending. Thousands of offenders who were deemed low risk, or Tier 1, were not subject to community notification.

That changes next month, with limited exceptions.

“Everyone goes on the website,” said Dave Gibson, spokesman for the Department of Public Safety.

Many may have pleaded guilty to a crime decades ago, he noted.

“Now all of a sudden they’re going to have their photo on the internet,” Segerblom said. “People who are well established in their communities, with children and grandchildren, who’ve led otherwise exemplary lives.”

Alina Shell, an attorney for the 24 unidentified offenders in the original suit, said they plan to file an amended complaint next week in state District Court to address other unlitigated constitutional issues with the way the law is written and enforced.

“One issue is that there is no way to address errors,” Shell said in an email. “If you think you don’t belong on the registry or have served the requisite time, you have to hire a lawyer to file an action. That isn’t a workable system.”

Under the new law, tier levels are based on a conviction and age of the victim. Because the law is retroactive to 1956, many offenders already deemed by a judge to be no threat to the community will have to register and have their names, photos and addresses available for public scrutiny.

The new rating system has three tiers, with one being the lowest and three the highest. A fourth tier under the old law is eliminated.

Under the old system, 1,923 were considered Tier 1, or low-risk offenders. That number declines to 1,646 under the new assessment. Tier 1 offenders are required to register for 15 years and appear annually in person at a local law enforcement agency to update and verify their information.

Tier 3 offenders jump to 3,014 from 239 under the old classification system, and are required to report in person every 90 days.

Only 62, or 1 percent of the total, are not required to register, the agency said.

Critics argue the law does not take into consideration the age of the offender or circumstances. A bill to try to fix some of the problems was passed by the 2015 Legislature but vetoed by Republican Gov. Brian Sandoval because it also eliminated a requirement that certain offenders stay at least 500 feet away from schools, parks and other places frequented by children.

Segerblom said Nevada, like other states, was pressured to pass the law in 2007 under threat of losing federal grant money.

“What’s happened, other states have since passed much less egregious laws and they still get federal funding,” he said.