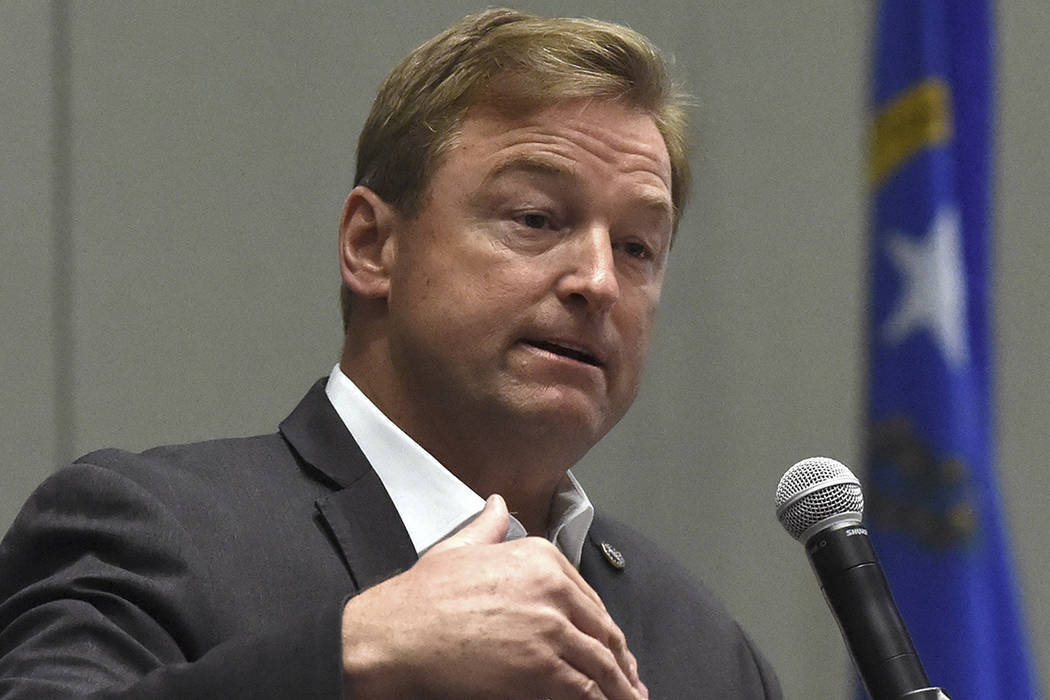 Special to the Pahrump Valley Times Nevada Senator Dean Heller remains optimistic that Republicans and Democrats will eventually come to an amicable agreement on the Deferred Action for Childhood Arrivals, or 'DACA,' program. As of 2017, roughly 800,000 individuals across the country were enrolled in the program. At present, Nevada is home to more than 12,000 DACA recipients.

The immigration policy allowing some people who entered the U.S. illegally as minors, and have remained here as such, was a topic of discussion for U.S. Sen. Dean Heller during a phone interview from his Washington D.C. offices this week.

On Tuesday, Heller, R-Nevada, took questions from Nevada media outlets, including the Pahrump Valley Times, on a wide range of issues, including the immigration topic known as the Deferred Action for Childhood Arrivals, or DACA.

Heller remained optimistic that both Republicans and Democrats will eventually come to an amicable agreement, allowing DACA individuals to receive a renewable two-year period from deportation, along with eligibility for a work permit.

As of 2017, roughly 800,000 individuals across the country were enrolled in the program, established by the Obama administration in June 2012.

DACA was subsequently rescinded by the Trump administration in September 2017.

“I think there is a sweet spot on this,” Heller said during the discussion. “I recently came out of a meeting and we were talking about trying to find a resolution. There are so many groups that are meeting right now on this with more than a dozen ideas on how to move forward on this.

Additionally, Heller appeared to support a more compassionate solution to those ensnared in the DACA dilemma.

He said all arguments should be heard in an effort to solve the problem, once and for all.

“My position I think has been pretty clear,” he said. “I would like to do something to help support these young men and women that are here, but I think there is another criteria that has to occur at the same time. Border security, of course, is the other item in this and another issue is making sure that we are not coming back here eight to 10 years from now and having the same discussion all over again.”

Reasonable changes, Heller noted may also be required for a progressive DACA plan.

“Whatever that requires,” Heller said. “Whether it be E-Verify for businesses, or maybe making some reasonable changes to chain migration and perhaps taking a look at the visa lottery. All of those issues ought to be discussed and I think that’s what’s going to end up on the floor, come next week or the week after.

That action prompted multiple states to immediately sue in order to prevent the expansion, which was ultimately blocked by the courts.