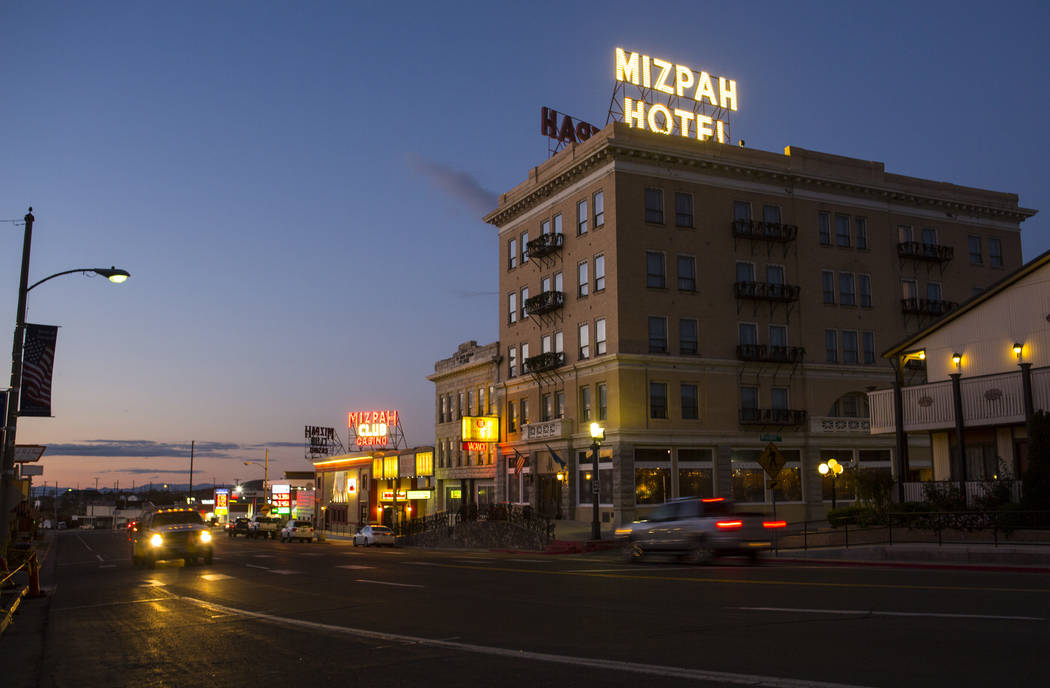 Chase Stevens/Las Vegas Review-Journal The installation of the suffrage marker in Tonopah is set to take place will take place at noon on Nov. 22 in front of the Mizpah Hotel. 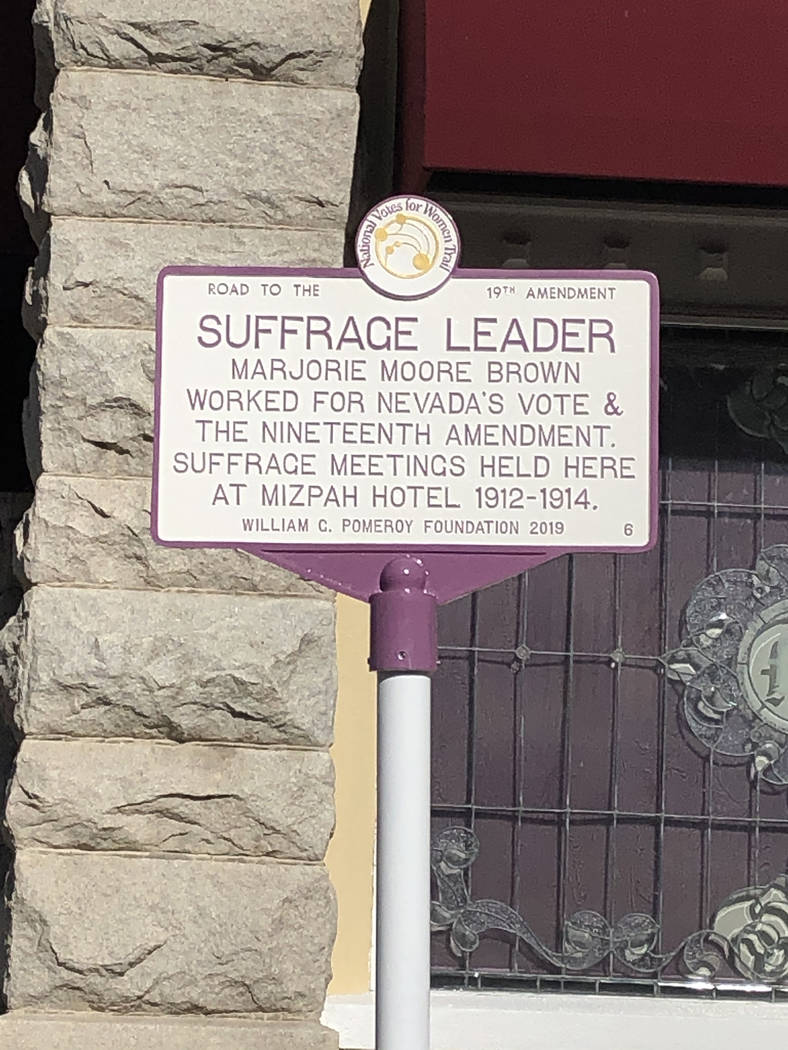 Photo provided by Kat Galli The National Votes for Women Trail, a project of the National Collaborative for Women’s History Sites (NCWHS), will install the first of five Nevada markers in Tonopah

The Nye County community of Tonopah will become Nevada’s first town to get a marker commemorating the women’s suffrage movement, a decades-long campaign that fought to secure women’s rights to vote and run for office across the United States.

The installation of the suffrage marker in Tonopah will take place today, Nov. 22, at noon in front of the Mizpah Hotel. The ceremony will honor Marjorie Moore Brown, whose work in Tonopah, the state’s second-largest city at the time, proved “vital to the state’s early success and important in the national campaign,” according to the news release.

The National Votes for Women Trail, a project of the National Collaborative for Women’s History Sites (NCWHS), will install the first of five Nevada markers in Tonopah to recognize “significant events and people in the suffrage campaign,” according to the press release.

Joanne Goodwin, a state coordinator for the National Collaborative for Women’s History Sites and a professor of history at UNLV who worked with NCWHS on several projects about the suffrage movement, said she had found through her research that Tonopah and Goldfield were important players in the women’s suffrage movement in Nevada.

“In fact, Tonopah and Marjorie Moore Brown, in particular, played a very central role in the organization in 1913-14 when there was a crisis of leadership, … and after Nevada passed suffrage, she went on to work with other leaders of the state of Nevada and went on to work to other states that hadn’t passed suffrage and helped them to gain the right to vote,” Goodwin said.

The Tonopah event will celebrate the centennial of the 19th Amendment to the U.S. Constitution that secured voting rights for the majority of women across the United States. Although the amendment was passed in 1920, the celebration is starting this year.

To celebrate the historic milestone, the National Collaborative for Women’s History Sites (NCWHS) and the William G. Pomeroy Foundation have partnered to place historic markers in each state and territory of the United States. The markers recognize significant events and people in the suffrage campaign. Nevada passed a woman suffrage bill in 1914 and active members of the state campaign went on to work for suffrage in other states and set up voter education groups in Nevada.

The state will get five markers in cities across the state including Tonopah, Battle Mountain, Reno, Carson City and Las Vegas.

“As soon as women in that era got the right to vote, the suffrage organizations became voter education organizations, and that’s how we got the League of Women Voters eventually because they wanted to know about candidates and issues, and so they educated themselves,” Goodwin said.

The Nye County branch of the Nevada Equal Franchise Society (NEFS) elected Brown as press secretary in 1912. This position included sending suffrage news briefs to local papers regularly. The Tonopah Daily Bonanza opposed woman suffrage and “never missed a chance to dismiss the voice of those who supported it,” according to the news release.

Brown’s reputation and work helped to keep the movement in the news. At the 1913 Nevada Equal Franchise Society meeting, she was elected second vice president. In 1914, the final year of the campaign, Brown was elected third vice president of the NEFS. In the fall of 1970, 70 percent of Nye County’s male voters voted in support of women’s voting rights and joined other counties to pass women’s suffrage.

Brown continued to support the national campaign and worked with two national organizations, the National American Woman Suffrage Association and the National Woman’s Party, for passage of suffrage in other states.

“It has been remarkable to discover the breadth and longevity of activity across Nevada that led to this win,” said Goodwin, who coordinated the Nevada effort. “The National Collaborative for Women’s History Sites and Pomeroy Foundation have demonstrated the truly national effort of the campaign. We are grateful to the Tonopah Town (Board) and to the Mizpah Hotel for acknowledging this significant event.”