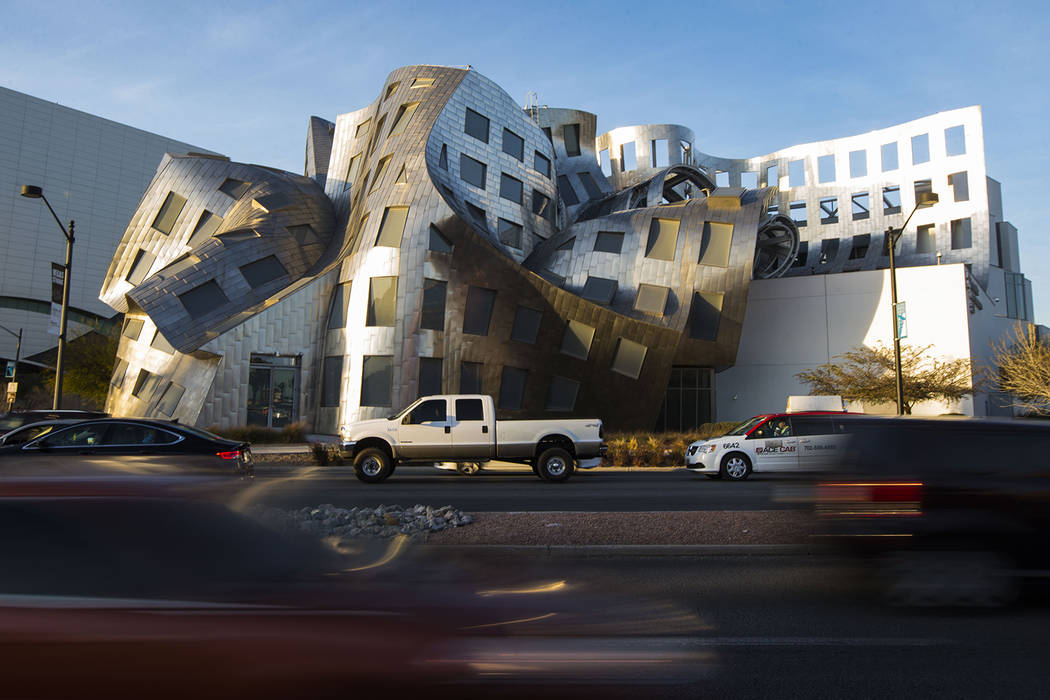 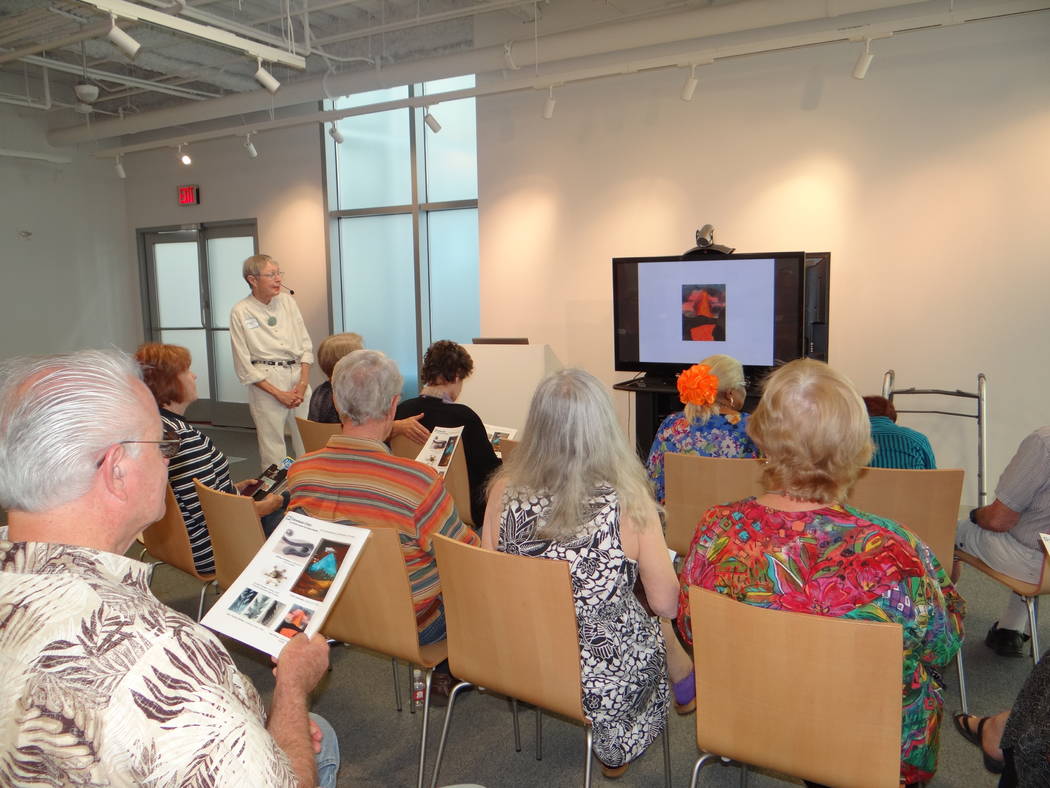 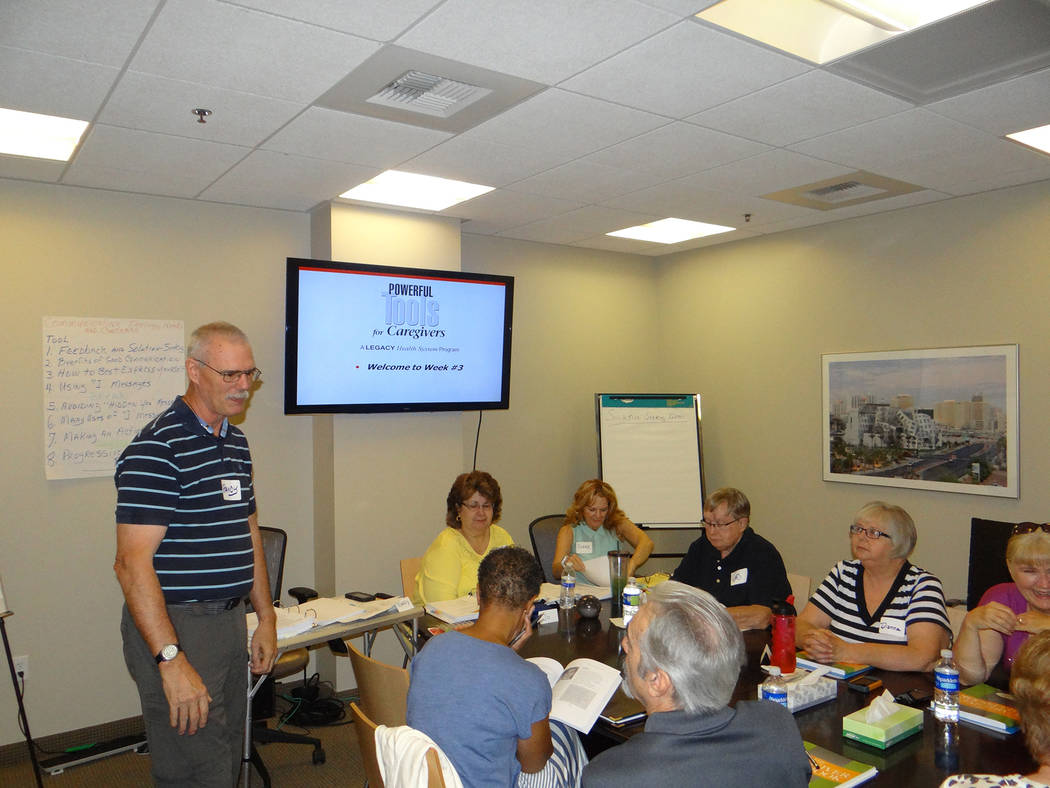 An illness or injury can bring great changes to a family unit, impacting it financially, emotionally and in other ways. Though great attention can fall on the patient, these family caregivers sometimes don’t know where to turn for assistance or how best to deal with the situation, which can be brought upon them suddenly.

That’s where the Cleveland Clinic Lou Ruvo Center for Brain Health in Las Vegas is succeeding and has since it opened a decade ago; the center is assisting family caregivers of patients suffering from brain disorders with education, respite and in other aspects.

The center is also working on increasing its efforts for spouses, family members or others caring for Alzheimer’s and other dementia patients at home.

Carriere, who came to the clinic from Nashville, Tennessee earlier this year, is in the beginning stages of developing studies for caregivers of dementia patients, where she is working to identify the unique needs of family caregivers and later provide more individualized treatment plans for this population.

“…We have been drafting kind of long-term visions for the program, such that we’re focusing on really understanding the needs of our caregivers; because as we’re better able to understand the needs, we can then provide individualized and personalized treatment plans, really grounded in science, for the caregivers to meet those needs,” Carriere said.

“Essentially, it’s really aligning the right type of intervention with the specific need of the caregiver,” Carriere said.

Over 15 million million family caregivers exist in the U.S. for dementia patients, according to Carriere.

Carriere is just getting started and expects things to roll out in the coming months with research involving a diverse set of populations.

“…with kind of broader aims of looking at needs, really adapting to different types of subgroups of caregivers, different multicultural elements of caregiving, looking at diverse financial backgrounds of patients and really trying to adapt to see what’s really going to be the best for them,” Carriere said.

Rural populations could also be considered.

“Also thinking about rural populations, which I think is really important for residents in our state living in rural communities where they might have more barriers of seeking support,” she said.

According to Carriere, a person is diagnosed with Alzheimer’s disease every 65 seconds, and that number is expected to grow in the coming decades.

“In 30 years, we expect it to triple,” Carriere said. “Just as we think every 65 seconds we have an individual diagnosed with Alzheimer’s, that also means someone else is transitioning into the role of a caregiver.”

Carriere continued: “It really speaks to the kind of public health crisis that we see with this disease as well as the significant financial burden. We know that caregivers provide over 19 billion hours of care, which is just incredible.”

Alzheimer’s disease makes up a large majority of dementia cases.

“Dementia is kind of the overarching term that we use, and there’s different types of dementia,” Carriere said. “Alzheimer’s encompasses nearly 70% of dementia cases.”

According to the Mayo Clinic, “Dementia describes a group of symptoms affecting memory, thinking and social abilities severely enough to interfere with your daily life. It isn’t a specific disease, but several different diseases may cause dementia.”

Also, memory loss alone doesn’t always indicate someone has dementia, according to Mayo.

Carriere has more than five years of experience in the field. She obtained her Ph.D. from Auburn University and completed a fellowship at the Mellen Program for Multiple Sclerosis at the Cleveland Clinic’s main campus in Ohio.

Carriere recently worked as a provider in geriatrics for the U.S. Department of Veterans Affairs in Tennessee. She came to the center in July as the caregiving chair.

“With this position, we really hope to elevate what we’re able to provide for our caregivers and really put the science behind caregiving, and that’s really what attracted me to the position,” Carriere said.

Carriere said she’s been primarily in a clinical position for the last several years.

Experiences in her last position for the Veterans Affairs allowed her to see the struggles caregivers endure.

In her position in Tennessee, “she provided evidence-based interventions and support to dementia caregivers within a home-based primary care program, enabling her to better understand the complex needs of caregivers outside of the traditional clinic setting,” a release from the center stated.

“When I was in Tennessee, and I was able to work in geriatric primary care, and really able to, the last year, work with caregivers of neurodegenerative disorders, both from in the clinic and also too within the homes; so it’s providing clinical services in the home, which really gave me a window into the unique struggles and journey of the caregivers, and so this position really aligns quite well with personal and professional goals in terms of my career.”

Barbara Macknin, a Southern Nevada resident, knows the struggles of being a caregiver all too well. She was a caregiver to her husband Michael from 2011 to 2013 when he died of pleural mesothelioma.

“You had this perfectly healthy man that loved his job, loved living here, and had all positive energy,” Barbara said. “Then one day, when he was 63, I guess, he was having trouble breathing. That one day changed our whole life.”

Before becoming ill, Michael was head of the special investigations unit for Bally’s, Harrah’s and Planet Hollywood. In his former home of Jersey City, New Jersey, Michael had worked as a police officer in the past, where his partner on the police force was former Nye County Sheriff Tony DeMeo who died this past summer.

At the time of Michael’s diagnosis, he and Barbara had never heard of the disease, though it would impact them both.

“All of a sudden, not just Michael’s life changed being a patient, but my life changed because I was his sole caregiver, because we don’t have family or friends out here,” Barbara said. “We had been here about 11 years at the time.”

The disease had been brewing in Michael for decades. Barbara said they traced the beginnings of the disease to when Michael was in the U.S. Navy and worked as a boiler tender, which exposed him to asbestos some 47 years prior to him being diagnosed.

The diagnosis impacted them financially and emotionally and in other ways. At the time of the diagnosis, Barbara left her career behind to take care of Michael, she said.

She also wasn’t prepared for everything that her new role entailed.

“…I was grateful for the time but totally unprepared for my role,” she said. “You don’t get the manual. Nobody hands it to you and says here’s what you’re going to do for the next two years. You just learn as you go.”

Barbara said, “It’s hard, and it’s so important that the caregiver realizes that person needs to stay healthy, mentally healthy and physically healthy, so they can do what they need to do for the patient.”

With her husband gone, Barbara is also dealing with her own health issues. She was diagnosed with cerebellar ataxia, a movement disorder, in January 2019.

Today, she is a patient at Lou Ruvo. Though she doesn’t have her own caregiver that would utilize the services at the clinic, she spoke positively about Lou Ruvo’s work to assist caregivers in addition to patients.

“it’s what I was grateful to have the opportunity to do,” Barbara said about taking care of Michael. “But I realized that my life changed equally the same, without the support that Lou Ruvo is certainly trying to make available to families and friends now.”

For the past 10 years, Lou Ruvo has kept the caregiver in mind.

“Commitment to caregiving has just been an enduring, kind of guiding principal for our center,” Carriere said. “We have been able to provide caregiver-specific programs for the last 10 years, funded through very generous donors.”

Some of the studies Carriere works on could help improve the current services available to caregivers that Lou Ruvo offers, which includes education, support groups and other offerings.

“The endowed chair is named after Angie Ruvo, original caregiver to the center’s namesake, Lou Ruvo, and mother of co-founder Larry Ruvo,” a news release from the clinic said.

Lou lost his fight to Alzheimer’s disease in 1994.

The endowed chair is also a tribute to Camille Ruvo, wife of Larry, who has avidly fought to bring attention to the “plight of all caregivers,” according to the release.

The caregiver services that Lou Ruvo currently offers are funded through philanthropy. The endowed chair, funded by private dollars, is also an example of how Lou Ruvo utilizes philanthropy, a spokeswoman for the center said.