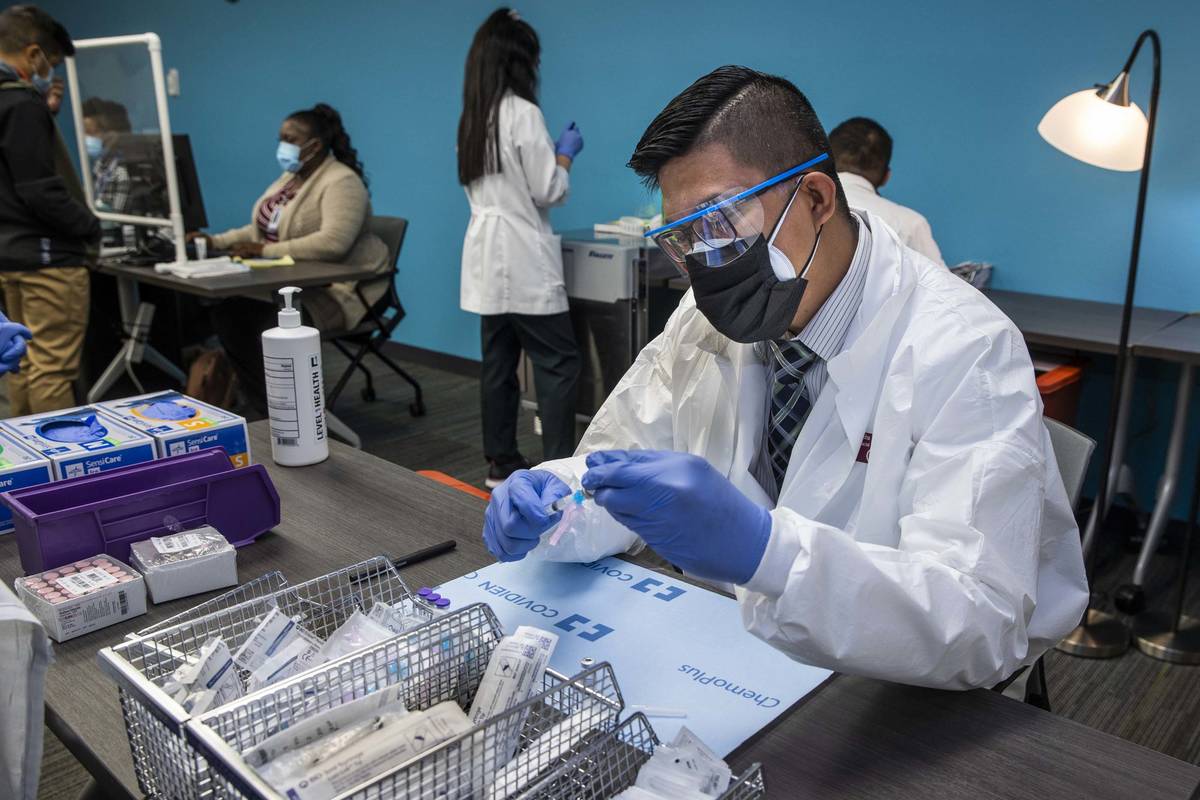 Figures from the state Department of Health and Human Services showed 2,988 new cases and 46 additional deaths over the preceding day. That brought statewide totals to 209,962 cases and 2,871 deaths since the outbreak began at the start of March.

Figures posted Tuesday by the state reflected an undercount resulting from a data reporting problem in Clark County. Wednesday’s reporting had been expected to be inflated to account for that.

On its face, Wednesday’s data would be among five highest daily case and death increases reported to date, all of them in December.

The data also showed the state’s moving two-week positivity rate rose one-tenth of a percentage point, to 19.7 percent, over the preceding day.

The state’s two-week rolling averages on new tests, cases and deaths all were slightly lower, likely due to Tuesday’s depressed figures.

Hospitalizations of confirmed or suspected COVID-19 patients were up slightly to 2,001, according to the state data.

To date the state has conducted 1.98 million tests involving 1.12 million people. Nevada potentially will surpass the 2 million mark in tests on Thursday.