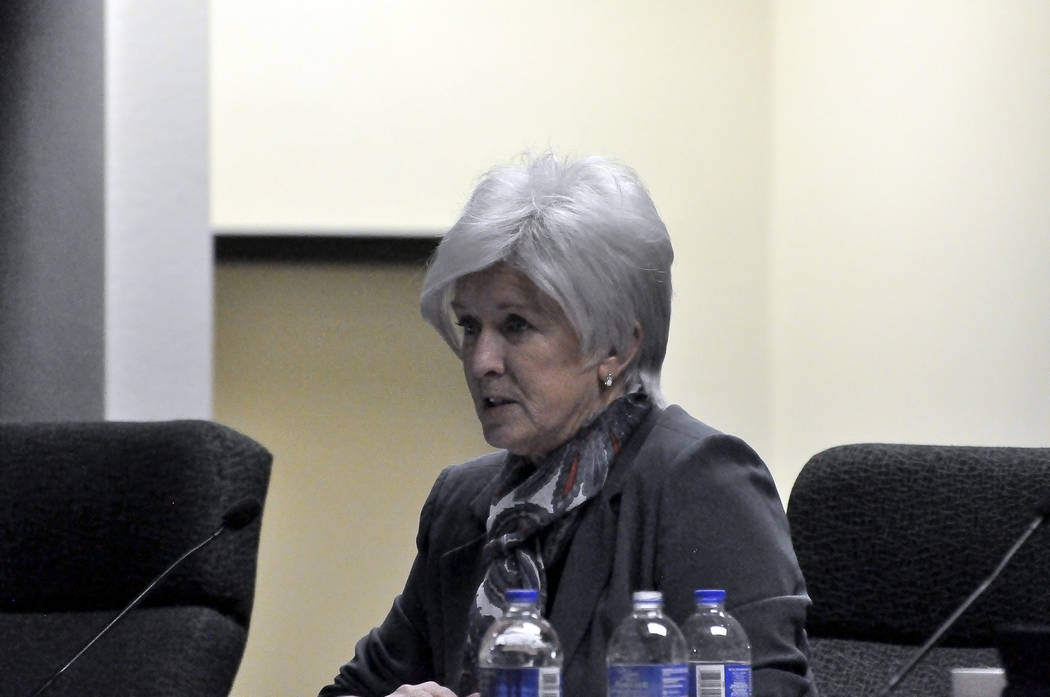 A new amendment to a bill that would modify how annual property tax increases are calculated could help Nye County to fund services, commissioner Lorinda Wichman said.

On Thursday, the Nevada Association of Counties presented the bill that aims to create an annual 3-percent flat tax increase for residential properties across the state.

“With the housing market crash in 2008 and the following reassessment of property values, the county took huge hits to one of our major funding sources. Since 2008, we have lost over 9 percent of our revenue from property taxes,” Wichman said in her testimony to the Assembly Committee on Taxation.

Under the amendment, the annual increase would be set by doubling the previous year’s consumer price index or finding the 10-year average for the growth rate of taxable home value.

If the amendment is approved, officials said the cap could rise to a maximum of 3 percent, where it would be locked.

Wichman said in the current fiscal year, the counties are held to a much lower tax cap than “would be expected” even though the property values have been increasing over the last few years.

“This year, there are several counties, including Nye, that are held to a 0.2-percent cap on increases to the tax bill. The difference between the assessed value and the cap is referred to as an abated tax amount,” Wichman said.

Nye County has faced several financial challenges in recent years as it has cut its staff by 25 percent since 2008 and eliminated non-mandated services.

In her testimony, Wichman said Nye County will soon face the additional expense of replacing its 30-year-old data system, which could cost the county up to $1 million.

Additionally, the county also has to change out all of its voting machines before the 2018 election. This additional expense hasn’t been calculated yet, Wichman said.

While some view Assembly Bill 43 as a tax increase, Wichman compared it to “getting upset at the grocery store when they don’t give you a discount on the listed prices.”

“Using this amendment to AB43, the individual property owner would never see an increase in his bill over the 3 percent already protecting our taxpayers,” Wichman said. “This amendment would provide the counties with the ability to plan ahead when considering their budget and realize some measure of stability in a flawed tax structure.”

The Las Vegas Review-Journal contributed to this report.