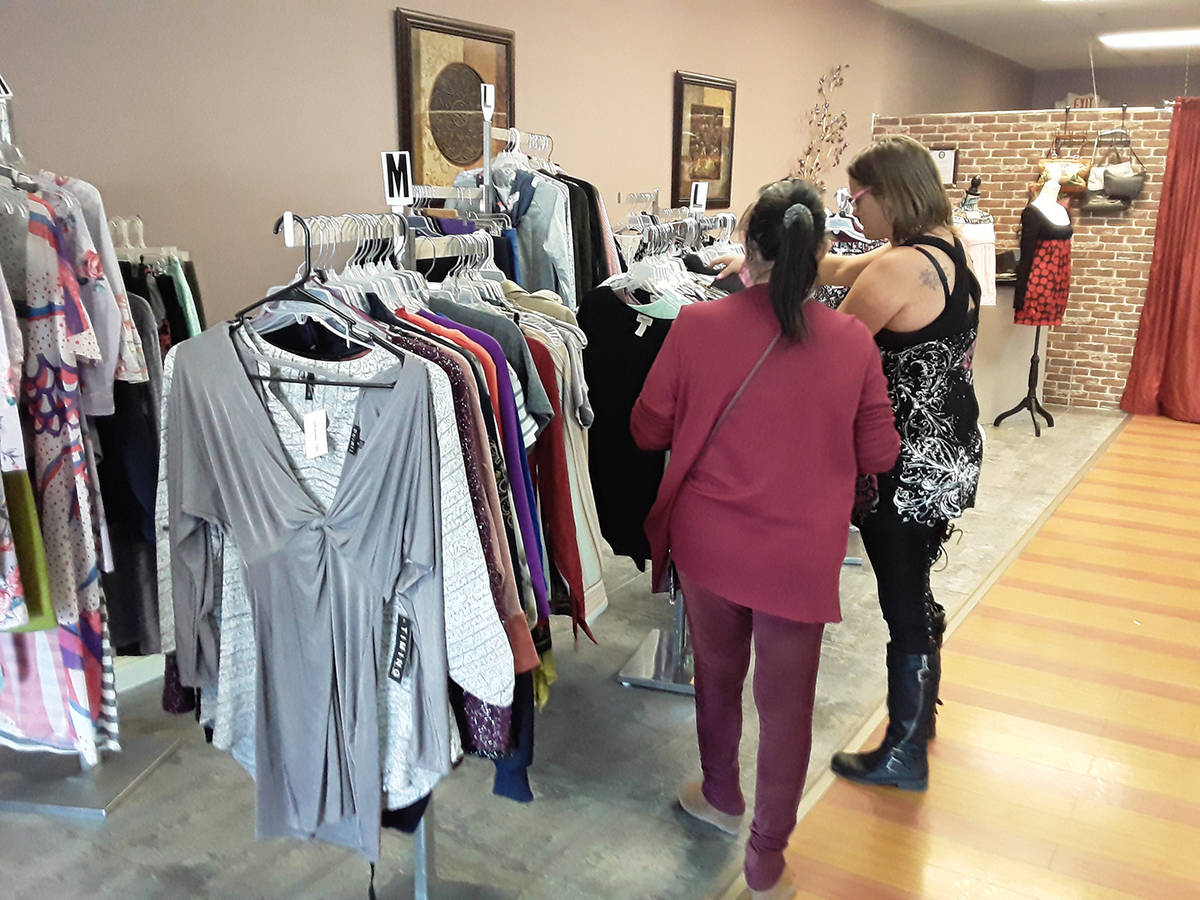 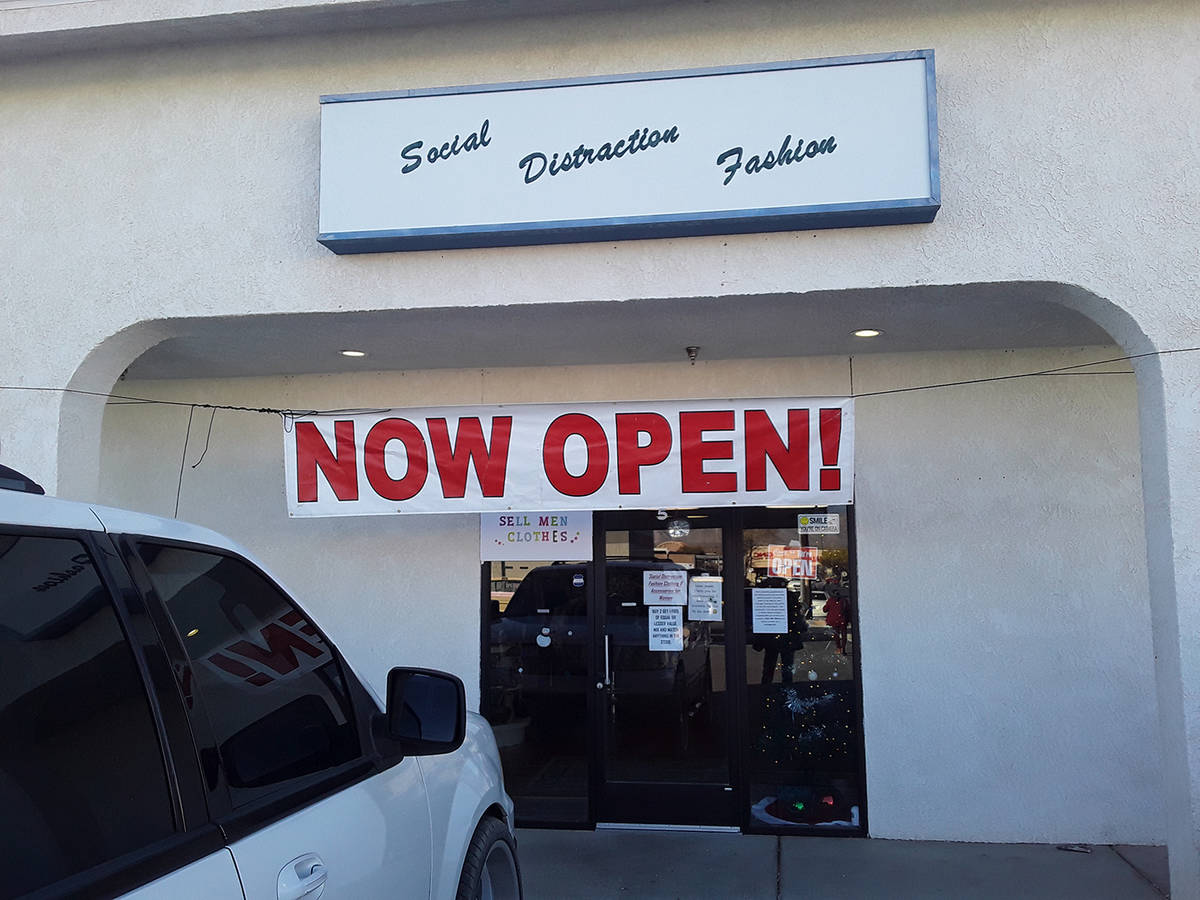 Selwyn Harris/Pahrump Valley Times Owner Ashley Rice, from Las Vegas, opened her store located at 270 Dahlia St., Suite #5. Prior to her new business venture, Rice was a paralegal, litigation specialist and an insurance adjuster for more than 15 years.

At present, opening a new business amid a pandemic requires a certain amount of courage and determination, along with the prerequisite financial means.

But that did not deter Ashley Rice, as she decided to open her business Social Distraction Fashion, located at 270 Dahlia St., Suite #5.

Prior to her new business venture, Rice, a resident of Las Vegas, was actually a paralegal, litigation specialist and an insurance adjuster for more than 15 years.

“I was waiting for a career change so I had an opportunity to make that change and I took it,” she said. “My very good friend opened a business in Pahrump. I was visiting his shop and I noticed that there were no new clothing stores in Pahrump. I spent many years doing something I didn’t enjoy, so I figured it was time to make a change. We’ve been open almost two months and it is my very first business venture.”

“I have everything from wigs, extensions, clothing, jewelry, shoes, purses, you name it,” she noted. “At first, we catered to just women, but I’ve had a lot of guys come in and ask me where is the guy’s stuff? So just this past week, I started carrying men’s items too. Finding a vendor for men was not quite as easy as I thought. It seems that everybody has stuff for women but not everybody has stuff for men. I get my inventory from a vendor out of Los Angeles. I am also looking to get a good shoe vendor. As far as hair, I am very good friends with a family in Las Vegas, where I get a lot of my hair and wigs from.”

As a Las Vegas native, Rice said she actually intended to open her business in Clark County, but eventually settled on Pahrump.

“I really like the small-town feel and I wanted to get out of the hustle and bustle of Las Vegas a little bit, so I kind of fell in love with the place,” she said. “I found the spot and did all of the renovations myself. All of my clothing is new. I also have a small photography studio in the back as well. My mother is actually an award-winning photographer, so I learned from her. The photography is by appointment, and it’s kind of a passion of mine. So it’s clothing and photos.”

Since opening roughly two months ago, Rice lamented that business has been moderate, at best.

“I am not going to lie, business has been kind of slow, but I heard that’s the way it goes with just about any business that is starting out, especially in a small town,” she said. “Since business has been a little slow, and I would like things to take off, we do have special offers, which is something I think I’m going to keep going with.”

Additionally, Rice said she is delighted with her 270 Dahlia Street location.

“To me, it seems like it’s very central even though it’s a little tucked behind,” she said. “But I do like the foot traffic because we have a great Mexican and Chinese restaurant here as well, and everybody has just been so nice. I actually opened my business in the midst of the COVID-19 outbreak, but it hasn’t directly affected me too much.”