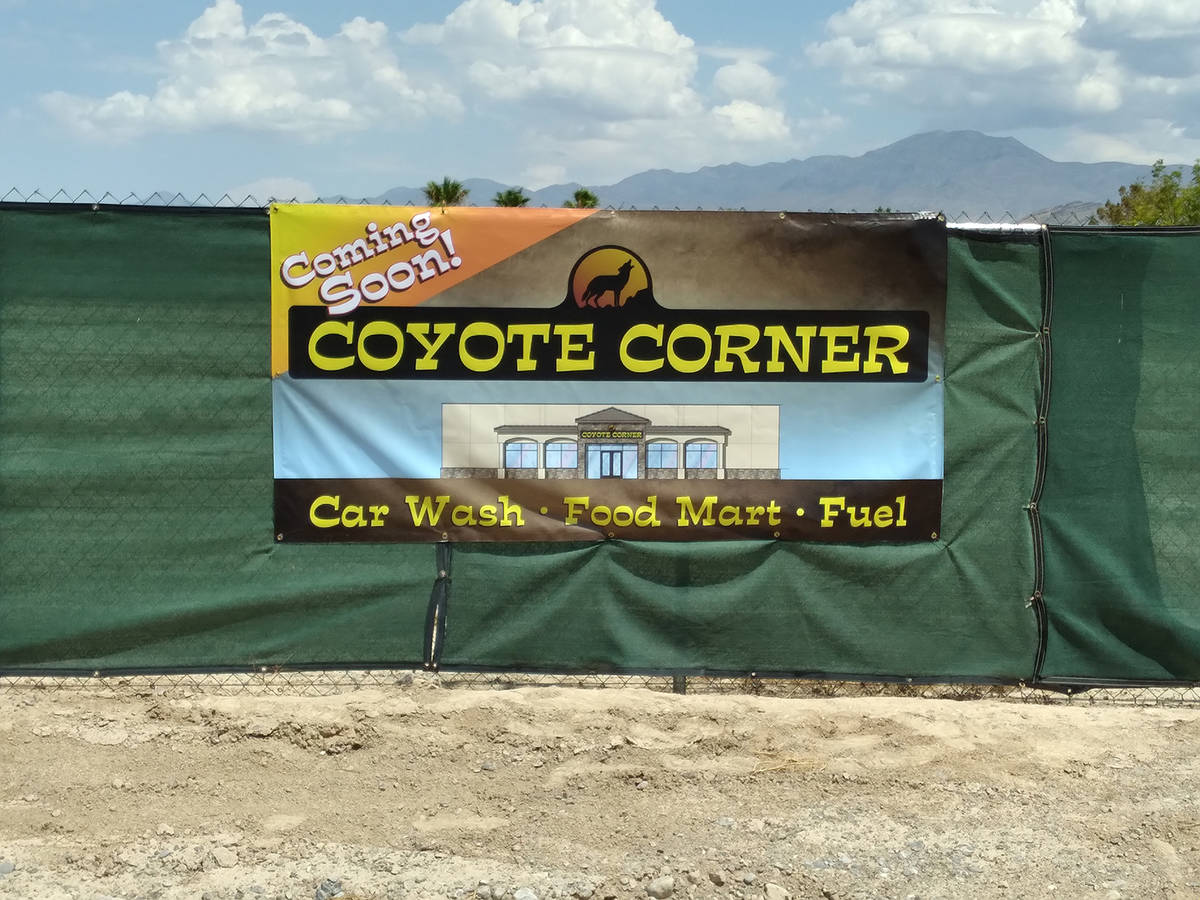 Selwyn Harris/Pahrump Valley Times Construction on a third Coyote Corner at the intersection of Manse Road and Clubhouse Drive adjacent to the Mountain Falls community is expected to begin at the end of September. Owner Wendy Black said the location will have electric vehicle charging stations and a car wash.

Local residents who live in or near the Mountain Falls community can save themselves some time if they need to pick up a few items at a local convenience store.

Wendy Black, the owner of two Coyote Corner businesses in town is planning to open another location at the corner of Manse Road and Clubhouse Drive on the far south end of the valley.

Barring any unforeseen problems, Black said construction on the new convenience store is expected to begin at the end of September.

“There’s just nothing over there,” she said. “A friend of mine told me that they really needed something closer to Mountain Falls, because it’s a huge community and people have to go all the way back into town if they need something. This will be my third Coyote Corner location. We negotiated the price for two and a half acres right there, and we’re ready to go.”

Black also spoke about a first-of-its-kind amenity for residents and travelers at the new location, as she plans to have electric vehicle charging stations at the business.

“We are installing two of them to see if there’s a desire or need for them,” she said. “If it looks like we need more, we have room for six. I have a couple of friends who have electric cars, so of course, most of them would go home and charge them. Some of them have Teslas and these chargers are some of the quickest on the market, so they can give you a full charge in 30 minutes. It’s new to me, and we’ll see how it all works out.”

“It will be an automatic car wash, so it’ll be nice for the people who don’t want to drive into the heart of town to get their vehicles washed,” she said. “I know I like to keep my car clean, but sometimes it’s very hard out here.”

On the issue of attracting other businesses to the south end of town, Black said she has spoken to the proprietors of Pahrump’s Java Junkies, as well as a few nationally recognized fast-food establishments about the prospect.

“Right now, we’re only developing the first half of the property,” she said. “We’ve been talking to Java Junkies about maybe having a little coffee shop in there, but we don’t have anything finalized. I tried to get a Wendy’s or Arby’s to come out here but because of COVID-19, nobody is doing anything, and then of course the price of building supplies have gone out of sight, so nobody’s really doing anything that way. I’ve also talked to PT’s to see if they wanted to put in a nice bar and restaurant, because they do a nice offering, but they’re not doing anything right now because of the cost of the building materials, especially lumber.”

An offer she couldn’t refuse

As a successful business owner in Southern Nevada, Black said she sold her business interests in Las Vegas last year in order to focus more strongly on the Pahrump market.

“We just got too good of an offer on it, so we decided to go ahead and build another one out here,” she noted.