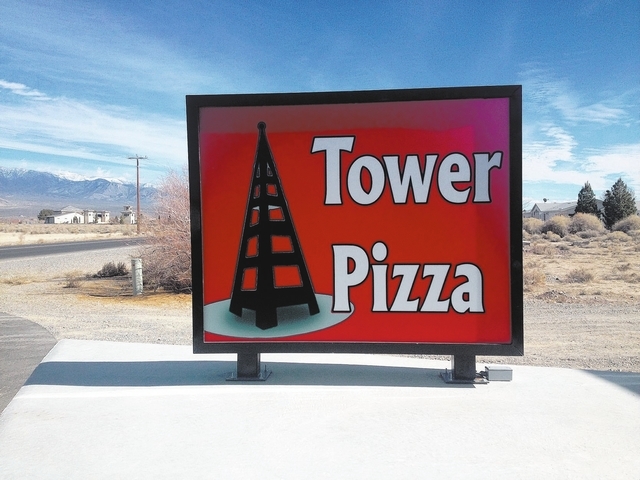 There’s new option in Italian food which opened its doors about three weeks ago on the south end. Tower Pizza, 3561 E. Kellogg Road, isn’t just a pizza place, it’s a trip to an authentic Italian kitchen, inspired by the owners’ mother and grandmother.

Father and son owners John and Vincent Congiu are using “grandmother’s recipes” to make all the sauces — marinara, pizza, Alfredo — and they should be authentic, John’s parents came to the U.S. from Italy. The meatballs are his mother’s special recipe and are on the meatball sub, can be added to a pizza and come with the spaghetti.

The Congius had their first restaurant during the 1990’s in Connecticut, where the food was also authentic, but was “an Italian-style steakhouse,” according to Vincent.

The restaurant here is limited to pizza, salads, burgers and hot and cold “wedges,” a New York term for a sandwich. They also offer an Alaskan salmon burger which Vincent describes as “fresh salmon with crabcake ingredients turned into a patty.” The restaurant also offers steak pizziola, a meaty sandwich with an Italian red sauce. He said, “We’ve been inundated since we opened the doors. It’s been great, and people like the food.”

Although the restaurant does have pizza, there are only two styles. The Italian pizza is 16 inches and has only one cheese — the standard, but high-quality mozzarella. It is a thin-crust pizza. The Athens pizza is 12 inches, has a thicker crust, and is topped with the mozzarella and cheddar. Toppings include the standards but you can add roasted red peppers, artichoke hearts and bacon, too.

Salads include the famously Italian antipasto with standards such as lettuce and tomato, onion, salami, ham, provolone, black olives and roasted red peppers. Vincent said there are any number of other things you can add before you choose a dressing or choose the homemade Italian vinaigrette, which Vincent describes as “oil and vinegar with herbs.” The recipe also came from his grandmother as did her recipe for a soup called chicken stelline with small pasta stars and a homemade stock.

As busy as the restaurant has been thus far, the Congius have hired a full-time chef who started Feb. 15. Vincent noted lack of kitchen help as the reason for opening quietly and without much fanfare. “It’s been so busy, we were afraid to go public until we had a full-time chef here.”

At this time, the liquor license is pending but Vincent said the paperwork has been started. The restaurant plans to offer beer and wine.

Another, more familiar Italian eatery has reopened yet again at Wheeler Springs Plaza.

Papa Willie’s Italian Eatery keeps popping up in various locations around town. Co-owner Teresa DiPreta said, “I’m just a die-hard. I never give up. We thought about retiring but it just didn’t work out.”

Bill DiPreta said, “We’ve always leased space connected to someone else’s business and when change with the owners happens, we lose our stability. You can’t run a business that way. We needed our own space and we have it here.” He said due to the holidays and inspection schedules, it took four months to get the doors open. The restaurant has been gone from the Maverick since Sept. 30.

The restaurant is located at 921 S. Highway 160, Suite 402. It’s the same space where Pahrump Valley Roasters had its sandwich shop and the former location of House of Fortune, a Chinese restaurant which closed several years ago.

The DiPretas have always been known for homemade Italian, but Bill said he’s branching out. “We’ve added a couple of cold subs, fish and chips from cod and a haddock dinner menu item. We change the menu seasonally to adjust the number of things like hot soup, which goes away in summer, when we add more cool dishes like salads.” The hours are from 11 a.m. to 7:30 p.m., Monday through Friday and from 11 a.m. to 8 p.m. on Saturday. Teresa said, “We used to stay open seven days but this time we’re closing on Sundays.”