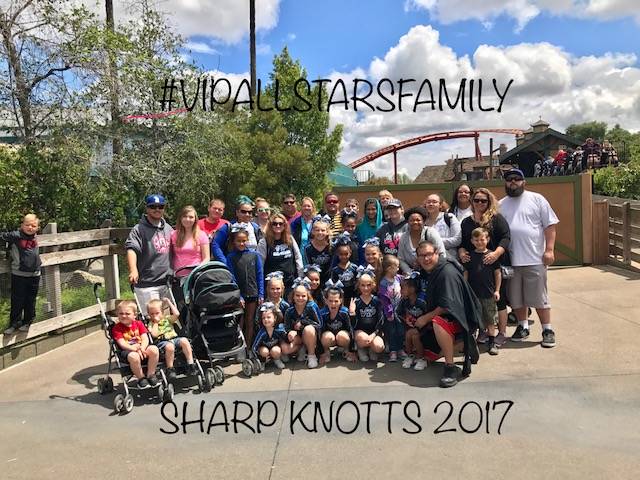 Special to the Pahrump Valley Times The Allstars Athletics family, formally known as the VIP Allstars are seen above earlier this year. The name change went into effect this month. The organization is owned by Natalia Rodriguez, who bought the business from Michelle Ellsworth some three years ago. She said the business is just starting to break even. She said she changed the name to distance the program from Ellsworth because of Ellsworth’s problems in Washington. 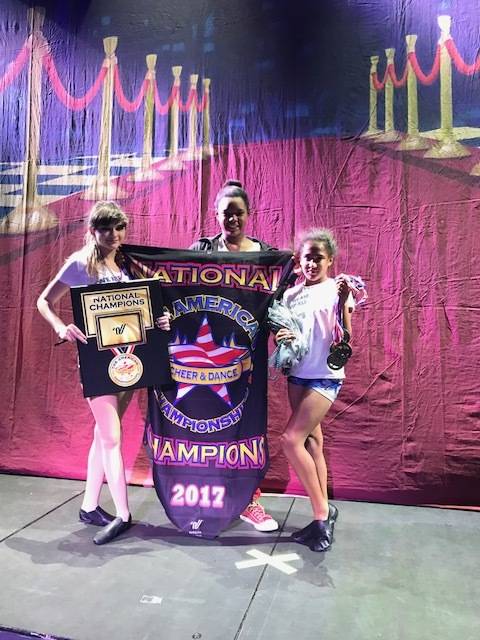 VIP Allstars in Pahrump has changed its name to Allstars Athletics.

The name change comes after former owner of VIP, Michelle Ellsworth faced problems in Yakima, Washington, after she folded her Triple Threat Allstar cheer program after members were charged for memberships and no refunds were issued, TV station KIMA-TV reported.

KIMA in Yakima ran the story on June 8 about the abrupt closure, and police told KIMA that there were no charges pending and that it was a civil matter. Ellsworth wrote a letter to gym members on June 2, and said she closed for financial reasons, including delinquent accounts and facility costs.

The name change in Pahrump is an attempt by the owner of the Pahrump cheer squad to distance itself from the former owner.

“We are doing so well and things are getting better,” new owner Natalia Rodriguez said. “I want people to know that we have nothing to do with Ellsworth and her business in Washington.”

Rodriguez posted this note on her Facebook page on June 4 just days after the news broke in Washington about Ellsworth.

“We bought the assets from Michelle from her old gym in Pahrump,” Rodriguez wrote on Facebook. “We have struggled and are still struggling to maintain a competitive cheer gym. It has been a battle but with the support of committed parents and athletes and my friends and family, I have managed to at least start to break even. Thank you so much to everyone that has supported me and my gym.”

“I believe if I hadn’t bought the company, the same thing that happened in Yakima would have happened here,” Rodriguez said. “… So many people had bought uniforms and stuff. I thought I could turn things around. I don’t think I got a great price for this. I feel I really didn’t get anything from the business equipment-wise.”

Rodriguez feels things are headed in the right direction now.

Kayla Crandall still has her kids enrolled in the program.

“I have a daughter going to middle school next year and she likes the cheer program and the traveling,” Crandall said. “We have been going for three seasons now. It’s an amazing gym. They have a lot of different programs along with cheer and dance. Natalia is caring and takes a lot of time with the kids to teach them and work with them.”

Crandall said Rodriguez is highly organized and she is satisfied with how the organization tries to save the members money.

“We order uniforms a bit bigger so they last for three seasons,” Crandall said. “I feel it’s cost effective. We are trying to rebuild the gym. We are a close family and all pretty close.”

In addition to dance and cheer programs, the gym also offers boxing and jiu-jitsu.