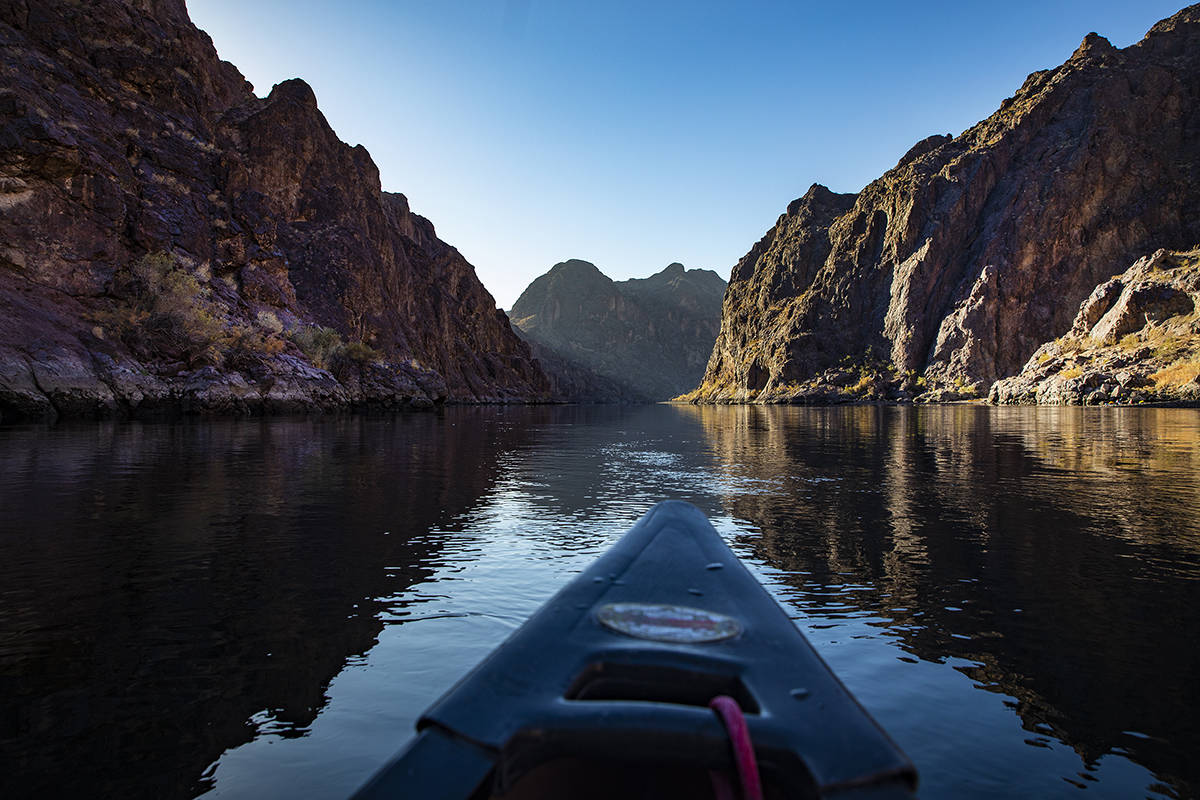 Officials in Lower Colorado River Basin states want to slow the decline of Lake Mead’s water levels over the next few years by paying Southern California farmers not to plant crops.

It’s not a plan that Bill Hasencamp, manager of Colorado River resources for the Metropolitan Water District of Southern California, considers a “drought buster,” but it will reduce lake level decline by up to 3 feet over the next three years, he said.

The program comes as the Lower Colorado River Basin braces for the first federally declared water shortage in Lake Mead, a determination that should come Monday when the Bureau of Reclamation releases water level projections.

Under existing river agreements, Nevada, Arizona and Mexico will take cuts to their allocations of water next year.

A shortage declaration for 2022 is expected. What officials don’t know at this point is what will happen the following year, Hasencamp said.

“And this three feet will help, perhaps, reduce the pain from a more severe cut in 2023,” he said.

The original agreement allows the water district to pay farmers in the Palo Verde Irrigation District to temporarily not plant crops on portions of land. Water saved by not irrigating that farmland is then made available for urban use in Southern California.

Because the Metropolitan Water District’s water reserves are so high, the existing program is now operating at the minimum level outlined in the agreement, Hasencamp said.

That presented an opportunity to use the remaining capacity of the program to benefit Lake Mead. Hasencamp said he approached the other agencies participating in the program in May.

The Metropolitan Water District will continue to get water from Palo Verde at the minimum level outlined in the original agreement, but the difference between that and the total water savings under the new agreement will be banked in Lake Mead to slow the decline of water levels.

The federal government will pay for half of the program cost under the new agreement, with the three water districts splitting the rest.

Officials estimate the program could keep up to 180,000 acre-feet — equal to 60 percent of Nevada’s annual river water allocation — in the lake.

If for some reason the Metropolitan Water District needed more water, the agency could take over the payments and keep the water for its own use.

“But that is an extremely unlikely event,” Hasencamp said. “We really don’t foresee triggering that at all.”

Part of the significance of the agreement is the Palo Verde Irrigation District’s willingness to contribute some of its water to Lake Mead, said Chuck Cullom, manager of Colorado River programs for the Central Arizona Project.

“They should be commended for their foresight to step forward at this time, in this very dry hydrologic runoff year, to be willing to forgo some of their farming to benefit the Lower Colorado River system,” Cullom said.

Palo Verde will not contribute any more water than the maximum amount that was outlined in the original 2004 agreement.

In a statement, Southern Nevada Water Authority General Manager John Entsminger said the plan is a good example of what can be done in partnership with farmers to protect Lake Mead.

“To successfully manage these shortage conditions over the next few years, every sector of the Colorado River community within the basin will need to step up and take strong action to conserve and preserve this resource,” he said.