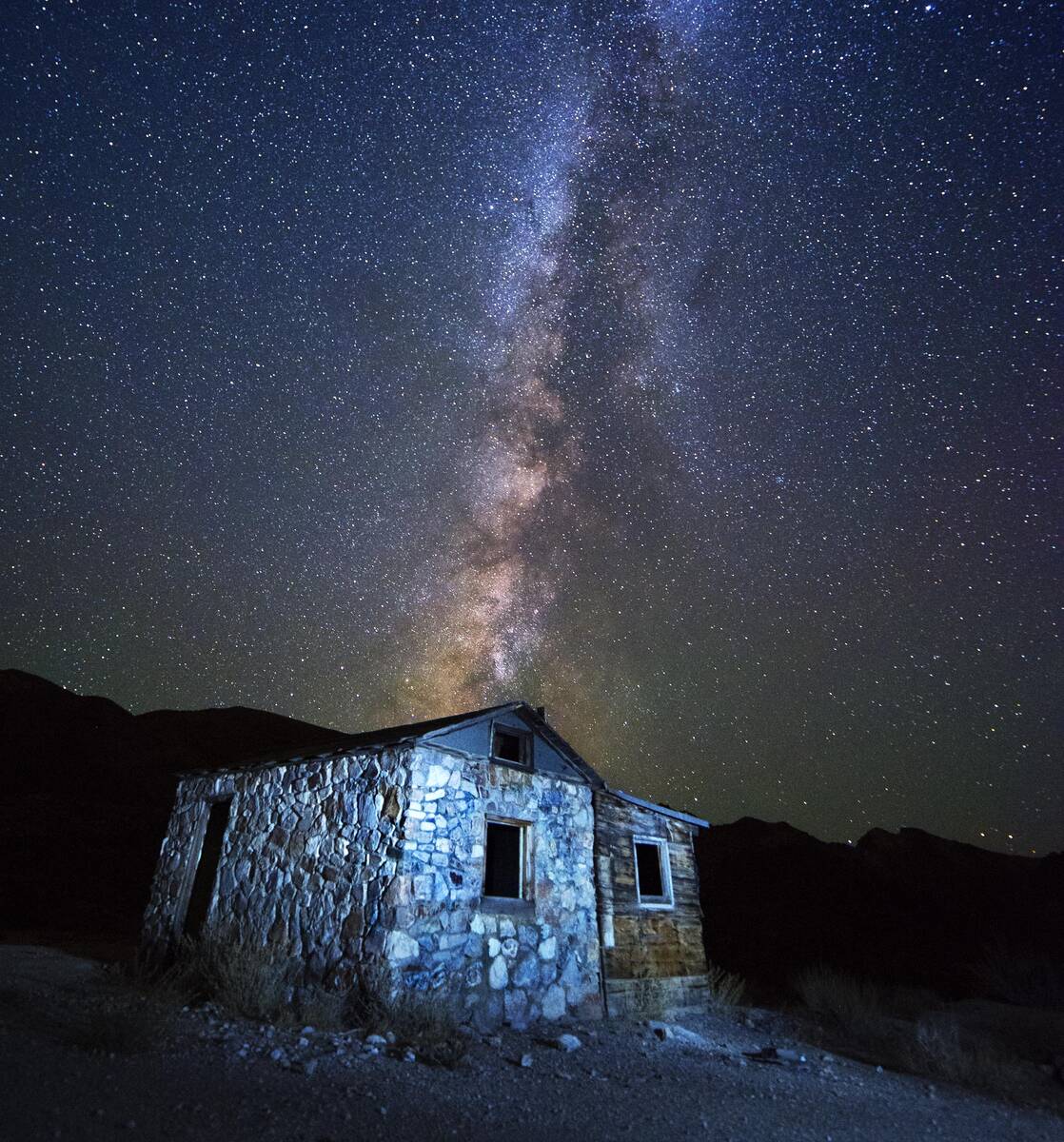 Richard Stephens/Special to the Pahrump Valley Times A new program Park to Park in the Dark promotes astronomy enthusiasts to check out the night skies in rural Nevada.

“Coming Soon to a Universe Near You,” as founding organizer Elizabeth Woolsey puts it, is a new program encouraging astronomy enthusiasts to take advantage of the dark night sky in rural Nevada.

The IDA designates such parks because of their “exceptional or distinguished quality of starry nights and a nocturnal environment that is specifically protected.’

Park to Park in the Dark literature says that, “The ability to see pristine dark sky landscapes is becoming inaccessible for billions of people around the world. Light pollution has crept up on humanity. Astro-tourism, tourism using the natural resource of unpolluted night skies for astronomical, cultural, or environmental activities—is on the rise as people are seeking environmentally sustainable travel opportunities for astronomy and stargazing pursuits.”

Saying that “Nevada has an incredible asset n the dark night sky,” the literature goes on to say that astro-tourism has the potential to help communities diversify their tourism economies and promote economic growth.

The Park to Park in the Dark team includes leaders from the affected communities, and representatives from the Bureau of Land Management, US Forest Service, Nevada State Parks, Friends of Nevada Wilderness, Basin & Range Dark Sky Cooperative, the Nevada Division of Outdoor Recreation, Travel Nevada, and park rangers from both National Parks.

Park to Park in the Dark goals include promoting the Parks and their astronomy programs, promoting the value and benefits of dark sky preservation, and promoting natural, cultural and business offerings in the communities along the route, focusing on where to stay, eat, and explore.

Under development are “itineraries and educational opportunities at the parks, in the communities and at unique destinations along the route.”

There are also plans to “develop rest areas and wayside exhibits that provide information about Native American astronomy and culture.”

Grants from Travel Nevada have funded the creation of a Park to Park in the Dark logo and a poster, and are making possible the development of a website and a brochure, both of which are in the works.