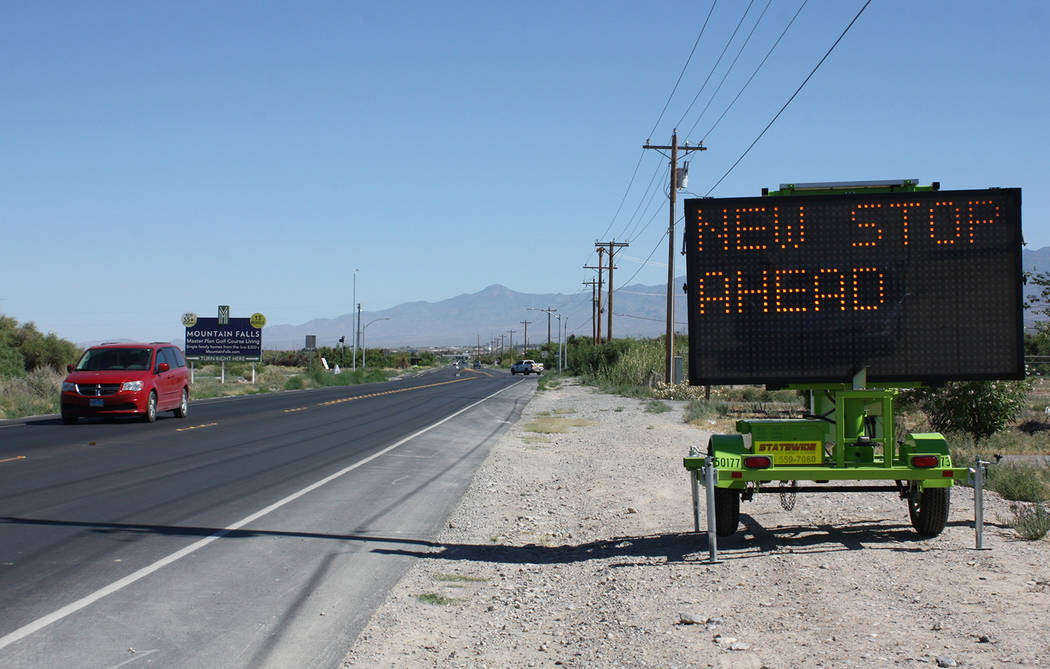 Robin Hebrock/Pahrump Valley Times New stops signs are going up around town, with notifications posted alongside the roads that will be affected. Pictured is Homestead Road near the intersection of Manse Road, where the intersection will soon become a four-way stop. 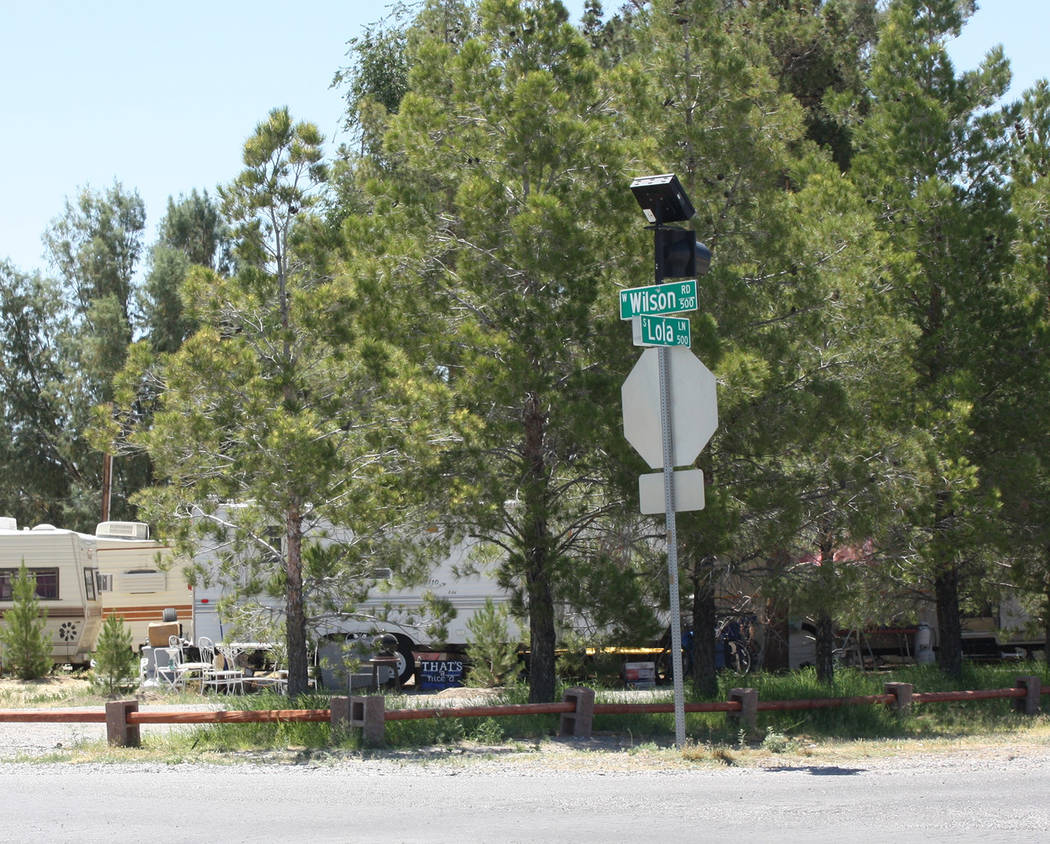 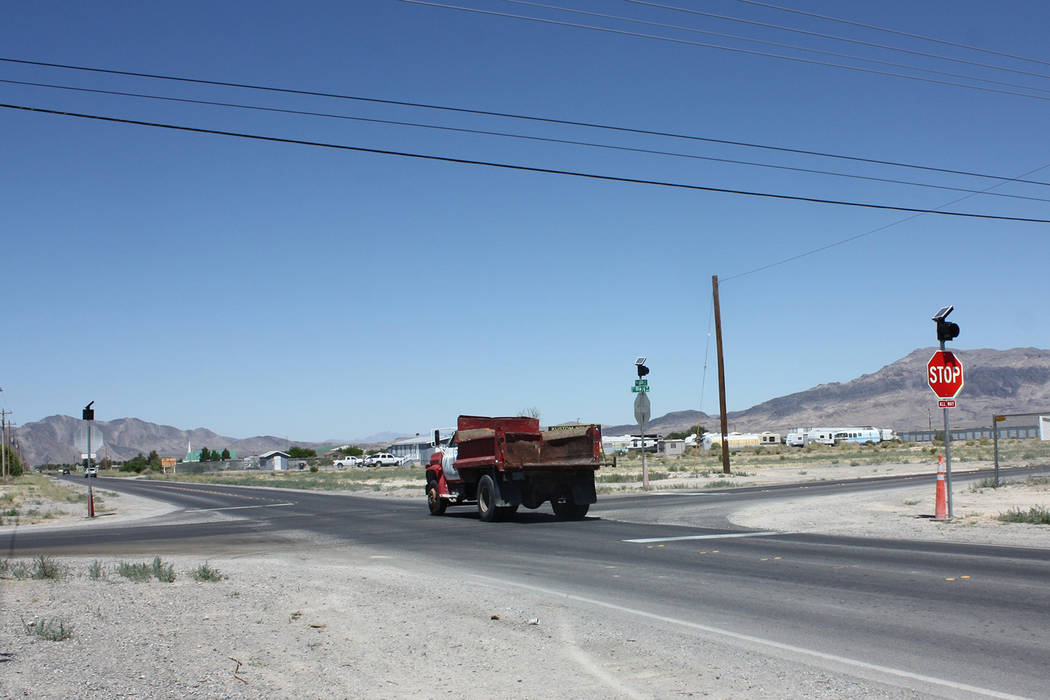 Robin Hebrock/Pahrump Valley Times Mesquite Avenue at the intersection of Blagg Road, pictured in this June 19 photo, has already had its new stop signs installed.

Pahrump residents and visitors familiar with the area are seeing some alterations to their usual traffic patterns as Nye County undertakes the installation of new stop signs at certain intersections in the valley, aiming to address safety concerns and reduce the number of vehicle collisions in those areas.

There are three specific intersections targeted for the changes. Included are Wilson Road at Lola Lane, which is a common access point for Desert View Hospital and the Pahrump VA Clinic, the high-traffic intersection of Homestead Road at Manse Road on the south side of town and the intersection of Mesquite Avenue at Blagg Road in the north part of the valley.

The latter of these, Mesquite Avenue and Blagg Road, has already had its new stop signs put in place while the other two intersections should see theirs placed by July 1, according to Nye County Public Works Director Tim Dahl.

“There are reader board signs in place to announce an upcoming traffic change at the intersections of Wilson Road at Lola Lane and Manse Road at Homestead Road. We have already advertised and installed four-way stop signs at the intersection of Blagg Road and Mesquite Avenue,” Tim Dahl told the Pahrump Valley Times on Tuesday, June 18.

Some may question the additions to the valley’s roadways but Dahl explained that the new stop signs were determined to be necessary and furthermore, were requested by both county officials and residents alike.

The new signage will be installed by the Nye County Road Department and will take effect on July 1, Dahl said.