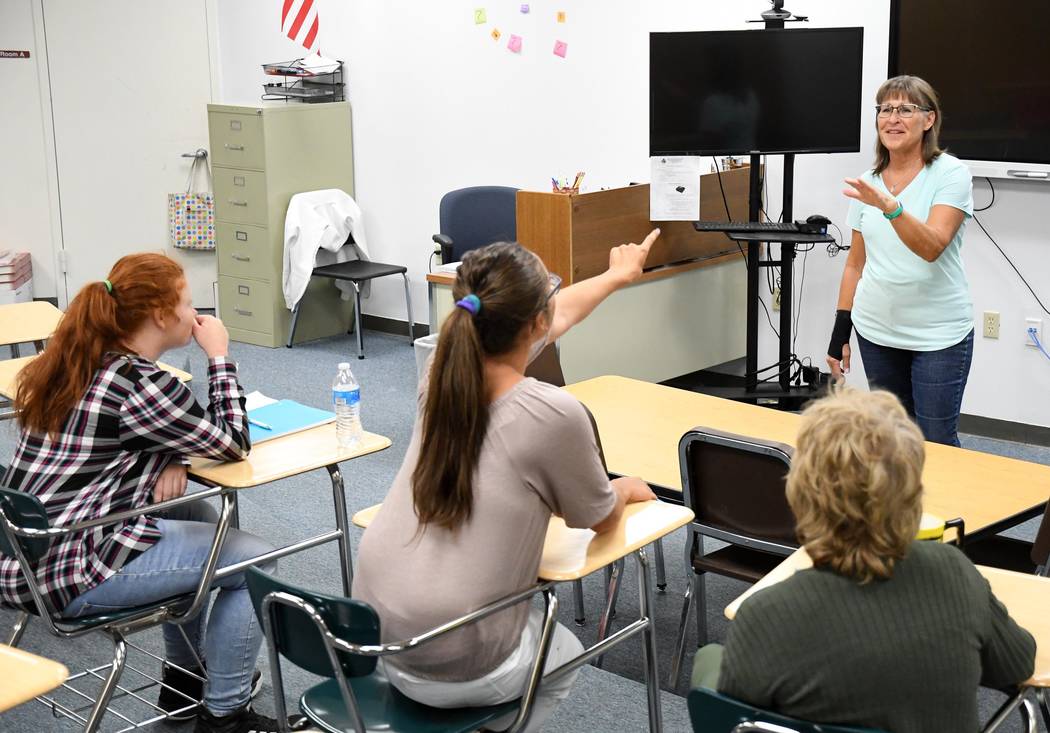 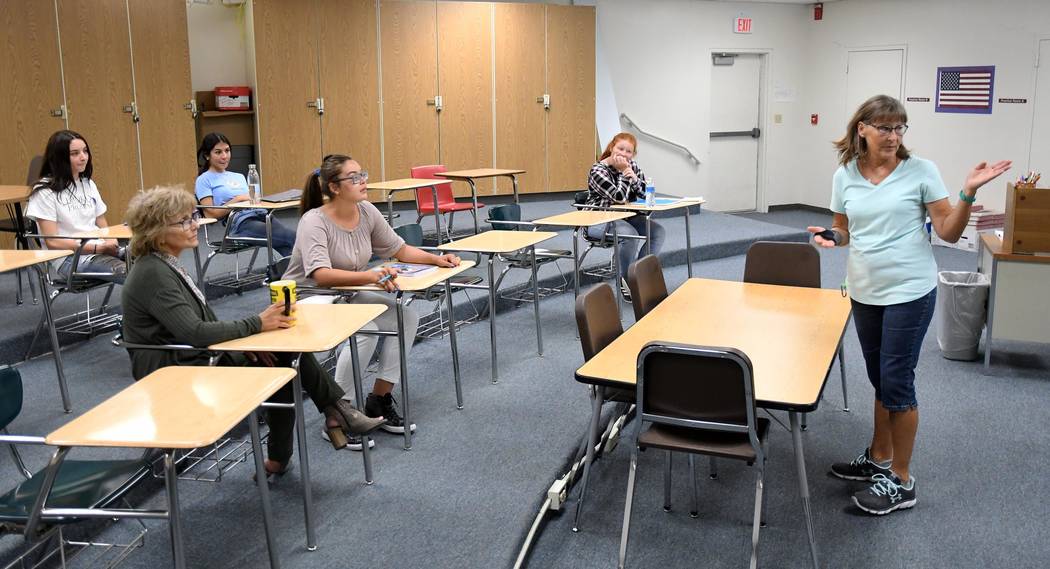 Richard Stephens/Special to the Pahrump Valley Times All of the schools have gone to a four-day week, which also means that the school days have been lengthened to provide the required instructional time. This photo shows Lorraine Gjefle teaching a health science services class.

The first day of school in Beatty was a blur of activity as students, faculty and staff adjusted to new schedules and other changes.

All of the schools have gone to a four-day week, which also means that the school days have been lengthened to provide the required instructional time.

Little else has changed in the elementary school, but middle school students will be receiving instruction from more teachers than in the last few years.

Vonnie Gray, who had been teaching all middle school subjects except physical education, retired at the end of last year, and rather than replace her with one new teacher, Principal Chris Brockman brought in two. One is Beatty High School graduate Eric Moen, and the other is Benjamin Pennington, who previously taught in Pahrump.

In the past, one teacher from the high school, Leo Verzilli, also taught P.E. in the middle school. This year, he is joined by Carl Hughes, who will teach computer science.

Principal Brockman says that the old arrangement “wasn’t fair to Mrs. Gray or to the kids. Now the students will see four teachers every day instead of two.”

A brand new program is being launched in the high school this year—a health sciences services class, being taught by Lorraine Gjefle. Students who take this class will get a foundation in the nature and terminology of careers in the health industry.

In her first class of the first day on Monday, Gjefle told the students, “This is ground zero with this course. You guys are going to help to build and grow this program. It’s like a construction project.”

The health sciences class is also to be teleconferenced to the high schools in Tonopah and Round Mountain, and a more advanced course is planned to be added next year.