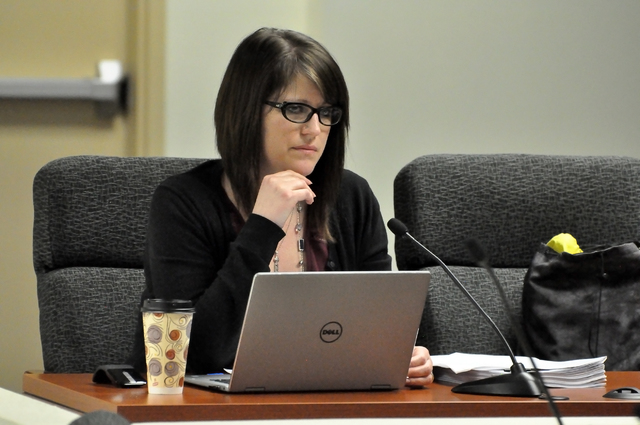 Nye County continues a positive financial trend, according to the county’s most recent report that tracked revenue from December.

County Comptroller Savannah Rucker said the county collected $1.6 million in revenue in December, bringing the county’s actual revenue to $12.6 million for the first six months of the fiscal year, down $171,473 from last year.

However, Rucker has projected a strong January with $3 million in revenue.

“January is going to be a strong month with (consolidated tax) coming in from October,” Rucker said. “We will see an increase in revenues moving forward. I know we are at 40 percent received to date, but that number does jump significantly in January.”

County Commissioner Lorinda Wichman said the county will also receive payment in lieu of taxes (PILT), but it’s not going to be fully funded.

“In the last fiscal year we were provided a PILT payment that was less than the prior year,” Wichman said. “Congress has not finalized a new budget for this year. In order to avoid the country shutting down while waiting for an approved budget, Congress approved a continuing resolution that would continue funding based on the prior year’s budget. So for a second year in a row the PILT will be the same as it was in the prior year, which is not the full funding of PILT.”

During the Nye County Commission meeting Jan. 17, Rucker discussed several departments whose estimated annual percent of the spent budget was trending high. Among them were comptroller and information systems.

“Services and supplies are projected to be 309 percent (in the comptroller department), and the reason for this, my department split service invoices with IT for the enterprise financial system and that bills about $95,000. I’m actually absorbing it into my budget due to two vacancies, still in my office. As we move through the month, we are going to do a budget adjustment and move the budget from salaries and benefits into services and supplies.”

In addition, IT has overages in budgeted salaries and services and supplies. Rucker said the department has frontloaded contracts so they prepay and encumber their annual services at the beginning of the year.

“And the projection is high, however, that includes those annual service contracts. So if you see any encumbrances that are large for any department and their estimated annual budget is high, it’s because of the frontloaded contracts,” Rucker said.

On Jan. 12, Nye County also appeared before the Committee on Local Government Finance. The entity placed Nye County on fiscal watch in 2016.

“They did commend us on how well we are doing and how much improvement they’ve seen in this audit over previous years,” Rucker said.

Wichman said the county continues to appear in front on the committee because it “has nothing to show for the hospital district at this point and they want to see something.”