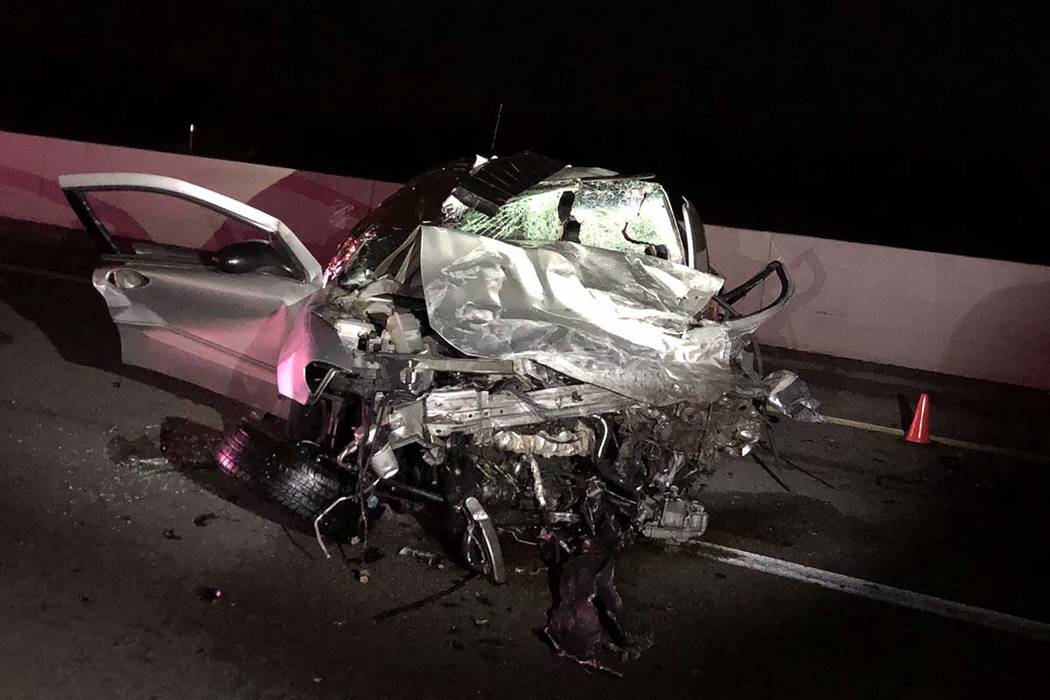 One of the vehicles involved in a wrong-way crash that left two people dead on Thursday, Dec. 5, 2019, near Primm. (Nevada Highway Patrol) 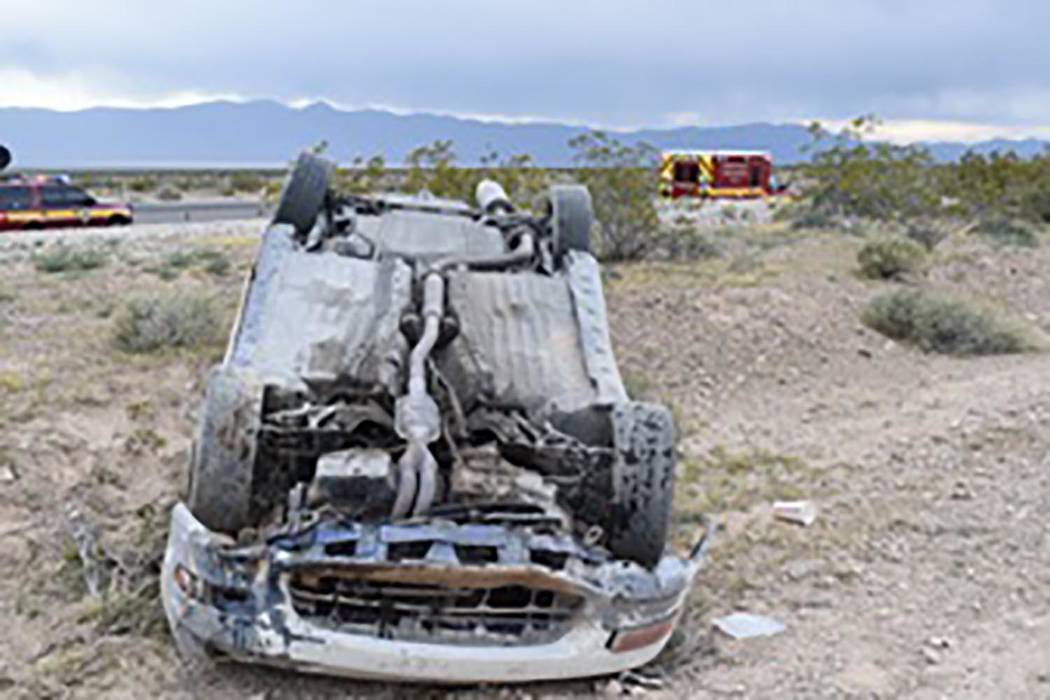 Special to the Pahrump Valley Times A look at a single-vehicle rollover crash along Nevada Highway 160 in 2019. 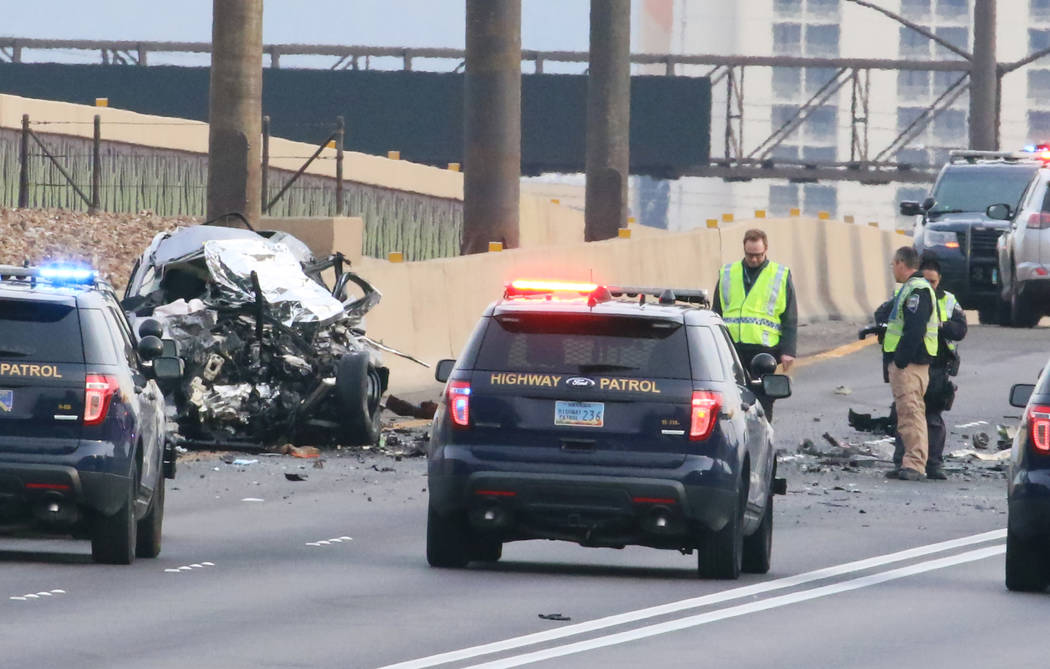 The number of deaths in the area patrolled by the Southern Command was down slightly from the previous year, when 77 people perished, according to the NHP.

But the agency said in a statement that this is “no time for celebration.”

“One life lost on our roadways is too many and as we all know by now, almost every single traffic fatality is preventable,” the statement said,

The Highway Patrol said causes of fatal crashes continue to be evenly distributed among speed, impairment and failing to wear seatbelts.

“Our community needs to continue to always buckle up, drive sober, drive the speed limit and put the phones down while driving,” the Highway Patrol said.

“The Nevada Highway Patrol is committed to the goal of zero fatalities, and our troopers work tirelessly to ensure the safety of our motoring public,” the NHP said in a recent statement. “In 2019 our troopers made 89,770 traffic stops in Southern Command alone.”