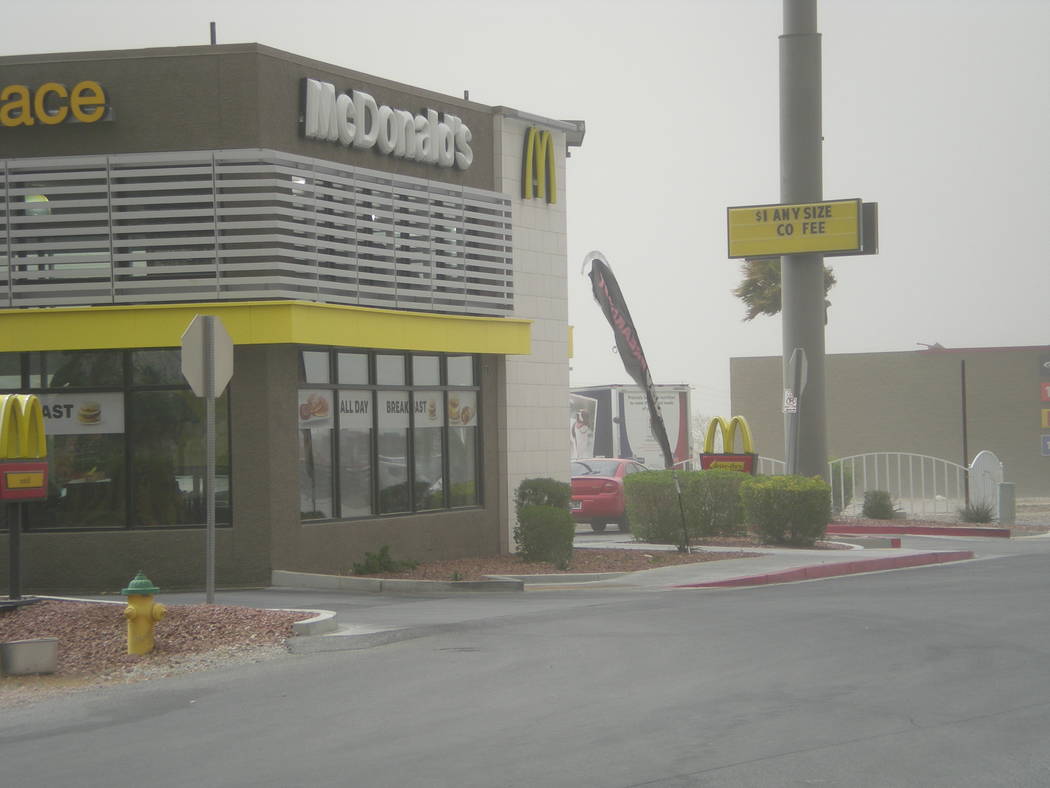 Vern Hee / Pahrump Valley Times A flag at McDonald's on Highway 372 is thrashed about during the March 30 windstorm. 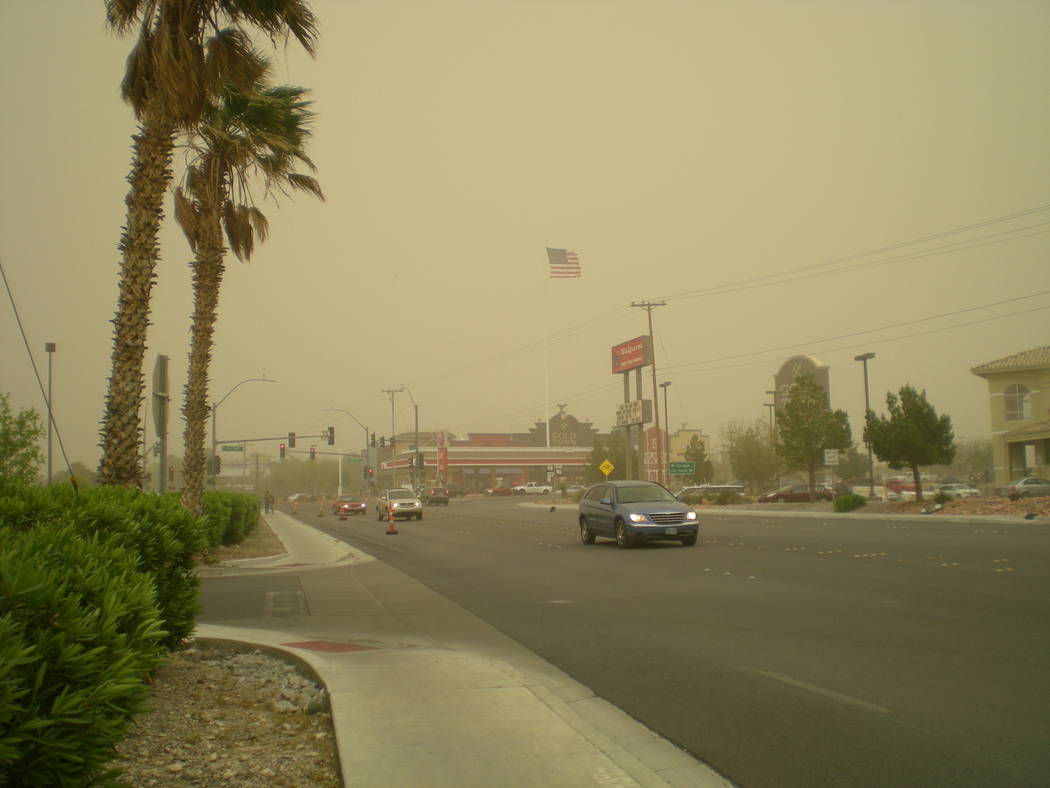 Vern Hee / Pahrump Valley Times The view of the wind-whipped flag at the Pahrump Nugget during the March 30 windstorm.

Despite gusty conditions at times, the Pahrump Valley and surrounding areas can expect mostly pleasant conditions today and throughout the weekend.

The National Weather Service issued its updated forecast Thursday as the weekend nears.

Friday’s daytime is expected to reach 79 degrees under sunny skies, with winds blowing in from the southeast ranging from 15 to 20 mph. Gusts may reach upwards of 28 mph.

Friday night brings mostly cloudy conditions with a low around 55 degrees. Southeast winds Friday evening are expected to reach 15 to 18 mph, gusting as high as 25 mph.

On Saturday, expect a 30 percent chance of showers, after 11 a.m., with partly sunny conditions with a daytime high near 72 degrees throughout the day. Winds are expected to gust upwards of 28 mph.

Saturday evening calls for mostly clear skies, with a low around 43.

Sunday brings sunny conditions with a high near 70, while Sunday night will be clear with a low around 43.

On Monday sunny skies will provide for a daytime high near 75 degrees.

Later in the evening skies will be cloudy with a low around 47.

Tuesday will be mostly sunny, with a high near 78, and an overnight low of around 49 degrees under clear skies.

Wednesday looks to be sunny, with a daytime high near 80.

The weekend forecast comes as a stark contrast to last week’s forecast where gusts up to 60 mph contributed to motor vehicle collisions due to reduced visibility while toppling high profile vehicles.

Damage to property around the area was also reported.