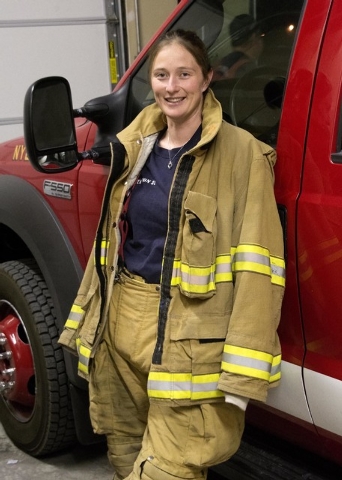 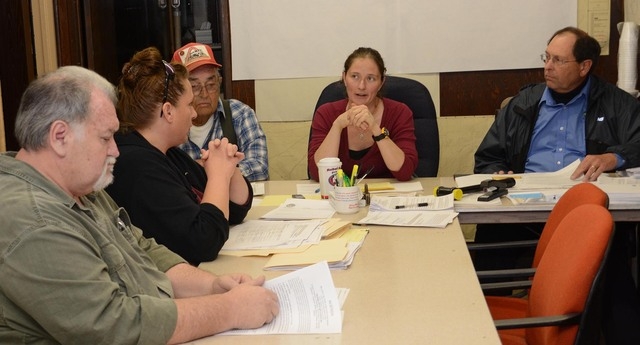 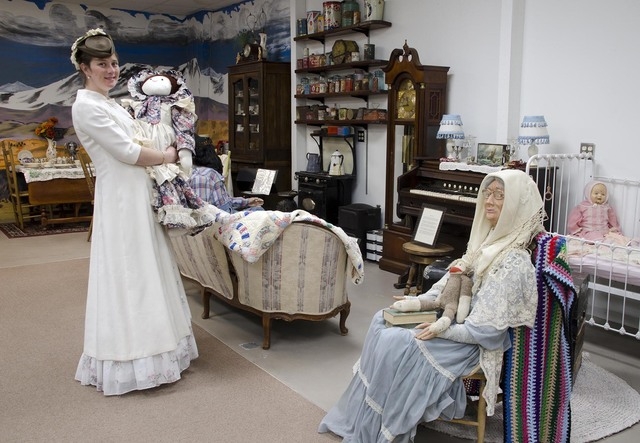 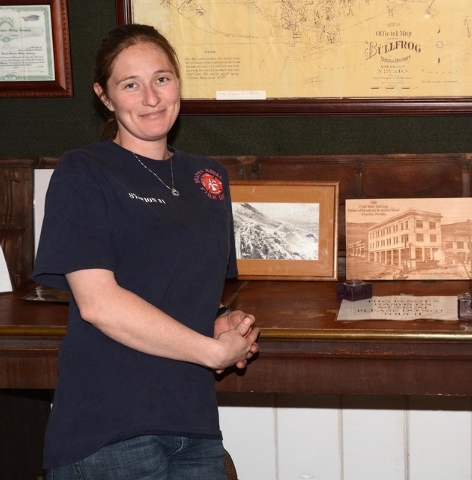 Beatty residents tend to laugh whenever a big-city reporter refers to Beatty as a “sleepy little town.”

Truth is, that if it is sleepy, it is because its populace is busy doing things that typically require more people in larger communities.

Probably no one in Beatty knows this better than 30-year-old single mother Amina Anderson.

Anderson, the manager of the Beatty Museum, currently serves as chairman of the Beatty Water and Sanitation District Board of Trustees, is a board member and secretary of the Beatty General Improvement District, and is vice-president of the Beatty Chamber of Commerce. She also serves on the Beatty Volunteer Fire Department, and was Fireman of the Year in 2012.

Asked why she is serving in so many capacities, she smiles and says, “I’m a sucker. I have a hard time saying no.”

Then she gets serious and says, “It’s easy to want to be involved in this community. There are good people in it. It’s a nice town, and you want it do well — to thrive.”

“It doesn’t hurt that I have roots here. My great-grandparents, Fred and Gracie Davies, were here. My grandmother, Claudia Reidhead was born and raised here. I remember taking the bus up here in the summer to spend time with her.”

She adds, “I think these things are important in a small community like ours. I just feel I’m an involved citizen, and I think that it’s important for the next generation, for my generation, to become involved.”

About the Water and Sanitation District, she says, “Water is very important. You don’t survive long without it. You want to make sure you’re involved in making good decisions for the future.”

As for the General Improvement District, “This is the parks and recreation group. All the places our children have to play, and the things they have to do are molded and maintained by this group.”

Anderson says it is rewarding to see a successful Beatty Days, which is a Chamber of Commerce undertaking that takes “a year of planning and preparation.” Through this event and various things it does to promote Beatty and attract visitors, the chamber brings in room tax revenue, and “that funds a lot of the things that happen in this town.”

She says that there is a lot of pride in being a member of the volunteer fire department, but not a lot of thanks, but, “the camaraderie with the guys makes it one of my favorite things.”

Anderson feels a special connection to the museum, of which her late grandmother was a co-founder. She often puts in extra time after hours putting together displays and doing other work to improve the museum. She interjects that the museum is currently in need of someone to fill a vacancy on its board.

As for balancing all these responsibilities with motherhood and life in general, she says, “I tend to let everything pile up at home — laundry, house cleaning — then there comes a day when I dive in and tackle it all at once. It’s not easy. It’s challenging, and it’s time consuming, but for the future generations I hope it’s beneficial.”