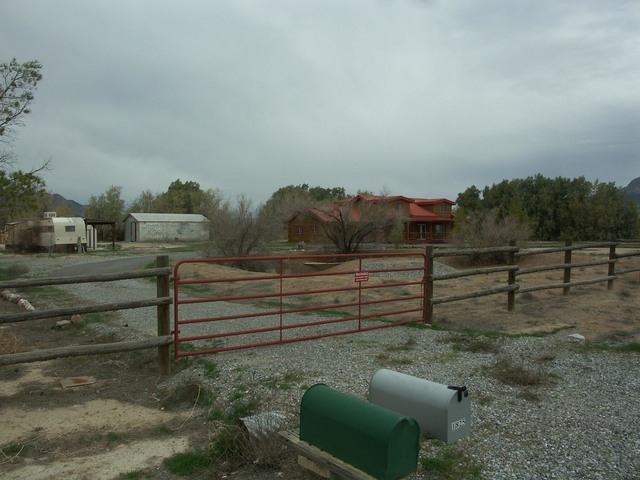 Shelter Director Susan Cronin said the property on the north end of town is more than suitable for the shelter’s needs. The four-acre property is located along the 1800 block of Hays Street, with plenty of room for the facility to expand.

It also meets the zoning and planning regulations, and would cost $249,000, which Cronin called a good deal.

“It had one owner and it’s in great condition,” she said. “It was hand-built. There’s a goat farm behind it and there’s a large metal structure on the property. To me it looked just like a dog park.”

With a capacity of 31 dogs, a recent seizure of 67 dogs from a home in Tonopah, prompted Cronin to look for a more spacious facility to house the animals.

However, the need for a new home comes as Nye County cuts $225,000 in funding to address the government’s local growing budget deficit. The county wants to shift financial responsibility for animal shelters to the towns.

“Our contract is up at the end of this month and I have no idea what is going on,” Cronin said. “I haven’t heard a thing yet and our board recently had a meeting and they were very upset about the conditions up here with all the excess dogs.”

The dogs, according to Cronin, are recovering quite well after arriving at the shelter malnourished. She said the ordeal has also taken a toll on employees.

“The 67 dogs that we received this month are doing fine now,” she said. “I don’t know about us though. We have two full-time employees and five part-time employees. Some of our employees here are getting sick because they’re not eating and sleeping right.”

Bette Lynne Fuchsel, 69, was arrested Feb. 24 after Nye County Animal Control and Sheriff’s deputies responded to her home at 24 Cody St., rescuing 67 Whippet dogs and two cats on the property.

Fuchsel was charged with alleged torture and failing to provide adequate shelter for the 69 animals seized from her property.

Fuchsel was cited by Tonopah Animal Control Supervisor Tim McCarty on Jan. 15, for failure to vaccinate and license the dogs. She was also cited for failing to remove animal waste and odors on her property.

McCarty said animal control wanted to give the woman additional time to come into compliance.

“We wanted to help this lady start adopting and moving out some of those animals on her property,” he said. “We had a plan lined up for the lady and I had facilities in Reno and Lake Tahoe ready to stand up and receive a vast majority of the animals. We have made numerous efforts to get her to comply.”

Cronin said she has seen too many similar cases over the years where owners breed, then hoard their animals.

“It’s a disease and it’s very sad unfortunately,” she said, “I’ve seen it too many times before and at least now it is recognized as a mental illness and it’s good that people could now get help.”