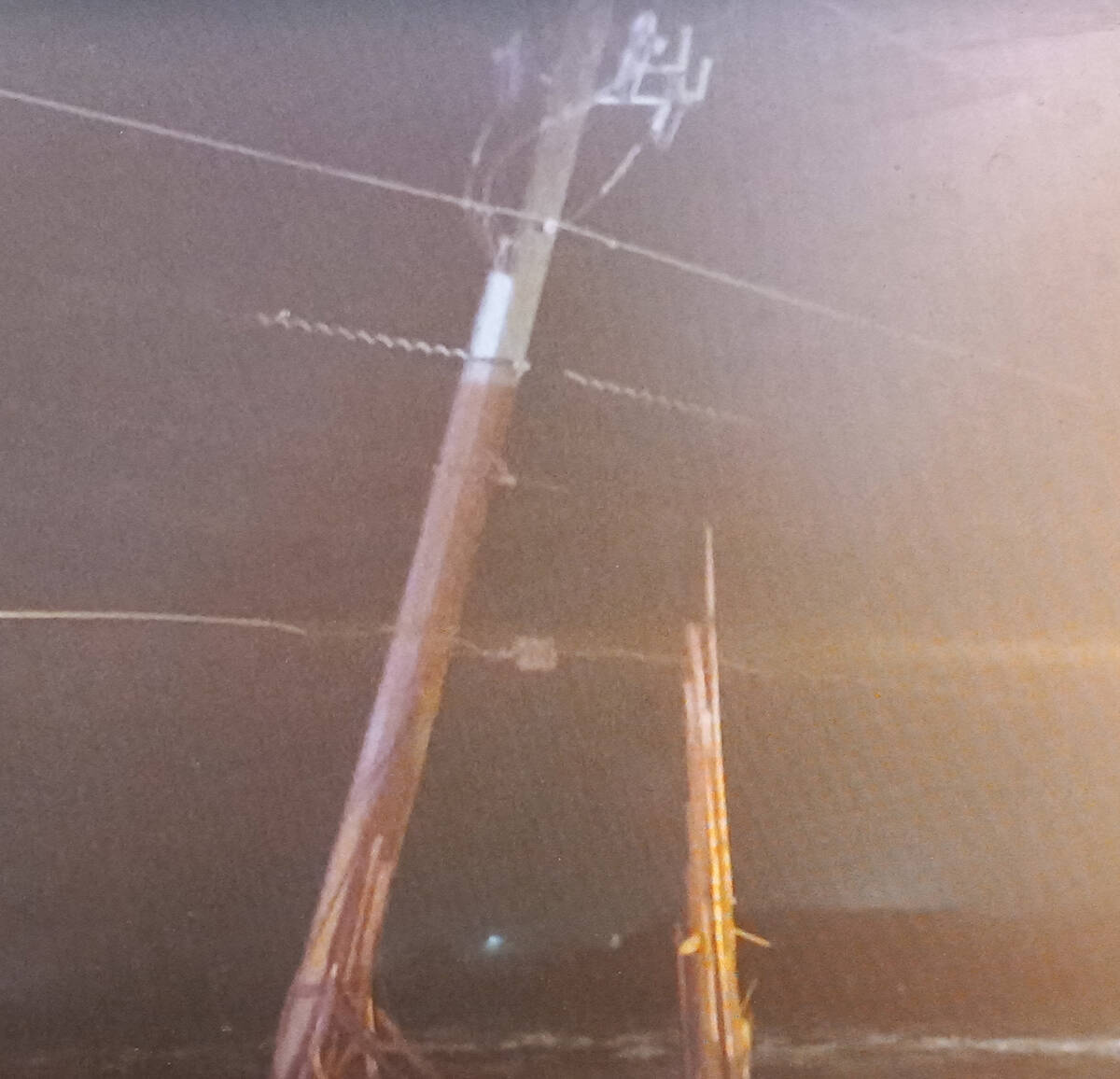 At one point, Lewis said there were concerns about t a nearby nursing home.

“Pahrump Fire & Rescue along with the Department of Emergency Management were in close contact with the nursing home because they had cessation of power,” he said. “We made sure that their backup generator was working appropriately and that there would be no need for movement of their patients or their staff within or outside the facility.”

Lewis went on to say that crews were able to determine that the generator had enough fuel and was operating appropriately, so residents and staff did not need to be transferred.

Lewis estimated the wind gusts reached upwards of 40 to 50 mph.

“Obviously it was pretty windy to take a power pole down and then take four down, which is a substantial wind, and fortunately there were no injuries,” he said.