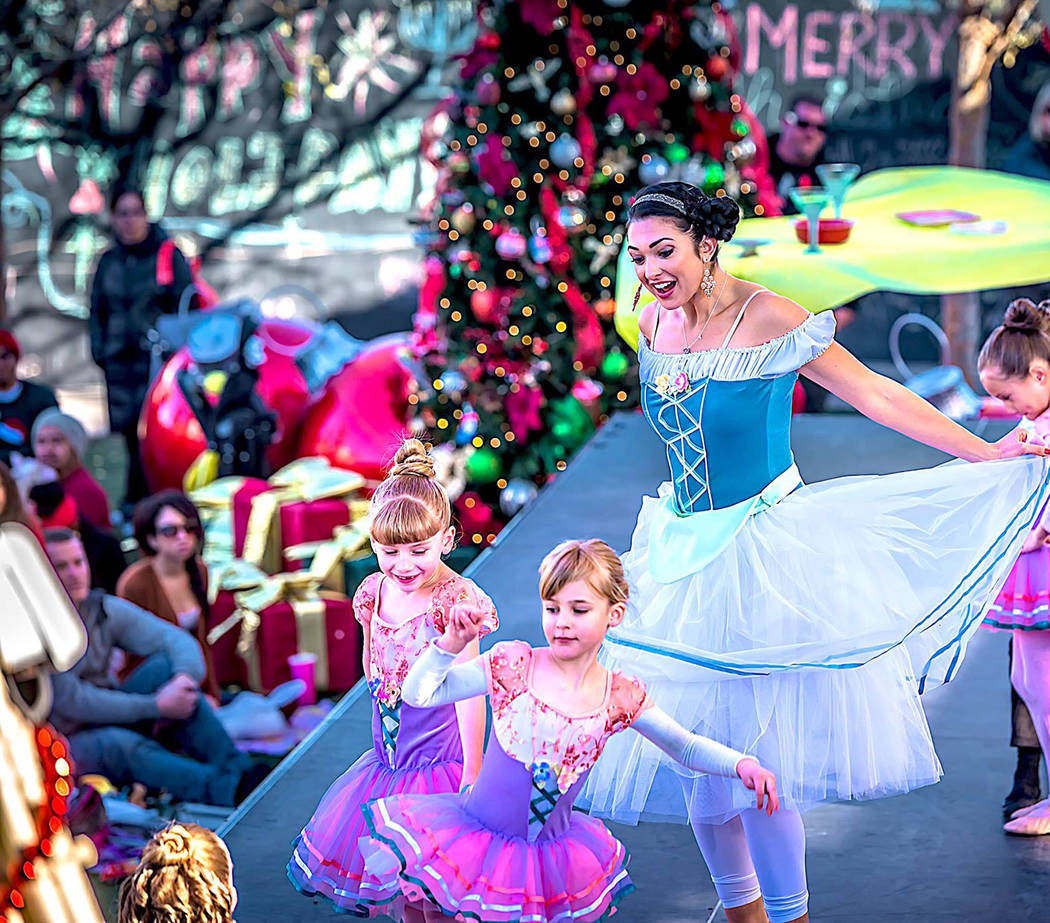 Photo courtesey of Just A Fan Photography This weekend’s production is a full scale performance of the famous ballet. The performance is set for the Amargosa Opera House. 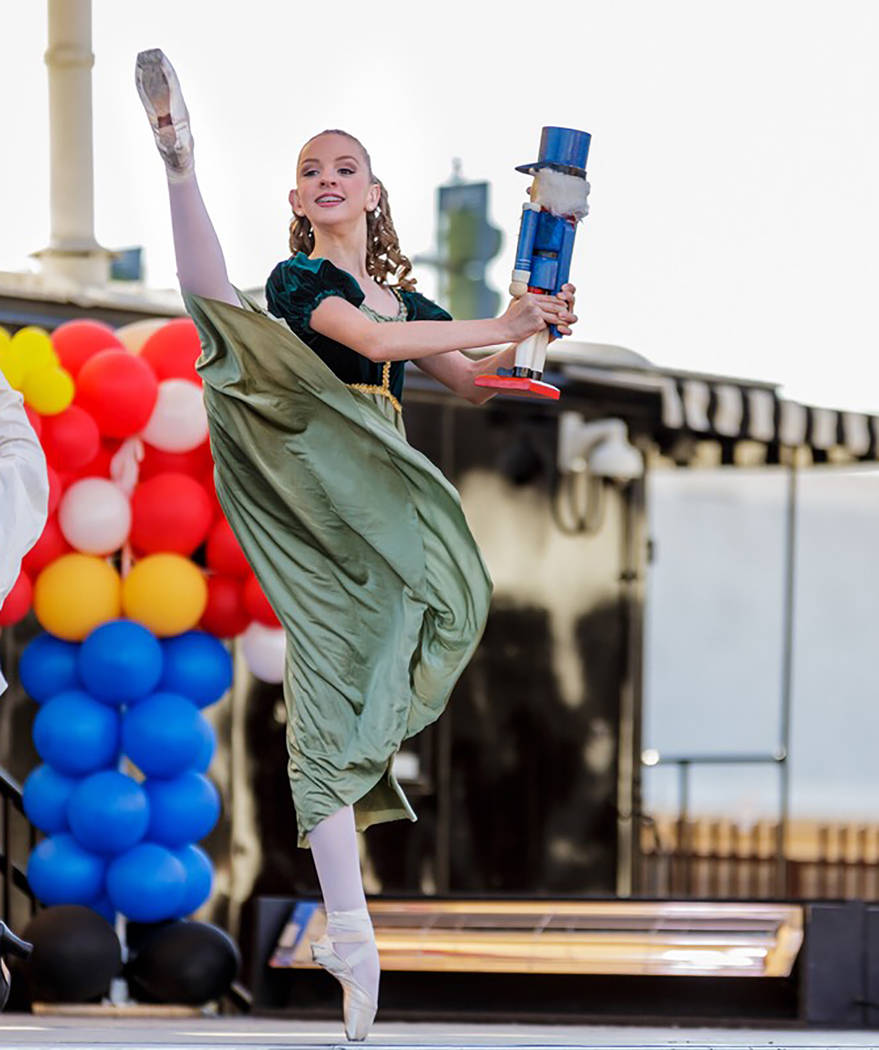 Photo courtesy of Glenn Brogan Photography Because of its Christmas theme, the Nutcracker's long been a holiday tradition in most areas where opera and ballet thrive. The Amargosa Opera House is serving as the venue. 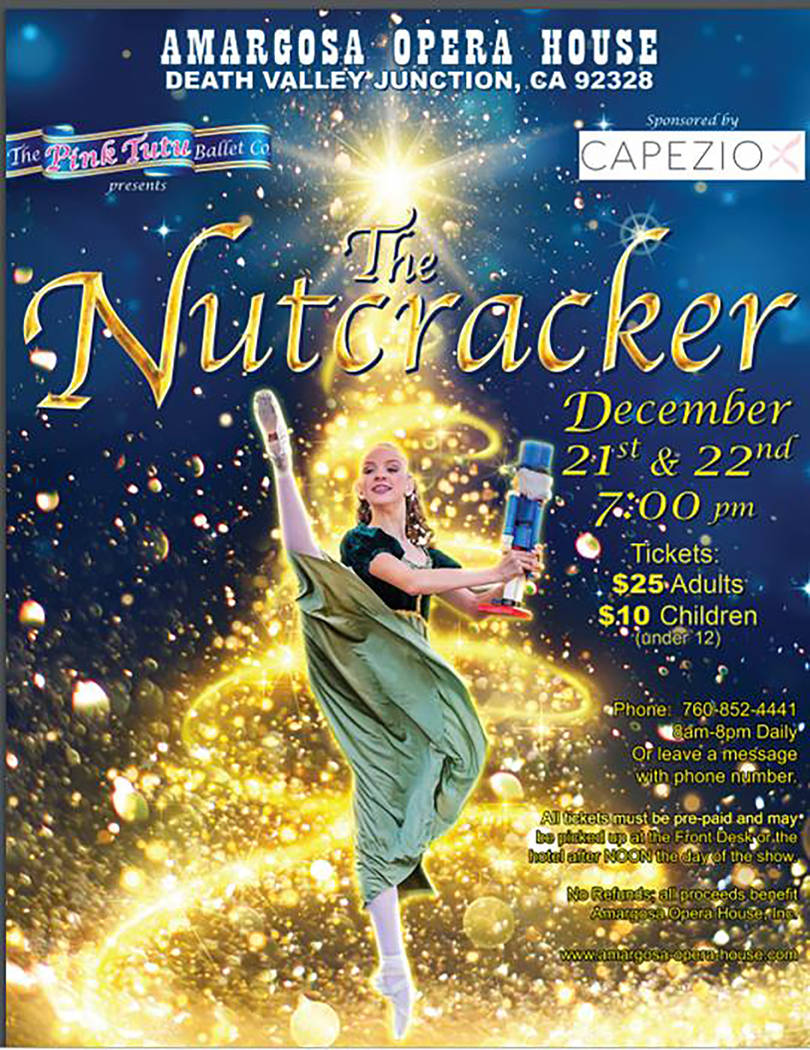 Special to the Pahrump Valley Times A look at a promotional item for the Nutcracker, which is set to be performed later this week at the Amargosa Opera House. 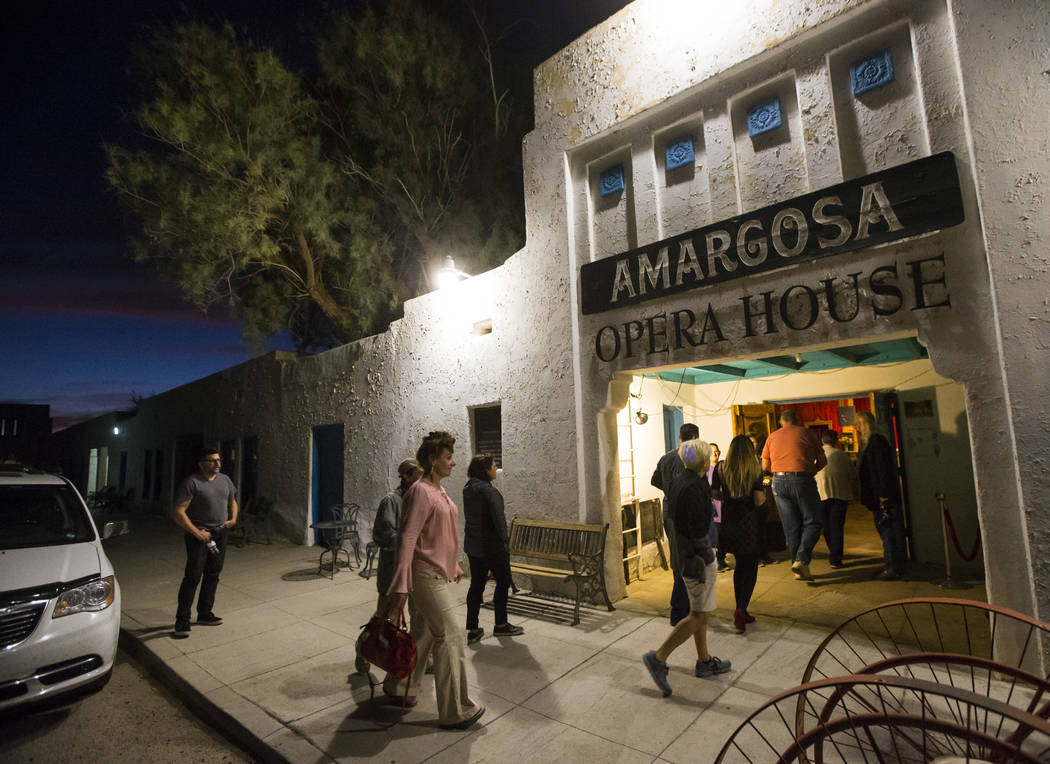 Thirty-five dancers and performers, accompanied by a truck full of props, will converge in Death Valley Junction this weekend to mount a full-scale professional production of the holiday classic ballet, “The Nutcracker Suite,” at the Amargosa Opera House.

Artistic Director Mary Tuomey of the Pink Tutu Ballet Company in Las Vegas said her cast is excited to perform on the unusual, historic stage and to help carry out the ballet legacy of Opera House founder Marta Becket.

Tuomey said she first heard about the Opera House from members of the Sin City Opera Company, who have recently performed in the well-known desert venue, and she felt it would be a perfect fit.

The Pink Tutu Ballet Company was established in Las Vegas a little over three years ago, said Tuomey, on a grant from the Downtown Project.

Tuomey, who also owns the Pink Tutu, brought the professional company from New York City, where she was the choreographer for the Brooklyn Ballet. Their mission, under the terms of the grant, was to help bring high-end culture to the downtown arts district.

The grant eventually ran out, but the Pink Tutu Company stayed, having found success and unexpected roots in the desert soil. Their mission now, Tuomey said, is “breaking the boundaries of classical ballet.”

One of the ways they do this is traveling to underserved areas.

The company is comfortable going on the road, said Tuomey, bringing performances to towns such as Mesquite. This will be their first show at the Amargosa Opera House and the company is already planning another stop here in the spring when it goes out on tour with a full-scale production of Shakespeare’s “Romeo and Juliet.”

Tuomey said she chose the Opera House as the venue for the company’s Nutcracker production because of its unusual auditorium with the floor to ceiling murals painted by Becket, and also to honor Becket’s legacy of bringing ballet to unexpected places.

This weekend’s production is a full-scale performance of the famous ballet based on a story written in 1816 and first adapted as a ballet in 1890, set to music by Pyotr Tchaikovsky. Because of its Christmas theme, it’s long been a holiday tradition in most areas where opera and ballet thrive. This will be the first time it’s ever been performed in its entirety in Death Valley.

The Pink Tutu’s version Tuomey added, features snippets of narration to help those unfamiliar with the story enjoy it more fully. The performance is expected to last about an hour without intermission.