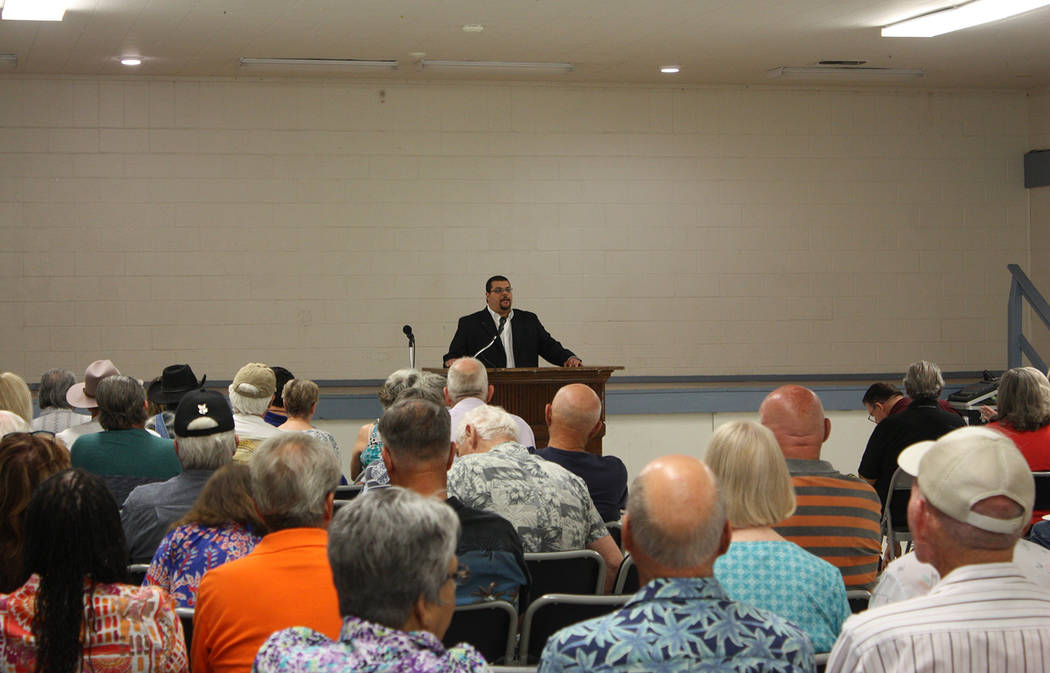 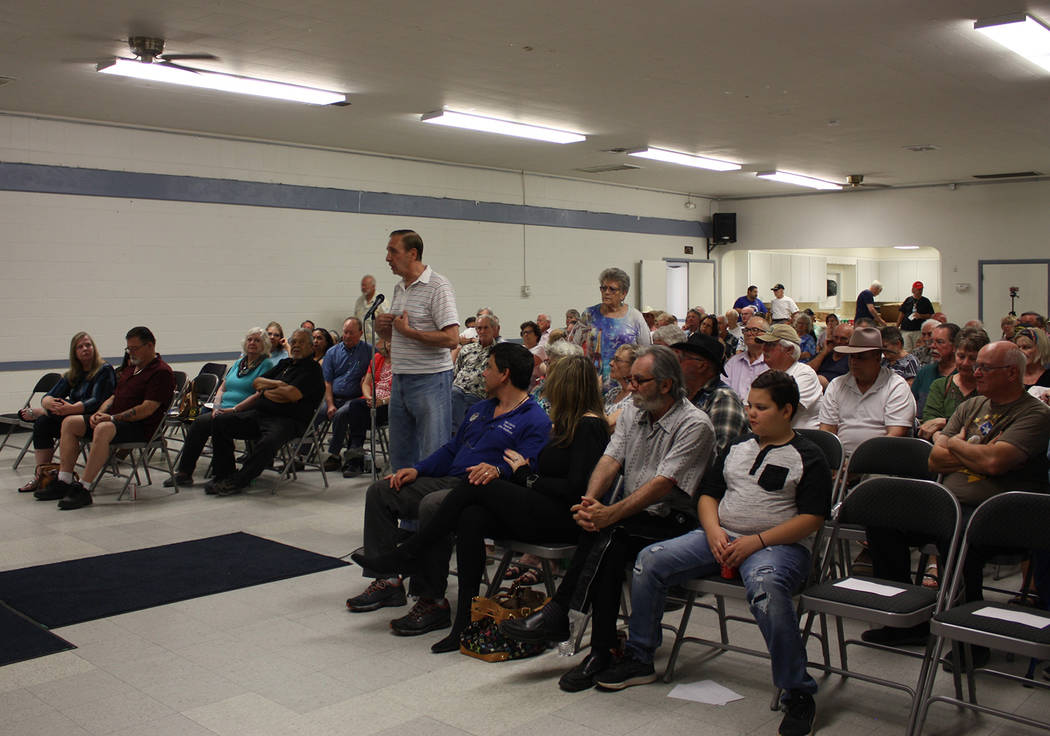 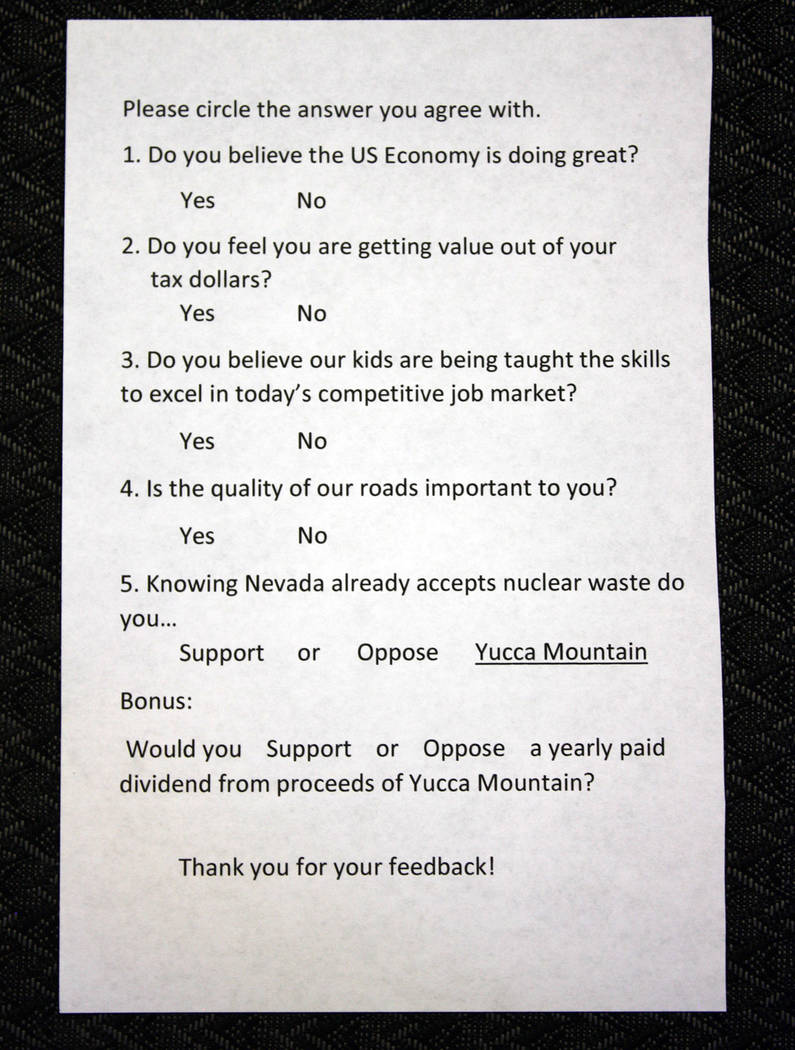 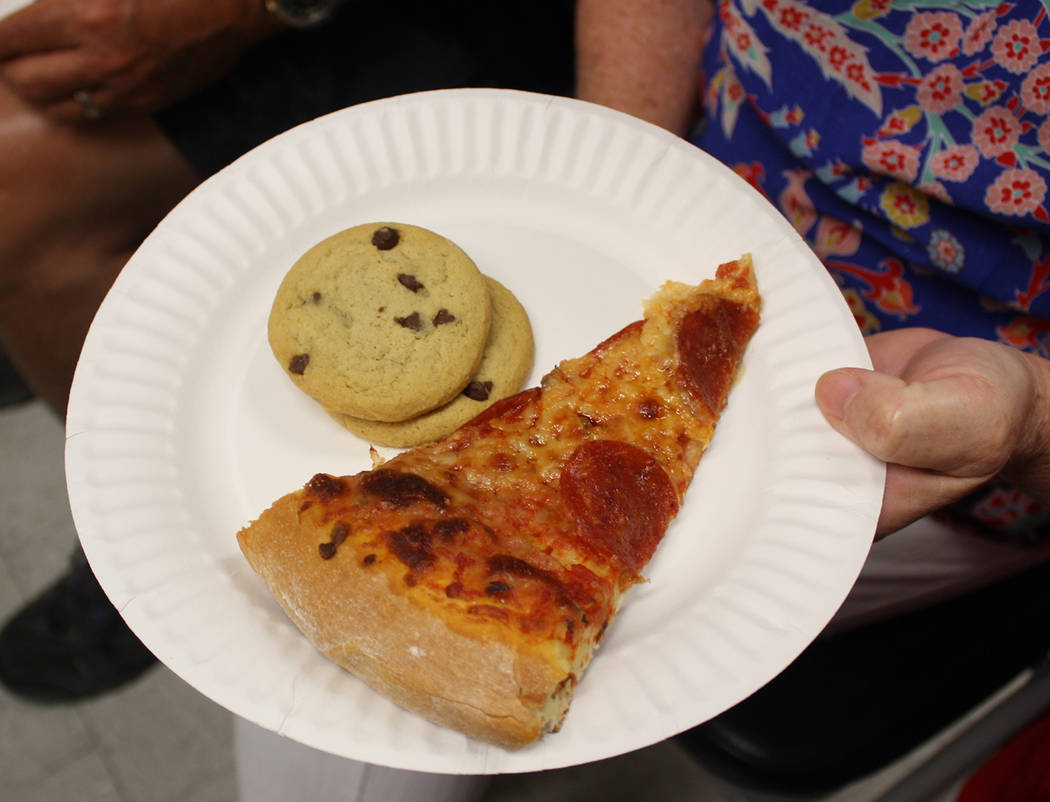 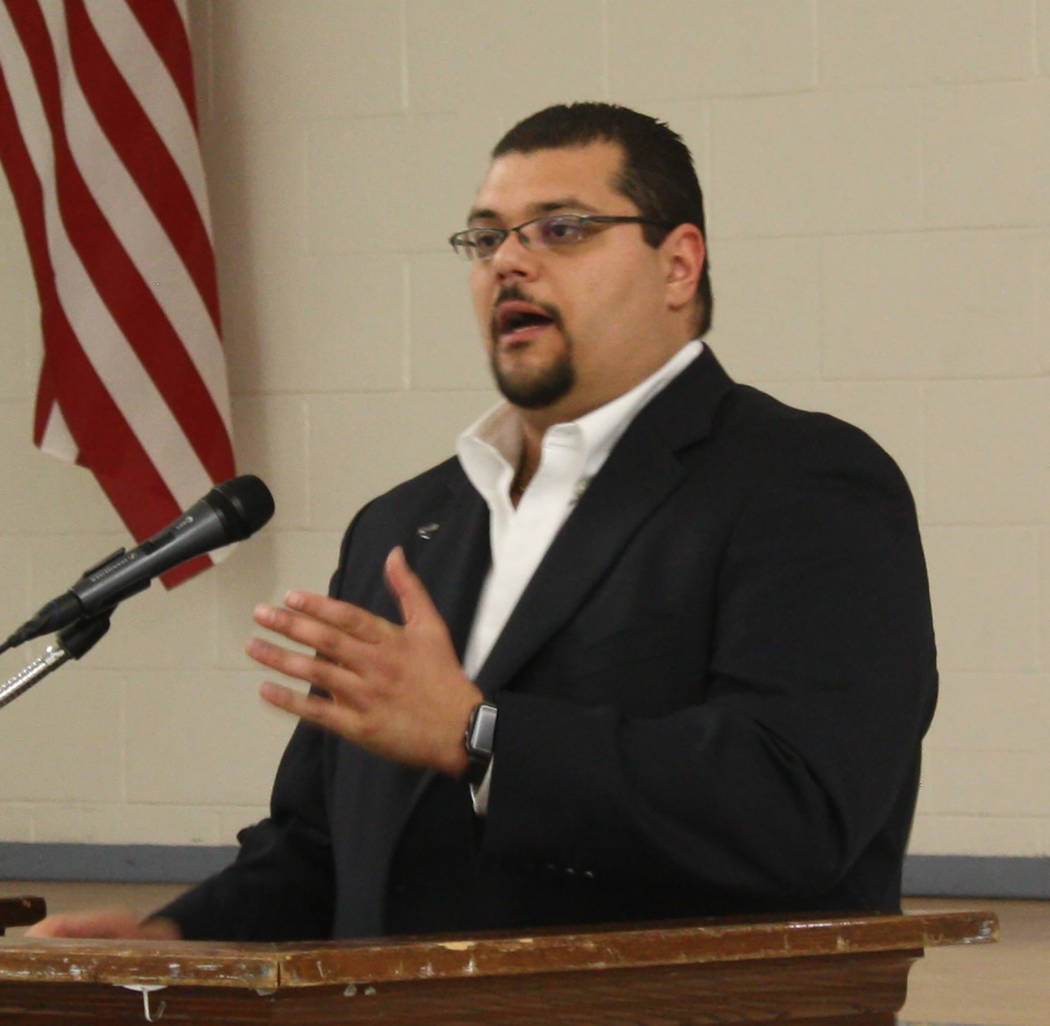 Nye County Commissioner Leo Blundo hosted his second quarterly town hall meeting last week, inviting the community to attend for an evening of discussion regarding subjects of interest to the county’s residents and government.

Blundo touched on a variety of topics the evening of June 28, starting with the Nye County Treasurer’s Office before moving on to the Nye County and town of Pahrump budgets, area roads, Yucca Mountain and more, while taking questions from the audience throughout.

As to the situation in the treasurer’s office, appointed Nye County Treasurer John Prudhont explained that the office was now back on track, having completed a year’s worth of overdue treasurer’s reports and bank reconciliations. Prudhont also noted that he was hopeful that the county would be removed by the end of the year from the state fiscal watch designation connected to the lack of proper reporting in the treasurer’s office and Blundo thanked him for the job he has done in his six months in office.

On the Nye County budget, Blundo informed attendees that he felt both the county and town budgets were looking pretty good and this topic brought a question from the audience, with a woman asking whether the town and county’s funds were ever blended or used to support each other’s operations in any way.

“Not to my knowledge and I believe that would be illegal. You can’t just arbitrarily take money from one pot and put it in the other and co-mingle the money. We are very good at keeping everything separate,” Blundo replied. He added that it may appear as if the county is spending town money during the bi-monthly commission meetings but that was simply because the county commission also sits as the governing body for the town of Pahrump, among many other distinct boards.

On road maintenance, Blundo posed a question to the audience. “What do you think? Do you think we have good quality roads out here?” Blundo asked the crowd, which responded with a chorus of “no.”

“No. So I have been working on that specific issue,” Blundo stated, highlighting the recent decision by the Regional Transportation Commission, of which he is a member, to approve the purchase of another DuraPatcher for the county road department, to be used in Pahrump.

“We purchased a DuraPatcher because the potholes were being filled with cold mix, it would rain that weekend, right after. How many of us have had that happen, right? The pothole gets fixed, rains come and then you’re looking at the same pothole, if not bigger,” Blundo said.

The DuraPatcher would help ease that problem, Blundo detailed, stating, “It’s the next closest thing to actually paving the road …And when it rains, the pothole doesn’t pop. That’s the most frustrating thing.”

Turning to a more controversial topic, Blundo expressed his thoughts on Yucca Mountain as well, telling attendees that he has been writing letters recently supporting the completion of the Yucca Mountain licensing process as Congress addresses the issue once again.

“I don’t want nuclear waste if it’s not safe. Do you know how to figure out if it’s safe? You have to go through the process,” Blundo asserted.

“We receive nuclear waste on a daily basis in Nye County,” he continued. “It’s not a choice. The real question I have for you is, do you want us to do something safe with it? Can we reprocess it? Can we get it out of here? Should we be compensated for it? But we’re not going through the process to find out, is it going to be safe… They won’t let us go through the process. They are afraid of the answer.”

Blundo emphasized that if Yucca Mountain were to go forward, it could mean a big financial windfall for all the residents of Nye County.

After all was said and done, Blundo stated that he felt the event was a success and he was looking forward to continuing the quarterly town hall meetings in the future.

“Approximately 175 people turned out, 85 percent of whom were new people compared to the last event,” Blundo told the Pahrump Valley Times following the meeting. “These town hall events are blowing my expectations out of the water and I’m humbled that so many residents do care about our community.”