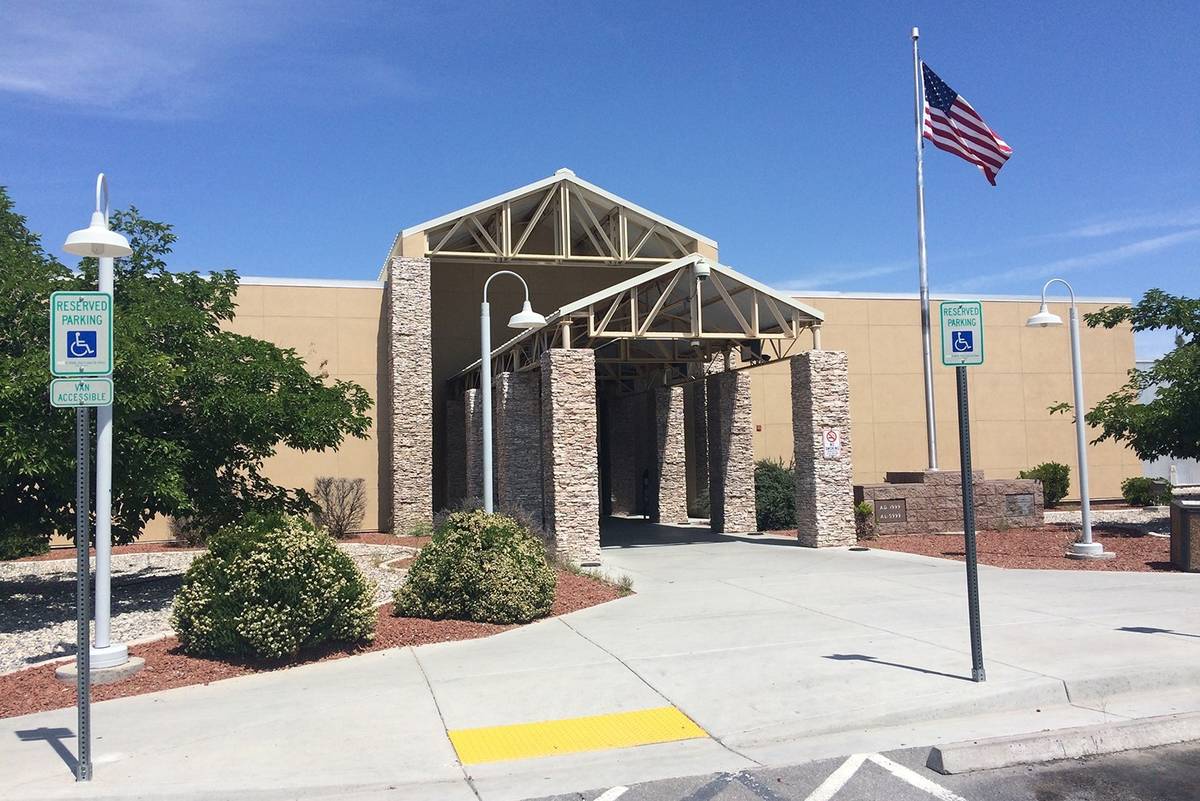 Robin Hebrock/Pahrump Valley Times The Nye County Courthouse in Pahrump is one of the buildings to be targeted by an energy-saving project between Nye County and Siemens Industry, Inc. 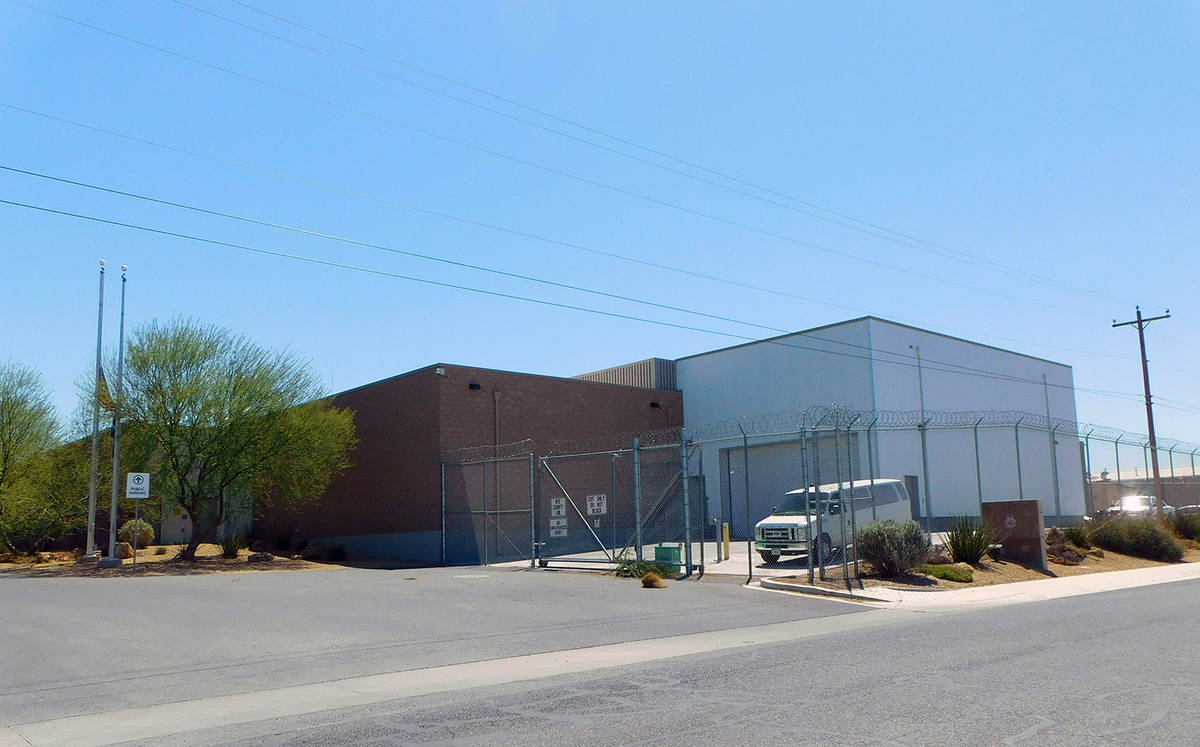 Robin Hebrock/Pahrump Valley Times The Nye County Detention Center in Pahrump is another of the county-owned buildings that is planned for upgrades under the energy-saving proposal Nye County is seeking with Siemens Industry, Inc.

Just over two years ago, Siemens Industry, Inc. approached the Nye County Commission with a proposal to address energy usage at its multitude of buildings and now, with the energy audit portion of the project complete and the financial figures being nailed down, the county is making its move toward conservation.

During its Tuesday, April 6 meeting, commissioners addressed Nye County Resolution No. 2021-08, which authorizes installment-purchase agreements for the purpose of financing the cost of building projects for energy conservation. The resolution details a hefty not-to-exceed amount of $7.5 million but the manner in which the project is structured means that Nye County taxpayers are not intended to bear the burden of that cost. Instead, the multi-million dollar project is to be self-funded, with the savings to be realized by the installation of energy-saving equipment to then be used to pay back the expenses incurred.

As detailed by Eric Thatcher with Siemens Industry, the Nevada governor’s office supports a program called Performance Contracting and it is through this program that the project has been forwarded.

“Performance Contracting is a method of achieving building upgrades that have associated energy and/or operational savings which then repay the initial capital cost. It would then be a self-funded project based on those future savings,” Thatcher wrote.

Through the Nevada Governor’s Office of Energy, Siemens has been prequalified as an Energy Services Company and has worked with Nye County to conduct what is called a Financial-Grade Operational Audit. That audit consisted of Siemens engineers and Nye County staff visiting each of the county-owned buildings to catalog the equipment, conditions and operational needs. The audit then evaluated which self-funded options would be available with newer, more efficient equipment.

Thatcher provided examples of what Nye County’s audit determined, detailing that various upgrades were recommended for 10 of the larger county buildings. This includes items such as newer, more efficient lighting, updated building controls, new HVAC equipment, window film treatments and building envelope improvements. “Essentially making the building more like a thermos, keeping the temperature where we want it inside the buildings regardless of the weather outside the buildings, and using less energy to maintain that level of comfort,” Thatcher told the Pahrump Valley Times.

He added that the project is planned to include the installation of banks of solar panels at the Nye County Courthouse and the Nye County Detention Center, located in Pahrump as well, which would be used to reduce the energy load during the hottest parts of the day.

As previously explained by officials with Siemens, the company also offers a guarantee on the energy-savings estimates it provides to the county, meaning that the county will not be on the hook in the event that the building upgrades fail to realize the estimated dollar savings. Any shortfall would then be absorbed by Siemens.

Despite this guarantee and the apparent appetite by her fellow board members, commissioner Donna Cox said she was not wholly satisfied with the proposal, honing in on the $7.5 million price tag and asserting that she felt it would be better for the county to address energy conservation on its own.

“I agree that we need to conserve but I think we can do it through the county, I don’t think we need to go through Siemens,” Cox asserted. “Because this is a massive amount of money… $7.5 million and I understand that’s just the beginning… I don’t care how much we pay in utilities, we need to have our own conservation program. We don’t need to be putting this kind of money out to do that. I think we’d be better off if we just organized the county employees and had a big meeting on this and tried to do this ourselves. Because this is ridiculous… I think they (Siemens) saw us coming. I just cannot put this kind of debt back onto the county.”

Nye County Commissioner Bruce Jabbour chimed in to state, “You have some very good points there and some of the things you brought up, I had questions about myself.” However, Jabbour noted that that he had already approached county staff to learn whether they would have the ability to handle a project of the scale proposed by Siemens and he simply did not think that was the case.

“We’ve been massaging and putting band-aids on, taking them off, massaging some more and in the long run, if we were to look at the numbers that we’ve been putting into the systems, the HVAC systems, the heating systems, etc., throughout the county buildings, we’ve spent a considerable amount of money. I don’t think we have the staff to facilitate what you are saying but I do have to agree with you, this is a lot of money,” Jabbour stated.

Cox was unmoved, reiterating that she still believed it would be less expensive for the county to seek out contractors and equipment itself, which would also keep the dollars spent on the project local.

Nye County Commissioner Leo Blundo made the motion to adopt the resolution to authorize the installment-purchase agreements, which passed 4-1. Cox was the sole vote against.

Nye County Comptroller Savannah Rucker explained that the resolution was only a stepping stone in the process of bringing the project to fruition.

On Siemens’ side of the project, a third-party review of its assumptions and mathematical calculations must be completed. “In parallel, it is about this time when customers will evaluate funding options for these types of projects,” Thatcher said, which is precisely what the county resolution was intended to do. He noted that energy conservation projects such as the one proposed often attract favorable financing options and the resolution itself states that the county expects to secure the $7.5 million loan with an interest rate of approximately 3%, to be repaid over a period of not more than 19 years.

As for where the county is with the matter, it will now be turned over to the Nye County Debt Management Commission which will be tasked with deciding if Nye County should in fact move forward with the project. If the debt commission does grant approval, the proposal will then be sent to the Nevada Department of Taxation for review and approval. Only after these steps have been taken can the county and Siemens actually move forward with installing the energy-saving equipment and making upgrades at the selected county buildings.

The Nye County Debt Management Commission will meet on Friday, April 23 at 10 a.m. with discussion and deliberation regarding the installment-purchase agreements the sole item on the agenda. The agenda can be found online by visiting www.NyeCounty.net and clicking on the “Meeting Center” link.

Those interested in attending the meeting in person can do so in Tonopah at 101 Radar Road or in Pahrump at 2100 E. Walt Williams Drive. The public can also participate via teleconference by calling 877-751-6399 and entering room number 1.