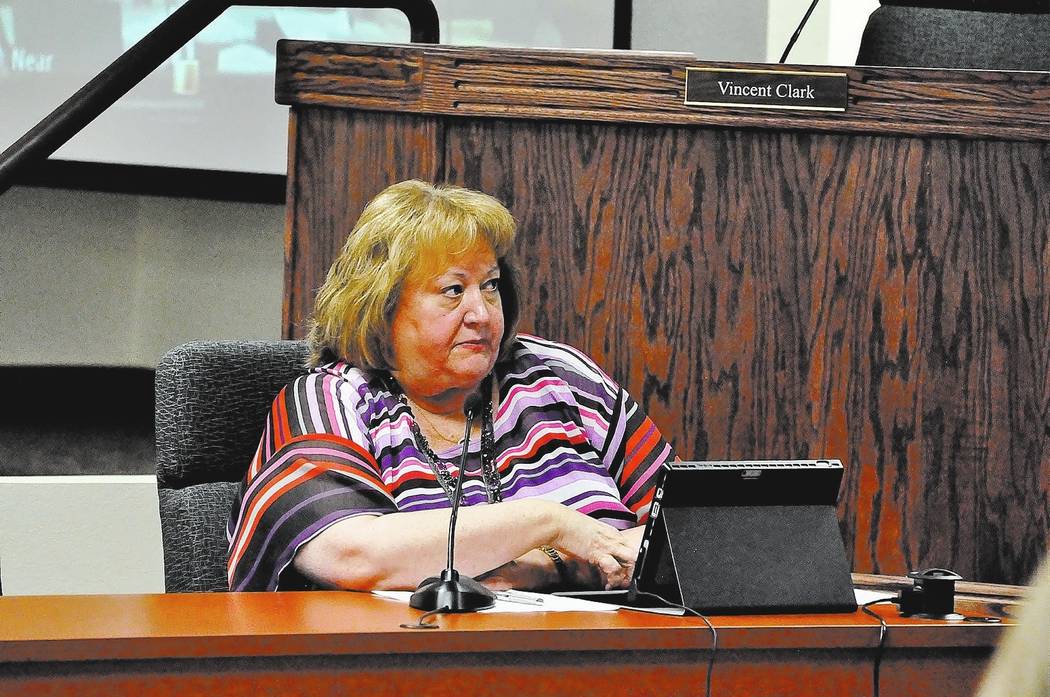 Horace Langford Jr./Pahrump Valley Times Former Nye County Manager Pam Webster has been appointed as Interim Nye County Treasurer. She will be in charge of implementing changes following an audit report that showed two major issues in the office.

In the Nye County fiscal year 2017 audit report, the Nye County Treasurer’s Office was identified as one area of the county in need of some immediate improvement.

The document showed two issues within the treasurer’s office but the remainder of the county looked to be in good condition overall, according to McArthur, and the county’s financial position has strengthened in the last year.

“As a guideline to see how an entity is faring, that is a number to look at… This particular year, total equity increased $3,466,000 and that would suggest the county is in a better financial position that it was the prior year.”

McArthur noted that the majority of issues cited in the report were technical in nature and not a large concern, coming for various reasons, such as a retiring employee, higher depreciation rates than expected, less revenue received than budgeted and net pension liabilities, among other causes.

The portion of the report that McArthur honed in on as imperative to address pertained to the treasurer’s office.

On page 309 of the 314-page audit report, McArthur noted an error within the treasurer’s office’s accounting. More than $1 million in revenue was recorded that should not have been, as it did not exist. McArthur stressed that the money was not lost or stolen but the inaccurate recording had affected several other funds.

“We found that the reason this took place is, the bank reconciliation should be examined by a second person, other than the one who prepared it,” McArthur said. “Had that taken place, this error would have been found prior to us coming in and performing the audit.”

To resolve the problem, McArthur recommended the county implement a double-check procedure in which the county comptroller is provided with copies of or access to county bank and investment statements.

Additionally, the establishment of a cross-training program within the office was recommended, due to the lack thereof thus far.

“The treasurer’s office is a very significant function within the county,” McArthur said, noting that its operation directly impacts the daily operation of the county as a whole.

He detailed that the lack of cross-training was what he would describe as “a significant control deficiency.”

“The problems need to be addressed within that office,” McArthur concluded.

After Billman officially tendered his resignation, former Nye County Manager Pam Webster was selected as the Interim Nye County Treasurer. She will fill Billman’s seat until his term of office expires in January of 2019. Webster has been tasked with resolving the issues and implementing the recommendations contained within McArthur’s audit report.