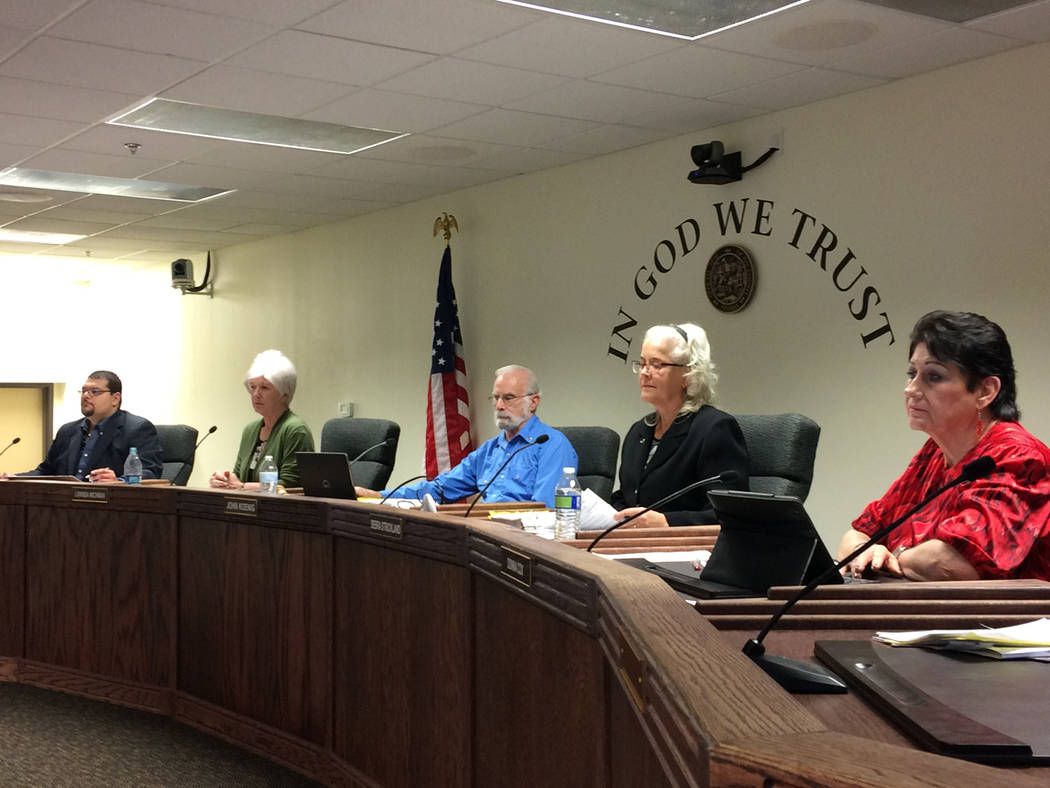 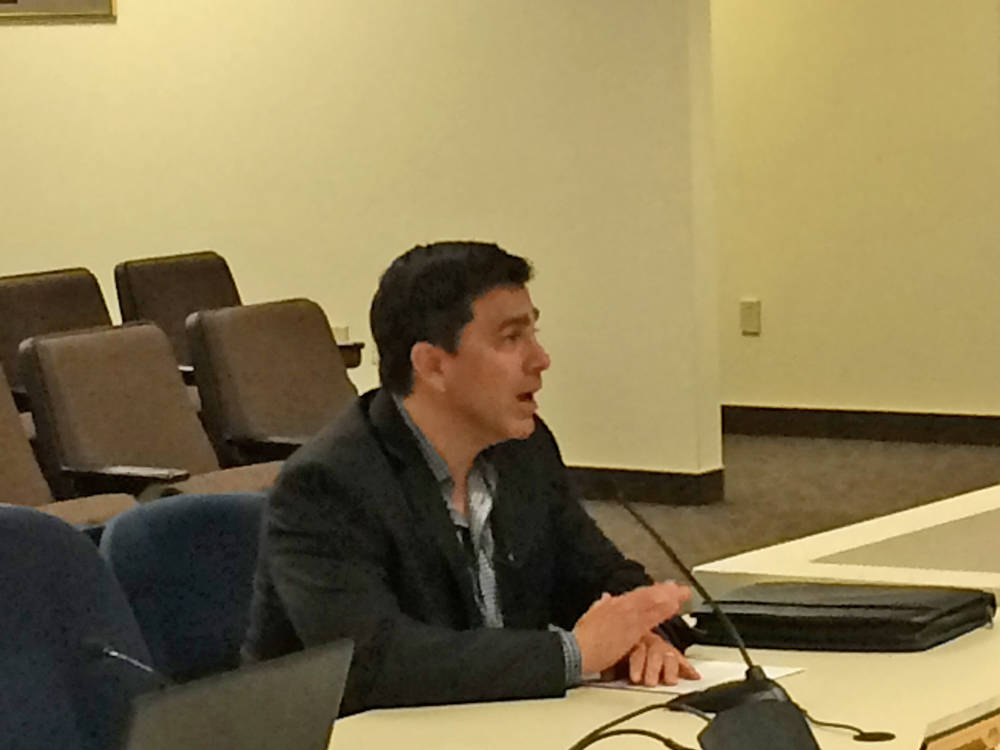 Robin Hebrock/Pahrump Valley Times Newly appointed Nye County Treasurer John Prudhont is pictured addressing the Nye County Commission at its Jan. 23 meeting, when the result of the previous days' meeting with the Committee on Local Government Finance was discussed.

With years of trouble in the Nye County Treasurer’s Office coming to a head in recent months and a delayed county audit creating concerns with the Nevada Department of Taxation, Nye County officials met with the Committee on Local Government Finance on Jan. 22.

At that meeting, it was decided that the county would not be placed on the state fiscal watch list but as part of that agreement, the county is required to form a plan to resolve the underlying issues and ensure smooth financial operations in the future.

At the Nye County Commission meeting on Jan. 23, commission chairman John Koenig took the time to explain to the public what had occurred and where the county was heading on its path forward.

“Yesterday I attended a meeting with our comptroller and our new treasurer up in Carson City with the Committee on Local Government Finance to discuss the problems we have in the treasurer’s office… The decision that they made was, they want us to come up with a plan with a schedule, with time lines on how we are going to get caught up on the treasurer’s report, get the numbers correct,” Koenig stated.

He remarked that the plan would be a product of himself, Nye County Comptroller Savannah Rucker, and newly appointed Nye County Treasurer John Prudhont, which, once formed, will be presented to the commission for its approval.

It would then be presented to the Committee on Local Government Finance at the county’s next meeting with that body, set for April.

“Based on agreeing to do that… they (the finance committee) have agreed not to put us on fiscal watch. They will work with us and I think we have a very good shot at getting caught up,” Koenig said. “I think we’ll come up with a decent plan, something that is achievable by the treasurer’s office… It was an amicable meeting. They are obviously not happy that we are behind but they understand. The turnover in that department has just been horrific.”

Rucker added her thoughts on the previous day’s meeting as well.

“I want to reiterate that Nye County is not on fiscal watch. That is a key takeaway from that meeting,” Rucker emphasized. “We are under their advisory right now… The CLGF wants to provide oversight and assistance to Nye County to help us get through this hurdle that we have right now. Nye County is not under any sort of fiscal crisis or on the verge of any fiscal crisis. I have spoken to the auditor several times over the last couple of weeks and our Nye County General Fund is healthy.”

Rucker said the delayed county audit for fiscal year 2017-2018 should be ready by the end of January, a key component for satisfying the Committee on Local Government Finance, which did not want to see further delays.

“The goal is to not be on fiscal watch,” Rucker said. “That effects the county’s finances, it effects our ability to seek bonds, to refinance bonds, any type of fiscal issue surrounding Nye County is affected by that.”

Prudhont concurred that the meeting with the Committee on Local Government Finance had been productive and he was pleased to take that body up on its offer of assistance with the current situation. Prudhont then honed in on what he felt would be challenges when it comes to bringing the county completely up to date on its financial reports.

“We’ve (treasurer’s office) obviously had a problem for years and that problem is leadership. That problem has yielded us not having the bank reconciliations done or the treasurer’s report done, as you know, since Nov. 2017,” Prudhont stated. He touched on the fact that the county had contracted with its outside auditor, Dan McArthur, to perform the bank reconciliations up until the end of fiscal year 2018, June 30 of last year, detailing that even with that additional help, the treasurer’s office would still be six to seven months behind on its reports.

Prudhont put forward several options that could be considered when formulating the corrective action plan to fix this issue, including the concept of contracting either McArthur or another outside firm to bring the county books up to date as of Dec. 2018.

He said one of his main concerns with being six months behind in the reports is that this constitutes a violation of Nevada Revised Statute and his goal was to relieve the treasurer’s office of those violations.

Discussion on the possible actions to be taken ensued until Koenig interjected to note that such talks would be pointless until the actual plan had been formulated.

“Part of that plan is going to say who is going to do what, who is going to do it when and how long it is going to take them to do it,” Koenig asserted. “Whatever it comes out to be, we are going to lay it out in a plan with milestones.” Koenig said the decision on who would do the catch-up work, whether the treasurer’s office staff or an outside person or any other possible solution, would be made when he, Rucker and Prudhont all sat down together.

“We can sit here right now and throw this back and forth as long as we want and we’ll get nowhere. Because we have to sit down and decide… how we’re going to fix the problem, not necessarily as quickly as possible, but how we’re going to fix it, and accurately taking into account how much money it’s going to cost,” Koenig said.