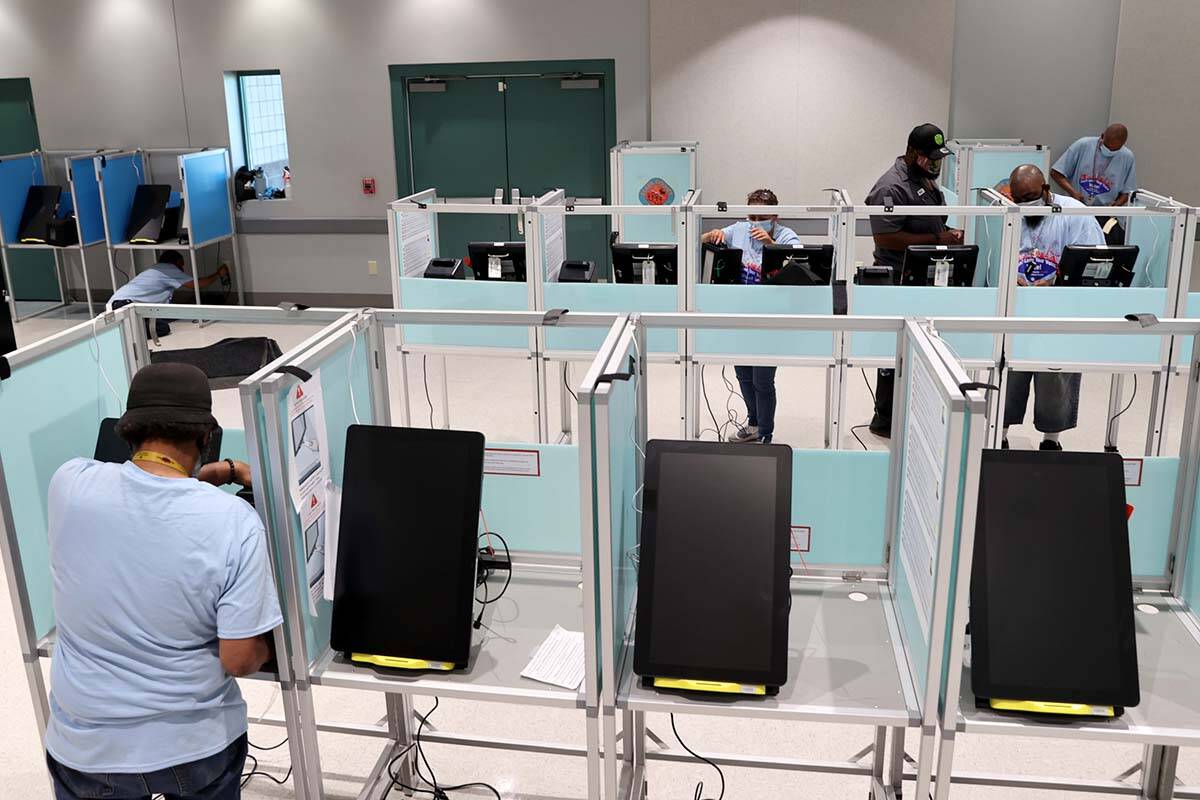 Nye County commissioners are urging the county clerk to abandon electronic voting machines in favor of all-paper, hand-counted ballots beginning as early as the upcoming primary election on June 14. Shown here in this file photo from 2020, electronic ballots at a polling station in Nevada. (K.M. Cannon/Las Vegas Review-Journal) @KMCannonPhoto

Nye County commissioners are urging the county clerk to abandon electronic voting machines in favor of all-paper, hand-counted ballots beginning as early as the upcoming primary election on June 14.

Commissioners voted unanimously for the measure on Tuesday although logistically it might be impossible to institute with just 90 days before the scheduled primary. Mail ballots are expected to be issued to some voters within weeks, said Nye County Clerk Sandra Merlino, whose office largely administers county-wide elections.

“There’s no way right now for me to gauge how many people are going to show up in person, so I will probably have to order an additional 20,000 ballots to have at the polls, even though we’re sending out 31,000,” she said.

No county in the state of Nevada exclusively relies on hand-counted, paper ballots, Merlino said.

The measure might not even be legal. The request from commissioners conflicts with election laws, which require polling stations to offer at least one electronic voting machine to comply with the federal Americans with Disabilities Act.

The item on Tuesday’s agenda said its aim was “to ensure accuracy and transparency of the democratic voting process.”

The Nye County Commission is dominated by Republicans. In recent months, the GOP party has made a broad call to ditch electronic voting machines at polls across the country.

Critics of electronic voting machines say they are ripe for cyber attacks and fraud, despite evidence to support those claims.

This story will be updated.