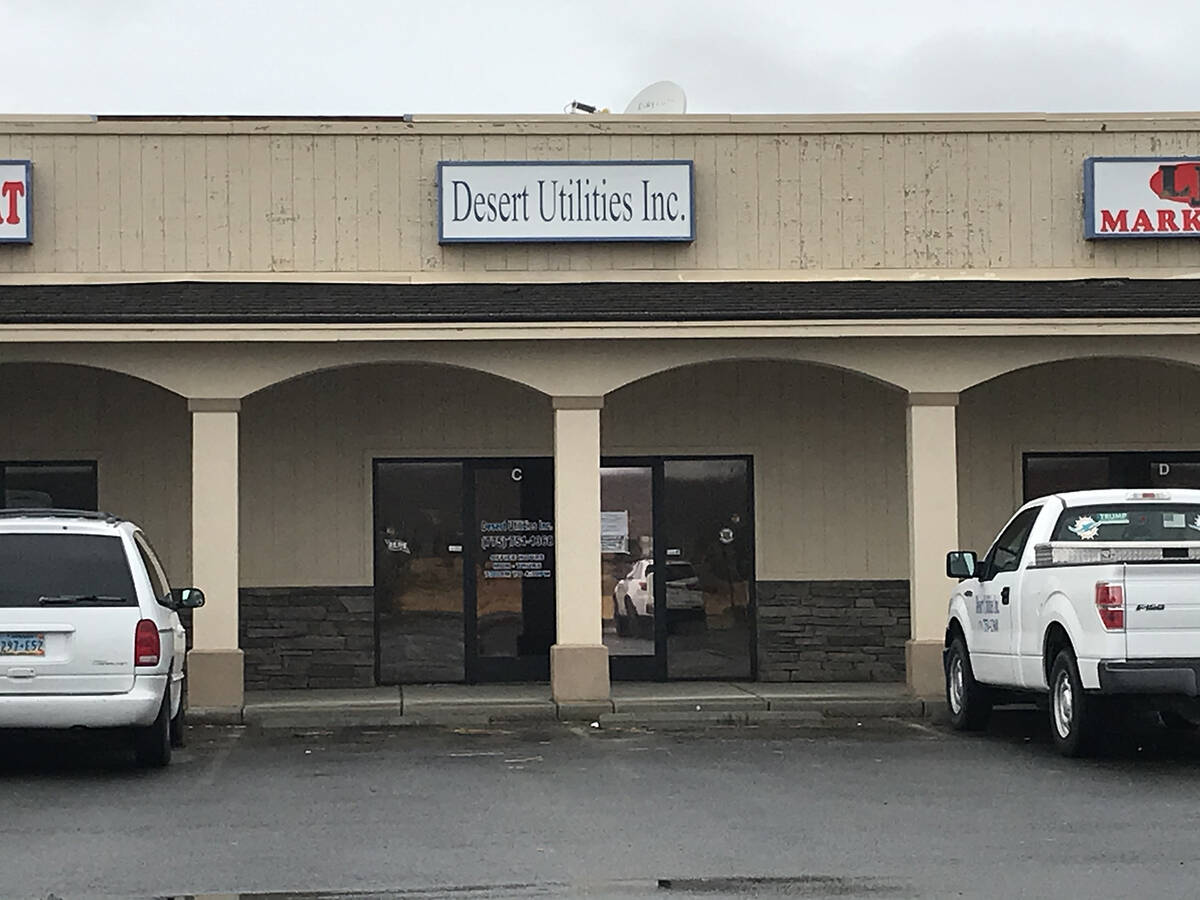 Robin Hebrock/Pahrump Valley Times Desert Utilities Inc.'s office is located at 4060 N. Blagg Road, Suite 110 in Pahrump. The company is currently looking to sell the utility and Nye County was considering acquiring the operation, but commissioners recently voted to forgo doing so. 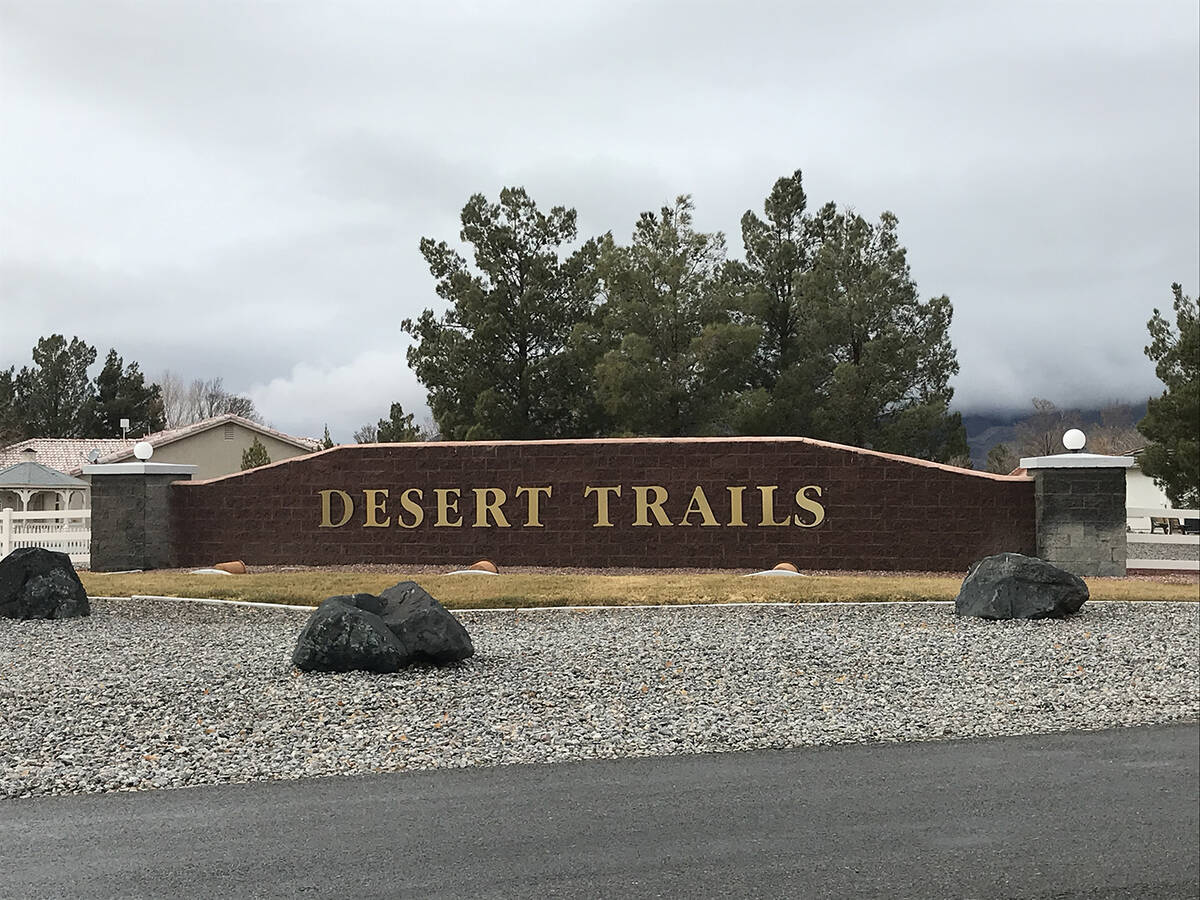 Robin Hebrock/Pahrump Valley Times The Desert Trails community is one of the developments that receives water and sewer service from Desert Utilities Inc., which the county recently declined to buy due to concerns about the monetary investments that would be needed. 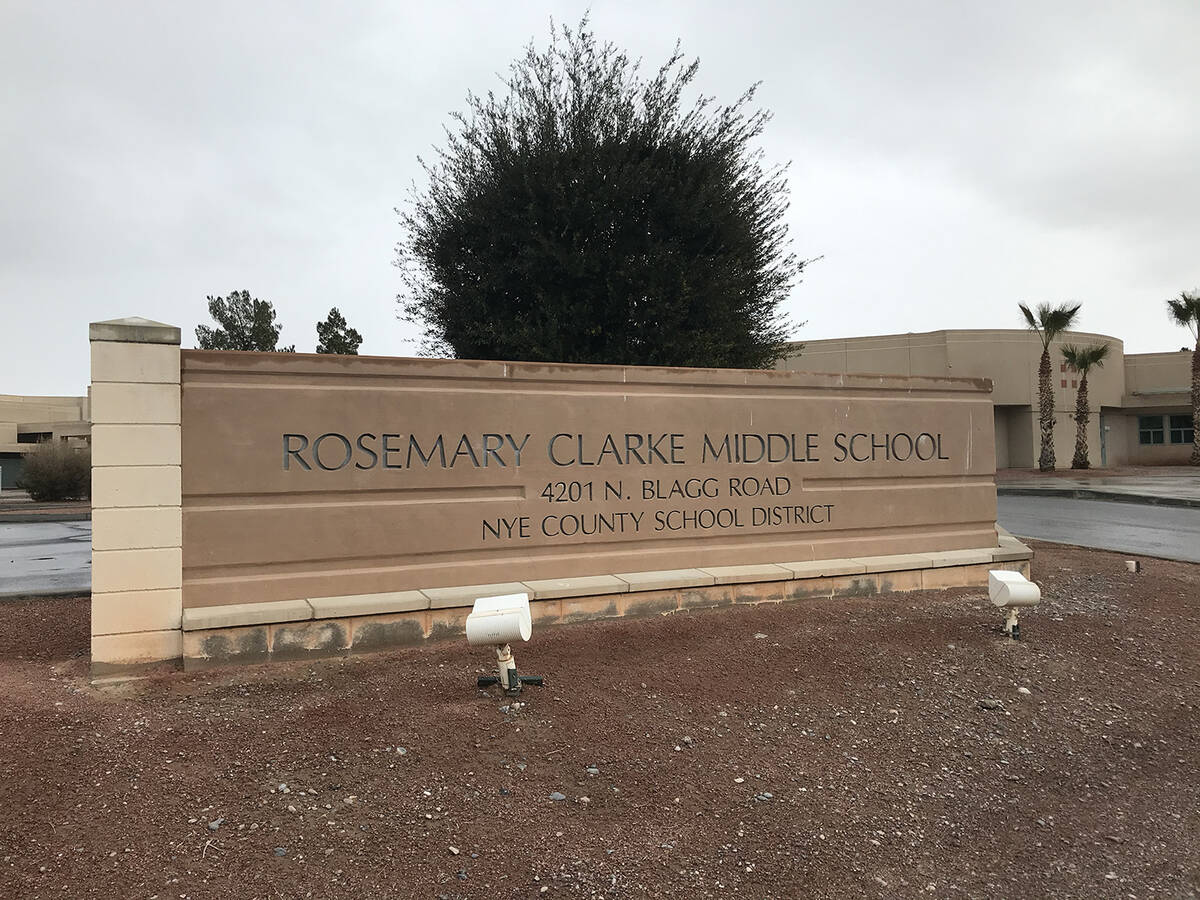 At the start of 2021, Nye County commissioners started eyeing the possible acquisition of Desert Utilities Inc., one of the Pahrump Valley’s three water and sewer utility providers, and authorized staff to begin a due-diligence investigation into the company’s operations and assets as a means of determining if a purchase by the county would be viable.

Now, 10 months later, the results of that investigation have been presented and commissioners have made the ultimate decision to decline purchasing the utility. However, they did leave the door open for future discussions on the matter, meaning that if circumstances change, the item could make its way back before the board.

Nye County Public Works Utilities Superintendent Darrin Tuck kicked off the item at the commission’s Oct. 19 meeting, noting that while he fully believes the county, which already operates more than half a dozen utility systems, would be able to handle the operational tasks, he was not so confident when it came to the investments that would be necessary if the county were to acquire Desert Utilities.

“I’ve done several tours of the facility, along with most of the commissioners. I am a little uncomfortable with the age of the facility,” Tuck explained. “The equipment, the well houses need to be put in, there’s a lot of electrical upgrades, so I am a little uncomfortable with getting a utility with so many major upgrades needed. We’ve already got a couple of water systems in Nye County that need some major upgrades.”

Nye County Comptroller Savannah Rucker added her thoughts as well, echoing Tuck’s statements. “I share the same concerns as Darrin. The infrastructure is aging and there have not been capital investments year-over-year to keep that facility up to date. So not only would the purchase be a substantial out-of-pocket cost, we’d also be dealing with capital investments that could drive the utility rates up for that particular utility. There are several concerns associated with this project. It’s concerning for me,” Rucker stated.

Nye County Commission Chair Debra Strickland added her concurrence, remarking, “It would not be a viable purchase at this time, or probably ever.”

Commissioner Leo Blundo said he was not without concerns himself but he still felt it might be worth keeping the possibility on the table, in case the situation changed in the future. His main fear, he said, was the establishment of a utility monopoly in town, stating that he would not want to see Desert Utilities purchased by Great Basin Water Company, which is the largest of the water and sewer utilities in Pahrump. If Great Basin Water Company were to buy Desert Utilities, it would only be one more step, purchasing Pahrump Utility Company, to becoming a monopoly.

Further, he said he felt that the county owning Desert Utilities would be good for the community in that decisions regarding rates would be made by the Nye County Commission, rather than the Public Utilities Commission of Nevada. “We would get to hear from the people. And I think that is an asset to the public to be able to be this close to the people who actually make the decision on the rates,” Blundo asserted, adding that the purchase would act as an opportunity for the county to apply for various infrastructure grants that could fund such improvements that are needed, as well as allow for potential development along the northern end of Highway 160.

“I would ask this board to just continue entertaining this,” Blundo suggested. “We’ll see if they sell to a different company or maybe it’ll be something we can revisit at a later date. But I wouldn’t want to give up the opportunity to continue to entertain looking at this, for the simple fact that I don’t want to see a monopoly in this community.”

As for commissioner Bruce Jabbour, he made his feelings on the matter very clear, declaring that the utility would be nothing more than a liability for the county and its residents. “Even if they were to give this to the county, we’d already be in the negative as far as I am concerned, when looking at the numbers,” Jabbour said.

Tuck then jumped back in to detail that at the moment, the county is already dealing with one community water system that is in need of about $2 million in upgrades, while another needs about $80,000 in improvements, and purchasing Desert Utilities would only add to the county’s expensive to-do list. “Like he (Jabbour) said, even we got it for free, it’s still going to need a lot of work,” Tuck reiterated.

Expanding on that train of thought, commissioner Frank Carbone also noted that though the utilities the county currently operates are much smaller than Desert Utilities, the county is still throwing plenty of money at them. “And this is a lot larger utility,” Carbone stated.

That wasn’t Carbone’s only source of disquiet either. He said he harbored hesitation about formally continuing the agenda item, as he was worried that doing so might block other potential buyers from coming forward.

Acknowledging that as a reasonable argument, Blundo then made the motion to not move forward at this time, but with the ability to revisit the acquisition evaluation if the board would like to in the future. Carbone provided a second and that motion passed with all in favor.