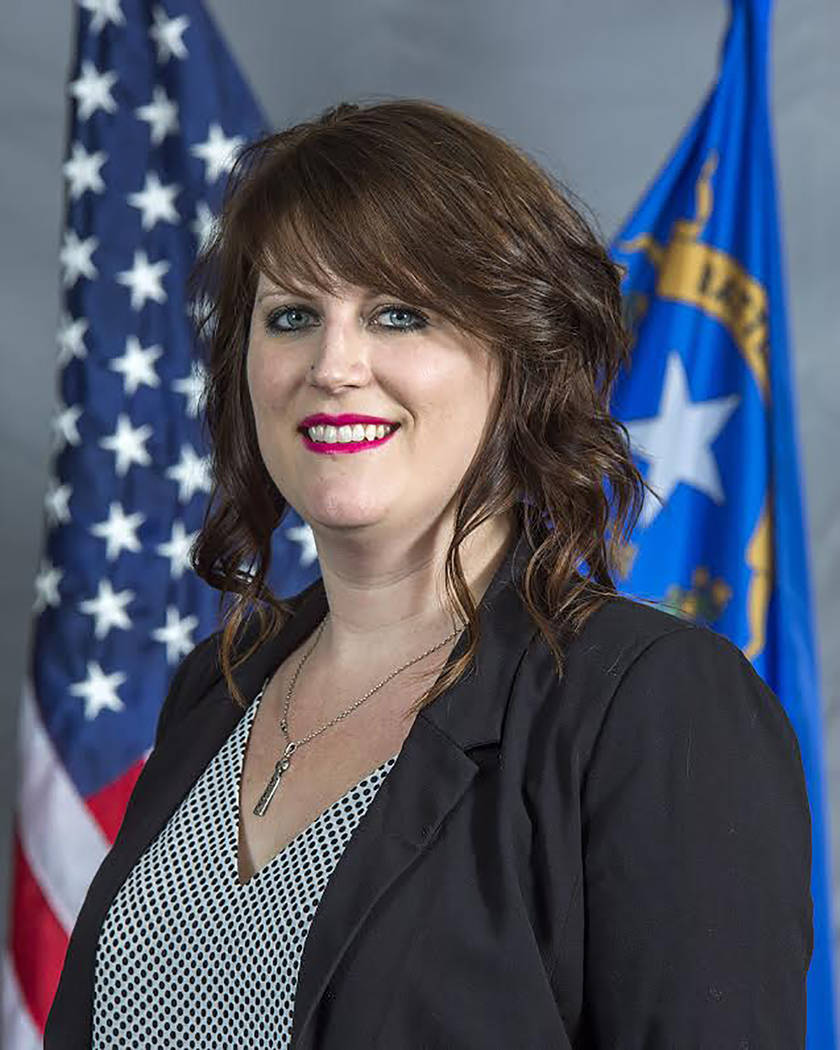 Special to the Pahrump Valley Times Nye County Comptroller Savannah Rucker prepared the county's FY 2019 budget, which was approved at the commission's May 22 meeting. 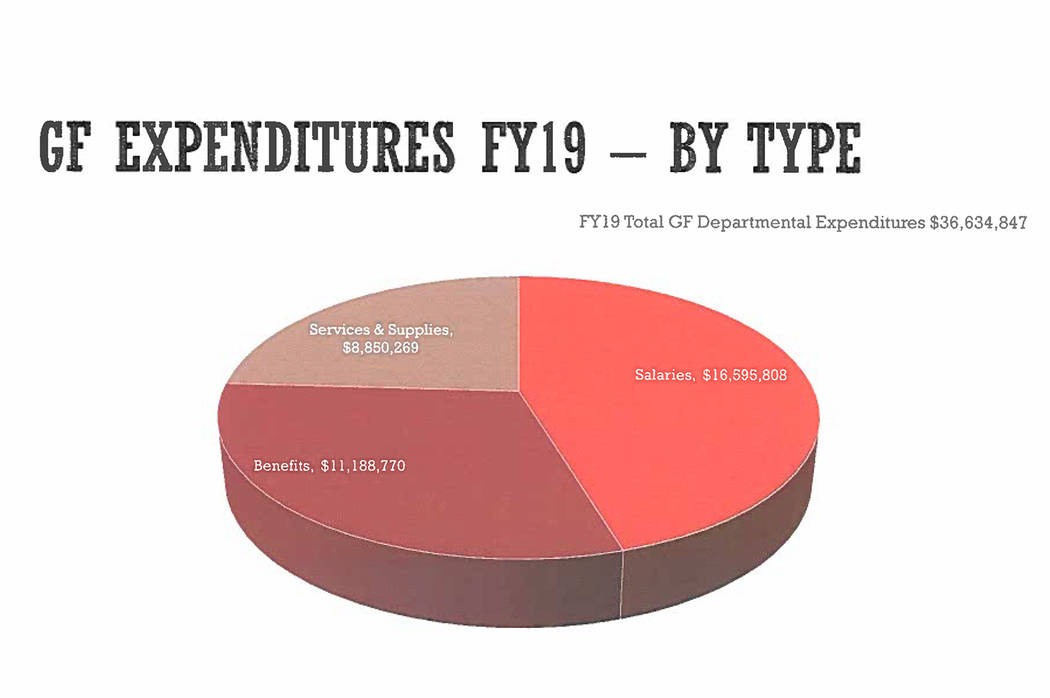 Special to the Pahrump Valley Times The pie chart pictured detailed Nye County's expected expenditures by type for FY 2019 but the numbers were altered during the final budget meeting to reflect an additional $978,774 in expenses related to the new hires approved during the same meeting.

The Nye County fiscal year 2019 budget has been approved and Nye County is looking toward another year of financial sustainability.

However, concerns regarding the future stability of the economy prompted the county to budget conservatively in terms of revenue. Additionally, while some growth in county staffing was permitted, new hires that had been approved at the budget workshop were eliminated during the final budget meeting, also because of the economic uncertainty.

As detailed by Nye County Comptroller Savannah Rucker, the county is expected to see about $38.1 million in revenues flowing into the general fund in the coming 12 months, with functional expenditures budgeted at around $37.6 million, including a contingency of $800,000. She explained that the projections she provided were conservative across the board, noting that the county should hope for the best but always be prepared for the worst.

Nye County Commission Chairman John Koenig clarified the county’s expectations for the coming year. “Your concern was that you are afraid that the economy is going to slow down and some of the numbers might be over-inflated,” he said to Rucker and she agreed.

Koenig replied that he did not believe that the economy would slow drastically in FY 2019 but it may in the following years. “For this fiscal year, I feel pretty confident. Knowing what I know about the racetrack, those houses are going to get built,” Koenig said. However, he also noted, “The economy has got to slow down sooner or later, it can’t continue to grow the way it’s growing,” and as such, he was all for conservative budgeting.

Commissioner Donna Cox said her main issue with the budget as presented was with the county funding school resource officers, remarking that not only did the cost of such bother her, she also did not like the liability involved with having county-employed officers on campus.

“I don’t see why we should take on somebody else’s responsibility,” Cox declared.

She also stated that she felt new hires were something that the county should be very careful about and requested that the new animal control officer hire be eliminated as well as both new school resource officer hires.

Commissioner Dan Schinhofen interjected that he did not want to see the new animal control position sacrificed and commissioner Lorinda Wichman looked instead for another option.

At its budget workshop, the county had approved 14.5 new hires out of a requested 25. Of those 14.5, Wichman honed in on the planning department counter tech and the Nye County DA’s office assistant requests.

Nye County DA Angela Bello immediately expressed her discontent, explaining that her office in Tonopah was strapped as it was and desperately needed the assistant. The commission acquiesced and decided instead to only eliminate the counter tech and the two school resource officers, bringing the FY 2019 new hires total to 11.5.

“This is a balanced budget,” Rucker emphasized as the budget hearing came to a close. She said even with the 11.5 new hires, the county was still looking at a FY 2019 ending fund balance of more than $6.6 million. Of that amount, $5.8 million is restricted due to the county’s decision to collapse the Payment Equal To Taxes funds in 2015.