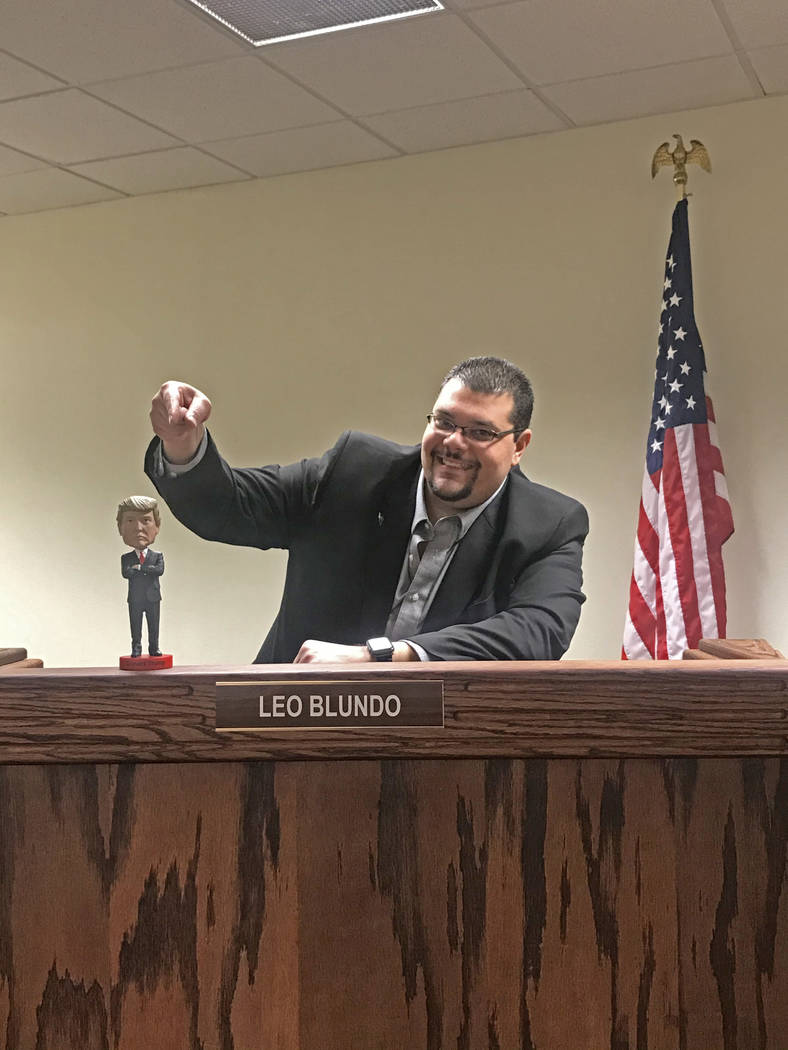 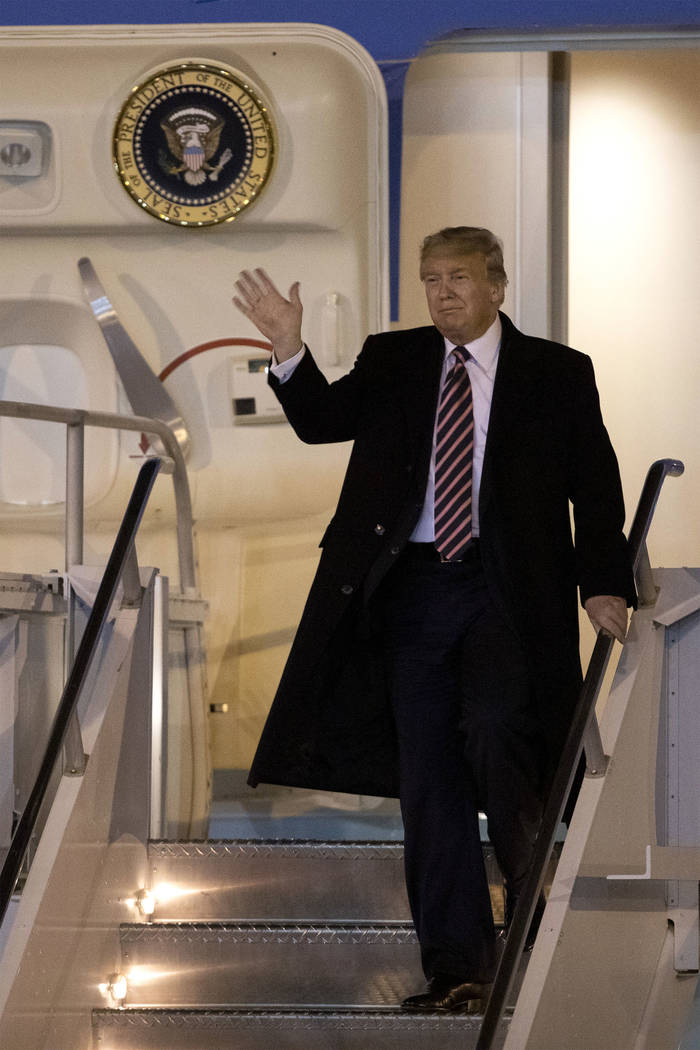 Nye County Commissioner Leo Blundo, who championed the item, is also calling for other counties and cities to do the same.

“I think the president has made many accomplishments… and I know Nye County being Trump country, we support many of the policies. They have had a lot of beneficial effects here. I’d make a motion to amend and adopt…” Blundo stated during the Feb. 19 commission meeting.

A news release sent out the previous day outlined the key points of the resolution, which included nearly four million new jobs created under the Trump administration, the elimination of a record number of government regulations, tax cuts, $6 billion in spending to fight the opioid epidemic and the appointment of more circuit court judges than any other administration.

“I think other cities and counties should follow my lead and place a resolution on their agendas that recognizes the accomplishments of our president. What better way to say thank you for a job well done,” Blundo was quoted as saying.

While Nye County is well known as a Republican stronghold in the state and the resolution was considered a shoe-in by many, the agenda item did not come without push-back.

“I’ve read the posted version of this resolution and I have issue with several of the things,” Katherine Smith told the commission that afternoon. “The vast majority of the jobs created under this administration are low wage which do nothing to lift employees out of poverty.”

Smith went on to to remark that she felt the reported unemployment rates and income increases were contrived with inflated numbers. “These facts do not reflect a robust economy but rather a depressed economic forecast for millions of underemployed workers.” She also noted that the federal minimum wage has not been raised in many years, stating, “Meanwhile the cost of living has risen at a rate which far outpaces the stagnant wages of low-income workers.”

Smith continued to detail her reasons for opposing the resolution, lamenting the Trump administration’s rollback of certain regulations that she felt were important for protecting people and the environment. She also described the Affordable Care Act as “a boon to many Americans” and expressed her disappointment in the removal of the individual mandate.

Amargosa resident Pat Minshall spoke on the topic as well, questioning why the commission was considering taking a political position on the matter.

Another area resident, Caroline Logue, spoke against the item as well, telling the commission that she believed the action would be inappropriate as the resolution would not serve any purpose for the citizens of Nye County. She accused Blundo of attempting to curry favor because he is currently running for the U.S. Congressional District 4 seat.

Aldridge explained that she had maintained private insurance for her entire adult life but when the ACA was instituted, she was notified that her insurance didn’t meet the requirements. “My premium would go from $172 to $538,” an outraged Aldridge stated. “And my deductible went from $2,000 to $15,000 so I said no, no. Now I am self-paid, I have to pay for everything every time I go to a doctor.”

In addition, Aldridge spoke about a side business she was running that under President Barack Obama had been nothing more than a hobby. Under Trump however, she declared that her business had increased 358%.

In response to some of the negative comments made, Blundo turned to Nye County Clerk Sam Merlino and asked, “Sam, do you agree that we are a political subdivision of the state?” Merlino confirmed that was accurate and Nye County Commissioner Debra Strickland jumped in to add, “And would you agree that we have a president and his name is Trump?” Merlino confirmed that statement as well.

Nye County Commissioner Lorinda Wichman, however, apparently held a different view of the situation. She said she is a big supporter of “patting someone on the back” but she too did not think it was appropriate for the commission to address the resolution.

“By doing so, you are disassociating yourself with the independents, the Libertarians and everyone else who disagrees with you,” Wichman said, adding that she didn’t feel such a resolution was within the scope of the business of the commission. “Even though I agree with much of what’s in here, I am going to abstain from voting…”

Nye County Commissioner Donna Cox said she was torn over the item, remarking that while she has personally seen the positive impact the uptick in the economy has had, as well as the negative effects of the Affordable Care Act, she still did not feel she should participate in the vote. Cox ultimately decided to abstain as well.

The motion to approve the resolution passed 3-0 with Blundo, Strickland and commission chairman John Koenig in favor and Wichman and Cox abstaining.

To view the resolution in full visit bit.ly/39RE9mS

There are two versions, the second of which was the version passed on Feb. 19.