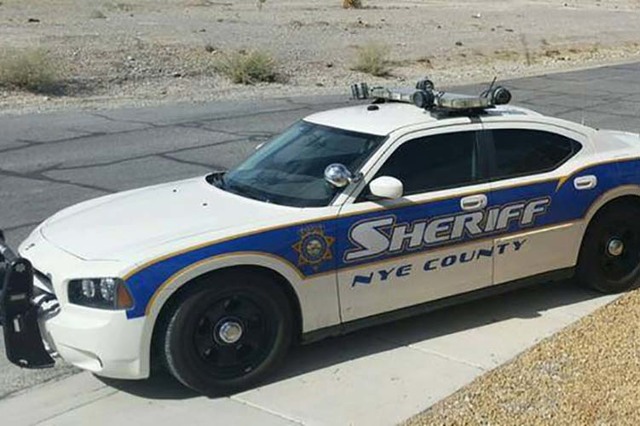 Special to Pahrump Valley Times The Nye County Sheriff's Office responded to the crash May 28 in the area of the Amargosa Sand Dunes at U.S. Highway 95 and Valley View Road.

An off-road vehicle rider who died in an off-road crash last month in Amargosa Valley is identified as a 59-year-old North Las Vegas resident, the Nye County Sheriff’s Office said.

William Lewis was pronounced dead at the scene on May 28 in the area of the Amargosa Sand Dunes at U.S. Highway 95 and Valley View Road, authorities said.

The crash was reported that morning with the identity of the victim announced last week.

“Upon arrival, deputies were informed by witnesses that a 59-year-old man was operating an off-road vehicle in the sand dunes’ recreational area and was ejected from the vehicle at some point when he crossed over one of the dunes,” the sheriff’s office said in a statement June 2.

“The investigation revealed he was not restrained and not wearing a protective helmet,” the statement added.

Lewis was given emergency medical assistance but did not survive.