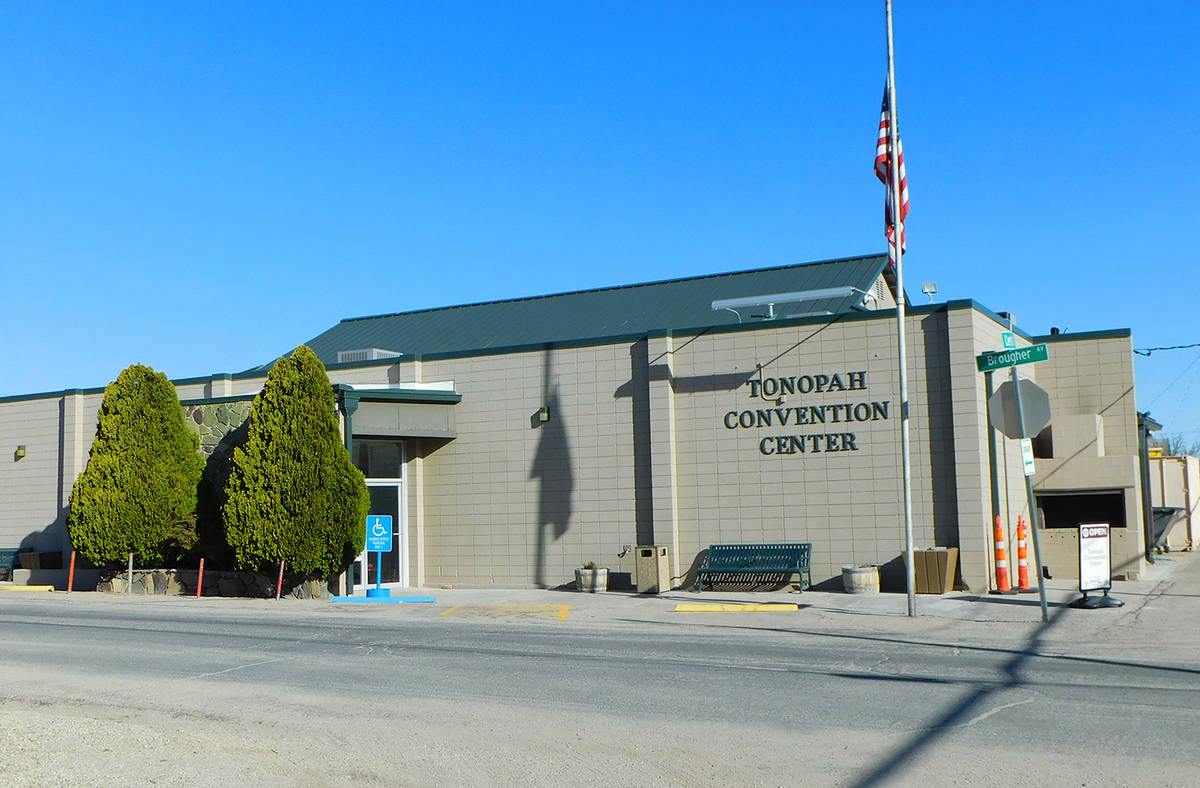 Robin Hebrock/Pahrump Valley Times The town of Tonopah's request for $150,000 to fund the purchase of an emergency generator for the Tonopah Convention Center was given top priority by Nye County commissioners in the Community Development Block Grant - Coronavirus program.

The COVID-19 pandemic has created quite a bit of fallout over the past 14 months but not all has been negative, with certain positive highlights coming out of the public health crisis.

One such positive was a new opportunity for certain projects to receive grant funding, with the creation of a new facet of the Community Development Block Grant program intended to target projects that are specific to mitigation or responding to the COVID-19 pandemic or other similar public health situations, known as the CDBG-CV program. With federal funding infused into the states, local governments were given a chance to apply for project funding, both on their own behalf and on behalf of other entities and in Nye County, there were a variety of projects proposed for the CDBG-CV program.

Nye County is allowed to submit up to two applications for itself and to sponsor an additional two for other organizations. When the CDBG-CV program was originally discussed, there were several applications submitted by the town of Amargosa and one from Amargosa Seniors Inc., as well as one from the town of Tonopah and another from Our Lady of the Valley Roman Catholic Church, along with two applications from the county.

Nye County Grants Administrator Samantha Kramer gave commissioners an overview of where they stood in the process during the board’s Tuesday, May 18 meeting.

“This item is to prioritize the applications submitted under the CDBG-CV program, this program is specific to coronavirus, for rounds two and three,” Kramer stated.

She said Nevada had been allocated nearly $10 million in CDBG-CV funding for round two, of which Nye County had received a direct allocation in the amount of $208,221.

“I would like the commissioners to prioritize which project or projects will be funded under round two and which will be requested under round three,” Kramer stated.

She then explained that Amargosa Seniors Inc. has withdrawn their application, remarking that this left the county with two options to consider.

“Option one would be to fully fund the town of Tonopah’s application for $150,000 under round two, and utilize the remaining allocation to partially fund DEM’s (Nye County Department of Emergency Management) application in the amount of $58,221 and request the $270,459 under round three for the remainder of DEM’s application,” Kramer detailed.

As detailed during the project proposal public hearing held in February on the CDBG-CV program, both the town of Tonopah and the Nye County Department of Emergency Management were looking to have emergency generator purchases funded through the coronavirus grant program.

In Tonopah, the emergency generator would be installed at the Tonopah Convention Center, which town administrative manager Chris Mulkerns said could then be used to accommodate COVID-19 testing and vaccine distribution in the event of a power outage, while also being able to provide emergency shelter that would allow room for area residents to spread out and maintain distance if needed.

For the department of emergency management, the application calls for the purchase of several emergency generators that would be placed at various locations throughout Nye County.

Nye County Commissioner Leo Blundo made the motion to take the option one route, prioritizing the town of Tonopah’s application for round two funding and having the department of emergency management’s application split between both round two and round three. Commissioner Bruce Jabbour offered a second and the motion passed with all in favor.

As for the Our Lady of the Valley Roman Catholic Church’s application for funding to build a large water storage system, which was deemed ineligible for the CDBG-CV program, the organization had an item on the May 18 agenda appealing that decision.

However, once the discussion was opened, Kramer noted that the project would be better suited to the regular CDBG program, which would be opening up applications for its next cycle in July. Joe Burdzinski, speaking on behalf of the church, said they would be open to applying under the regular program and therefore, no action was taken on that item.