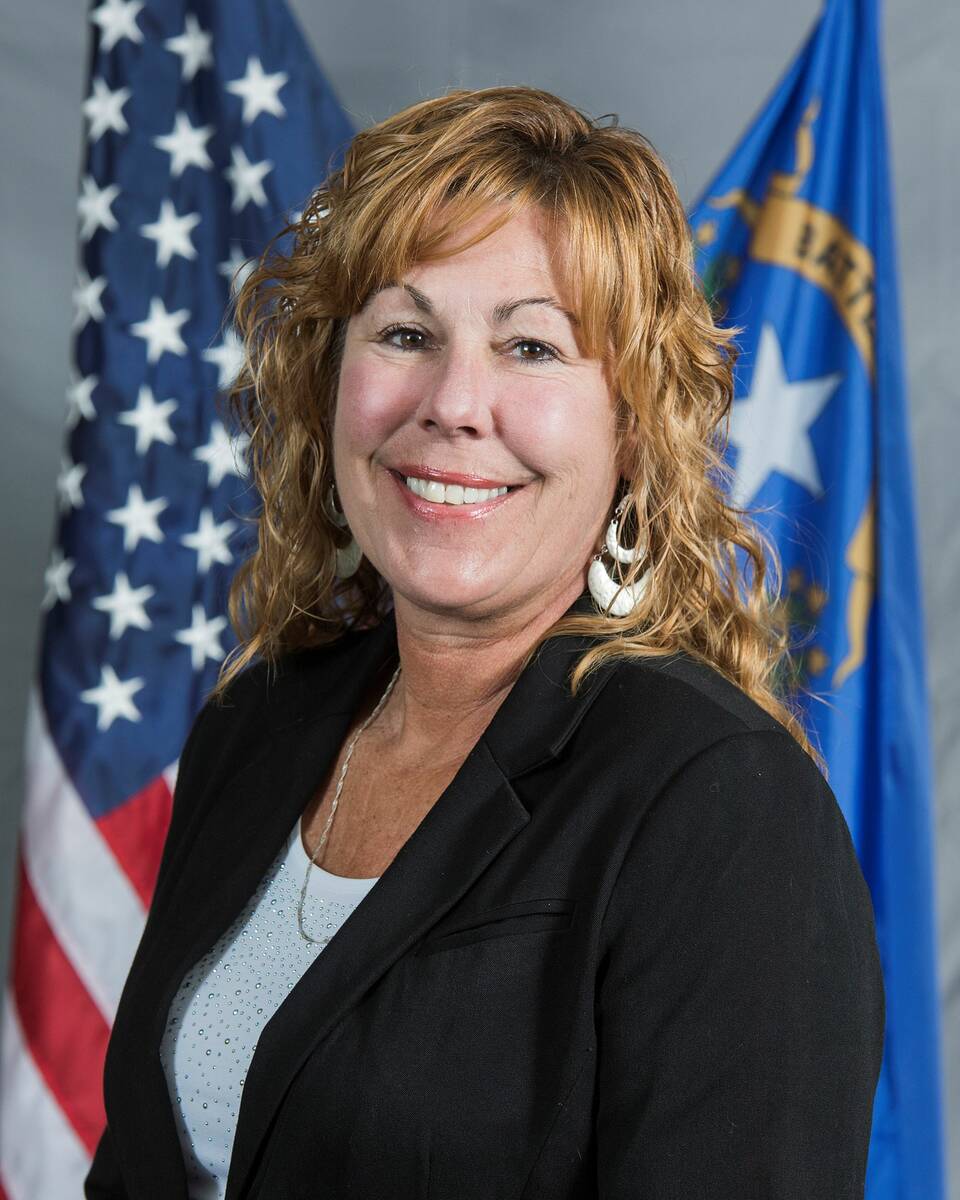 Nye County Recorder Deborah Beatty explained the functions of her office and her quest for re-election to the attendees at a candidates’ debate on April 28 in Pahrump.

The forum was sponsored by the Pahrump Valley Times/Tonopah Times-Bonanza and Goldfield News, KPVM-TV and the Nye County Republican Central Committee. Former NCRCC Chairman Joe Burdzinski was the host and the debate questions were posed by KPVM’s Deanna O’Donnell.

Beatty, a proud grandmother of 14, started her career in escrow and title work.

With the economic downturn in 2009, she acquired her real estate license and in 2010 began work in the recorder’s office where she’s been ever since. On the subject of management style, she said she is not a micromanager and bragged about the quality of her staff, which consists of three in the Tonopah office and two others besides herself in Pahrump.

The main function of the recorder’s office is to handle real estate documents which, she feels, her staff does quite well. Her goals, if elected, are to restore and preserve some of the oldest recording books, some of which date back to 1864. Some of them are very fragile and could crumble upon being touched.

She gave a brief history lesson. The first Nye County seat was in Ione. It then moved to Belmont and shortly after, to Tonopah where it is today. During the various moves, records were lost. Her office used to keep copies of old newspapers, but now stores them in the Tonopah Library.

Asked about obtaining records, Beatty explained that most records are available on line. As far as obtaining statistics, the most vital ones are housed in Carson City, but the office records the military’s DD214 documents.

“What is homesteading?” was another topic. Beatty explained that one can declare only their primary residence as a homestead which then protects it from being used to cover certain bills such as large medical bills. The process is easy: pay $37, fill out a form and have it notarized.

She closed her remarks by inviting everyone to look into homesteading and signing up for the office’s fraud alert program.

Beatty faces Republican challenger Eileen Prudhont in the June 14 primary. Prudhont did not attend the debate.