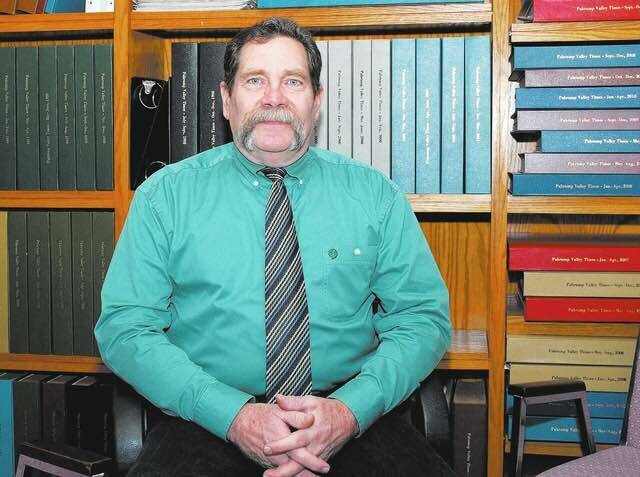 Special to the Pahrump Valley Times Pahrump Justice of the Peace Kent Jasperson passed away in August and Nye County is seeking a replacement to take over his unexpired term of office.

Last month the Pahrump Valley lost one of its longtime elected officials, Justice of the Peace Kent Jasperson, and with his death there exists a vacancy in the Pahrump Justice Court. Though a tragic blow to the community, Jasperson’s passing now presents an opportunity for those interested in stepping into the position of judge.

On Sept. 7, the Nye County Commission addressed the vacancy, unanimously deciding to fill the seat by appointment rather than by arranging a special election.

Jasperson was originally elected as justice of the peace in 2007 and he had successfully navigated two bids for re-election since, the latest of which was in 2020. As the justice of the peace seat is a six-year term, the appointment was set to continue until what would have been the end of Jasperson’s term, 2027. This was the only factor that drew any comment during the commission’s discussion on Sept. 7, with commissioner Debra Strickland noting that she was not comfortable with such a long term of appointment.

When commissioner Leo Blundo made the motion to have the position filled by appointment, Strickland jumped in to request that the motion limit the term.

“So that the people could have the opportunity to vote (on it) sooner rather than later,” Strickland stated, adding, “That’s an awful long term for a position that we appoint.”

Blundo replied that it was his understanding that the position would in fact automatically come up for election in 2024. Nye County Clerk Mark Kampf, newly appointed himself, said he believed that was correct. It was also noted that the 2024 election would be for a term of 2025 to 2027, at which point there would be yet another justice of the peace election.

With that clarified, the commission voted 5-0 to approve the motion.

To glean a pool of potential justices, the county is currently accepting applications for the post and interested parties have until 5 p.m. on Friday, Sept. 30 to submit their resumes. The only requirements for the position are that the applicant be a qualified elector and resident of Pahrump, although experience in the legal system will obviously give applicants an advantage.

As defined by the Nevada Legislature, justices of the peace preside over matters related to misdemeanor crimes and traffic cases, as well as handling preliminary hearings and arraignments for gross misdemeanors and felonies. Justice courts deal with civil matters up to $10,000, too, along with protection orders and landlord/tenant cases.