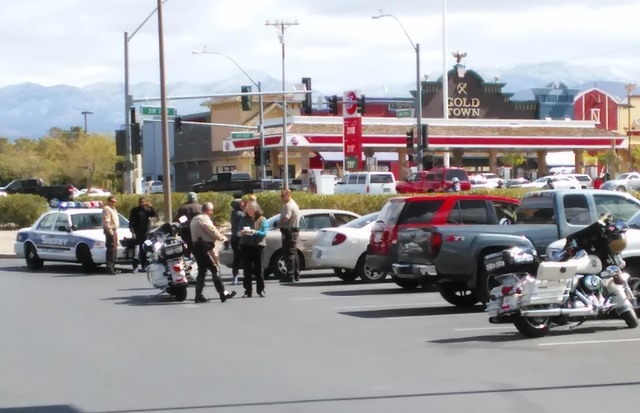 Nye County Sheriff’s deputies are stepping up traffic enforcement in the Pahrump Valley. Deputies this week made multiple traffic stops, pulling over at least four motorists at the same time in the Bank of America parking lot this week.

The sheriff’s office is reminding area drivers to adhere to posted speed limits and stop signals in the valley.

The deputies are patrolling the streets on 1450cc V-Twin Harley Davidsons.

At the time, Undersheriff Brent Moody said the main emphasis for the deputies is education and public safety, especially near schools within the community.

He lamented that too many people have been killed in motor vehicle collisions along highways and local streets.

“Street deputies are incredibly busy and they handle traffic issues generally as a fill-in to calls,” he said. “With the motorcycle detail they will be committed to traffic and traffic accident investigations and schools, which will be their primary assignment.”

Deputies will also be looking out for other infractions, including failure to signal and rolling through stop signs.