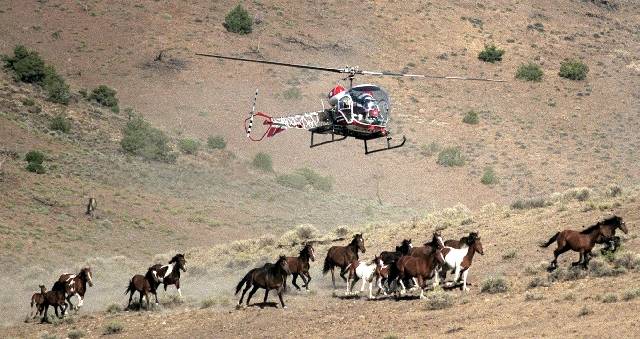 Special to the Pahrump Valley Times The use of helicopters in rounding up wild horses and burros has been a source of contention for many years and now, Nye County has taken an official stance against such methods. 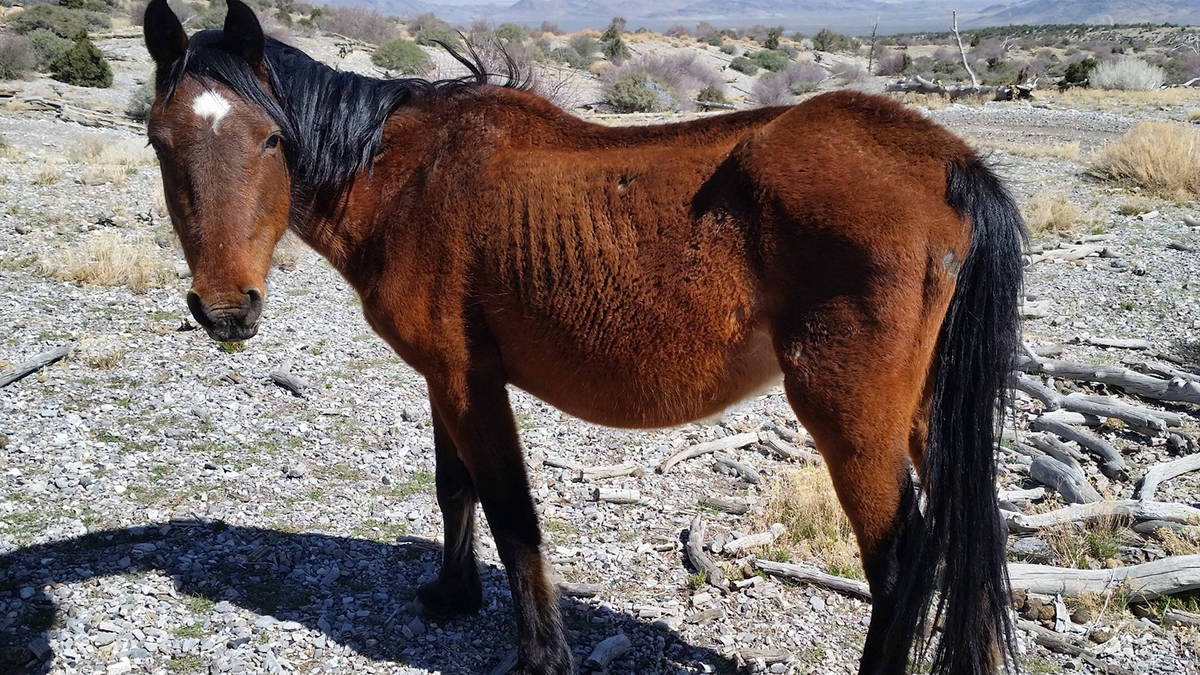 U.S. Forest Service Wild horses and burros are an icon of the west but their populations are growing yearly and the BLM is tasked with managing those numbers. However, the methods used by the BLM regularly prompt outcries from the public.

It’s no secret that wild horse and burro advocates have been at loggerheads with the Bureau of Land Management for many years, protesting the methods utilized by that federal agency in its pursuit of management of these two species, but with little result.

The BLM has continued to conduct its roundups as it sees fit, using helicopters and motorized vehicles as what the agency deems to be a “humane and efficient” way of rounding them up for removal from public lands. Now, however, the Nye County Commission has taken an official stand against such methods, adopting a resolution outlining its opposition during its June 16 meeting.

Although Commissioner Donna Cox’s name was on the agenda item as the point of contact, she made sure to note that the resolution was actually brought forward by local resident Priscilla Lane, who requested Cox’s assistance with getting the item placed on the agenda. “In this day and age there is a lot more to worry about than horses and burros,” Lane acknowledged as she began her presentation on June 16. “But if we don’t get a handle on their survival, we won’t have any horses left. The BLM is removing hundreds as we speak. This is the very icon that made this country.”

Lane asserted that the Bureau of Land Management should be managing, not removing, the wild horses and burros. She also contested statements from the BLM that helicopters are supposed to be the most humane manner of gathering the animals. “If so, why is it they are left to die, chased while aborting their foals, dying after they enter the holding pens and collapse from exhaustion?” Lane demanded to know. “Foals are left behind because they couldn’t keep up or break a leg. How about running them until they go through barbed wire fencing?”

Lane accused the BLM of lying about what is done with the animals that are gathered, which are supposed to be put up for adoption or sale but which Lane said she firmly believes in some cases are ending up in the slaughter line.

Lane then cited another wild horse and burro advocate, Wild Horse Education founder Laura Leigh, remarking that Leigh has photographic evidence to support the accusations of mistreatment. Leigh spoke on the item too, telling the commissioners of her own experiences in witnessing wild horse and burro gathers, which she said regularly result in injury for the animals and often turn deadly. “Since 2010, I have had to litigate multiple times to shut down roundups where I have documents of horrific abuse,” Leigh told the commission. “In 2015 that litigation led to BLM creating something called the Comprehensive Animal Welfare Policy. BLM is supposed to review and improve that policy every year based on their own metrics and based on input from the public. From 2015 to today, I have continued to document a deterioration in that policy, not improvement.”

As an example, Leigh said in 2018 she watched the BLM run a wild mare that was miscarrying a foal for a full 40 minutes. When she complained about that treatment, she said the BLM told her they would review the complaint but the agency felt there was nothing wrong. “This resolution would assist greatly in helping to spur the federal government to fulfill their requirement to taxpayers and manage our wild horses humanely,” Leigh stated. “So I ask that you adopt this resolution and continue to monitor. I would also ask that the county commission itself require that BLM provide them with their annual reviews on the animal welfare policy, so you can see for yourself that the BLM is not taking this responsibility seriously.”

Included with the backup information provided on the item was a series of photos taken by Leigh. One such photo does indeed show a mare in full gallop undergoing what is clearly an abortion of her foal while running across the desert. Images like these disturb much more than just Lane and Leigh, however, and several more residents spoke in support of the resolution that afternoon. Others, who could not attend the meeting, submitted written comments delineating their opposition to the use of helicopters for gathers as well.

With an abundance of public support and her own compassion for wild horses as a guide, Cox made the motion to adopt Nye County Resolution No. 2020-08. That motion passed with all in favor.

The resolution begins by citing legislation signed into law by President Donald Trump in Nov. 2019 that made animal cruelty and torture illegal on a federal level, which opened the door to federal prosecution of animal cruelty cases.

The resolution goes on to state that the BLM could utilize more humane methods to round up the wild horses and burros, such as feed traps, before concluding, “…in order to uphold the criteria for maintaining a thriving ecological balance with multiple uses authorized under the 1971 Wild Free-Roaming Horses and Burros Act and the Federal Land Policy and Management Act of 1976 promoted and established by Velma Johnson (Wild Horse Annie); and… hundreds of registered voters of Nye County signed and submitted a petition in 2012 to Nye County Board of Commissioners to put a question on the voters’ ballot to stop all the BLM roundups of our wild horses and burros in Nye County and that was rejected by that board. … Now, therefore let it be resolved, that the present Nye County Board of Commissioners declares that it does not support the BLM’s present helicopter method of rounding up our wild horses and burros any longer within the borders of Nye County, Nevada.”