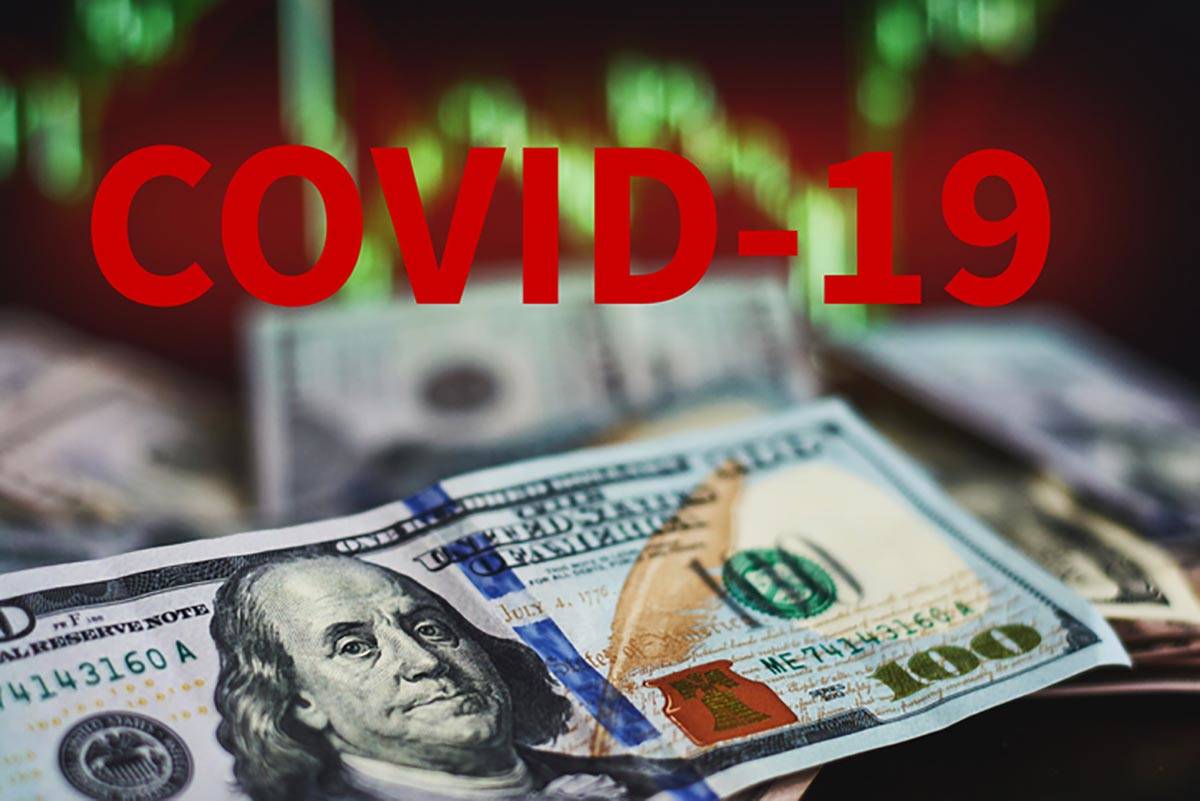 Getty Images Nye County is expecting an additional $9 million in federal funding to support its response to the COVID-19 pandemic and its negative impact on those residing in the county. 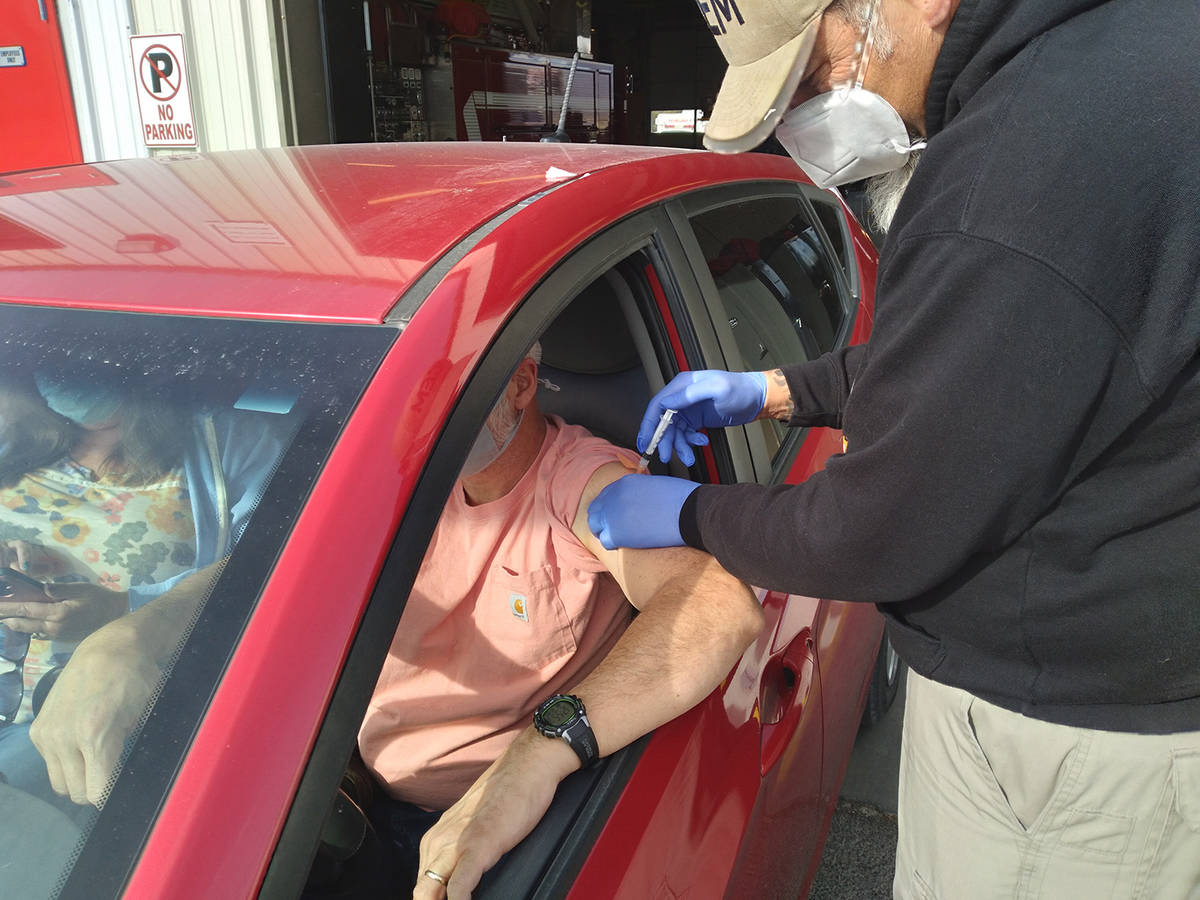 Selwyn Harris/Pahrump Valley Times Nye County, which has been administering the COVID-19 vaccine since December, 2020, will be receiving over $1.5 million in grant sub-awards to help cover the cost of its vaccination efforts.

In March 2020, with the emergence of the COVID-19 pandemic wreaking utter havoc on local governments and their constituents all across America, Congress had passed the CARES Act to provide trillions of dollars in federal funding intended to help ease the strain caused by the public health crisis. While the situation has seen a dramatic improvement in recent months, many are still struggling with the fallout and as such, earlier this year Congress passed another act with related goals, titled the American Rescue Plan Act, or ARPA. Through the ARPA, Nye County is set to receive a total of $9,036,547 which will then be put to use to continue providing financial assistance, through county grant programs, to area small businesses and individuals who have been negatively impacted by the COVID-19 pandemic.

In addition, Nye County is also receiving two grant sub-awards that are intended to help the county recoup some of the money it has expended in the past six to support its COVID-19 vaccination efforts. The first of these is a Epidemiology and Laboratory Capacity sub-award from the Nevada Division of Public and Behavioral Health in the amount of $1,334,388 and the second is a Nevada State Immunization Program sub-award from NDPBH totaling $336,097.32.

The three funding items came as part of the Nye County Commissioners’ Wednesday, June 2 meeting and were placed under the “consent agenda” portion of the meeting. These consent items are generally addressed without any discussion but in this particular case, Nye County Commissioner Donna Cox said she wanted to get a few points straight before the board took any action to accept the funding.

Starting with the sub-awards for vaccination efforts, Cox remarked that she did not want the county inadvertently agreeing to a stipulation that would make it mandatory to administer vaccines to everyone in the public.

This was absolutely not the case, Nye County Grants Administrator Samantha Kramer explained. “My understanding is, it is not mandatory (to vaccinate the entire population),” Kramer said. “This is just to administer the vaccine to the individuals willing to get the vaccine.”

“So you are telling us there is nothing in there hidden or anywhere else that says, we gave you this money and now we expect that you are going to go out and make everybody, or it is going to cause it to be mandatory that 100% of the people get vaccinated?” Cox pressed. “Because I want the choice to stay with the people. I don’t want this to go sideways and all of a sudden we find out that we’re going to have to demand that everybody comes in and has a shot or we have to pay this back, because once the money is gone, we’re not going to be able to pay it back.”

Kramer assured Cox that there was no such requirement and Nye County Department of Emergency Management Director Scott Lewis concurred, reiterating, “This is not a mandatory piece, this is simply capturing the costs associated with not only administering the vaccines and making sure nobody had to pay for it, but also the logistics supporting the vaccination PODs… It’s not geared toward a mandatory requirement for anyone to be vaccinated.”

Cox said she simply wanted to have that information on record so that it is a well-known and established fact.

As for the $9 million ARPA funding allocation, Cox noted that she was concerned that there might be strings attached to which the county may not be able to adhere. However, as Nye County Commissioner Frank Carbone pointed out, this round of funding was likely to be very similar to the first round from the CARES Act, in which there were certain requirements that must be followed when using the money, but that those specifics would be dealt with as the county moves forward.

“We are still reviewing the interim final rules, which were given to us by the U.S. Treasury, and we’ll continue to bring this item forward to discuss how this funding will be utilized based off the federal guidance we receive,” Kramer told the board.

Nye County Manager Tim Sutton chimed in to state, “The only reason why item #16 ($9 million allocation) is vague is because this will come before the board again… similar to the CARES money that was allocated to the county, and so the commissioners will have the opportunity to set a program, set out who this money will go to, similar to what was done with the CARES Act money as well.”

The motion to approve the consent agenda items passed with all in favor.