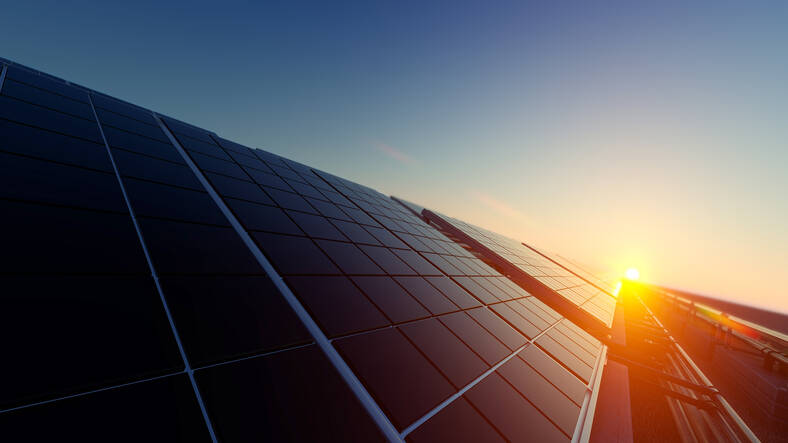 Getty Images Nye County has issued a temporary moratorium on applications for renewable energy generation facility permits, including those for solar fields.

Large-scale solar development is a subject that has caused quite a lot of controversy in Nye County over the last year and with applications for these types of projects coming in at a quick clip, the county has now taken action to stem that flow.

Last month, Nye County commissioners adopted a resolution setting a six-month moratorium on all new renewable energy generation facility applications. In the meantime, officials will be working to try to figure out how to balance the desires of the community against those of the burgeoning solar industry.

“The (Nye County) Planning Department is requesting the Nye County Board of County Commissioners pass a resolution instituting a temporary [six-month] moratorium on the processing of any future applications for permits for renewable energy generation facilities in order for the planning department to conduct discussions and hearings to determine whether amendments or changes to Nye County Code are necessary in order to protect the public health, safety and general welfare of the citizens of Nye County,” information included with the agenda item explained.

The moment that the item was opened on Nov. 15, Nye County Commissioner Debra Strickland jumped in to state that she was not in need of additional input but was ready to make a motion to adopt the proposed resolution.

Before the motion came to a vote, however, the public was given a chance to have its say and several responded, including both local residents and representatives of solar companies. As expected, residents spoke in favor of the moratorium, expressing various reasons as to why they were opposed to an inundation of solar fields while solar reps, although not exactly in support of the moratorium, emphasized the need for the county to work with the industry to develop standards that all could live by.

It appeared that all five commissioners were on the same page when it came to the issue and there was little discussion to be had between the board members. When commission chair Frank Carbone called for the question, the resolution easily passed with a unanimous vote.

“Whereas, several citizens of Nye County have publicly and privately questioned the provisions of the Nye County Code related to renewable energy generation facilities and the planning director is requesting the… board… pass a resolution instituting a temporary moratorium… to allow time for the planning department to study and research the proper classification, restrictions and requirements for renewable energy generation and other similar activities in Nye County and to propose amendments to the Nye County Code,” the resolution continues. “Now therefore be it resolved, the Nye County Board of County Commissioners hereby adopt a temporary moratorium for a period not to exceed six months on the processing of any future applications for permits for renewable energy generation facilities and be it further resolved that said moratorium shall become effective immediately upon its passage…”

The Nye County Planning Department will now work to schedule public hearings and workshops to gather relevant information and data that will then be used to steer any county code changes that will be proposed for solar projects in the future.

Readers can find previous coverage on the various solar development projects pending in and around Nye County online at pvtimes.com.