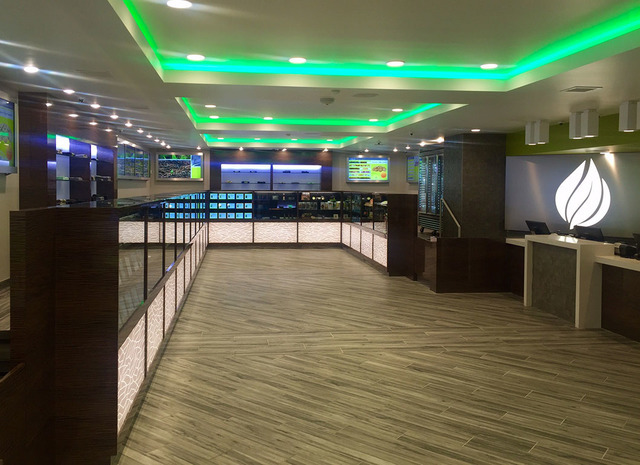 TJ Wright/Special to the Pahrump Valley Times Medical marijuana patients from Nye County now can use the Las Vegas office to obtain same-day approval for their medicalmarijuana patient card application. The Grove, the only Nye County dispensary located in Pahrump will aid by pre-reviewing patients’ applications to ensure that they are complete and accurate, officials said.

In the meantime, Nye Countys lone dispensary, The Grove, will aid by pre-reviewing patients applications to ensure that they are complete and accurate, according to the Nevada Dispensary Associations press release.

TJ Wright, general manager at The Grove in Pahrump, said patients will be able to book an appointment through The Grove for prereviewing.

They are testing this process out in Vegas before they transition to other surrounding cities, Wright said.

For those Pahrump patients who dont want to travel to Las Vegas, Wright said theres still an option to apply through the mail to the Carson City office.

In July, patients are expected to be able to submit their applications online. The state is also working to remove the requirement to visit the DMV to obtain a card after the patent receives approval, officials said.

Riana Durrett, executive director at the Nevada Dispensary Association, said the Las Vegas patient application office is important because it allows people who have difficulty using the Internet to apply in person.

The use of cannabis is illegal federally, however, Nevada has allowed possession and use of medical marijuana for more than 10 years.

A bill passed in 2013 by the Nevada Legislature allowed dispensaries to open.

Nevada currently has 24 certified medical marijuana dispensaries in the north and south. Nye Countys only dispensary, The Grove, opened its doors in Pahrump on March 2.