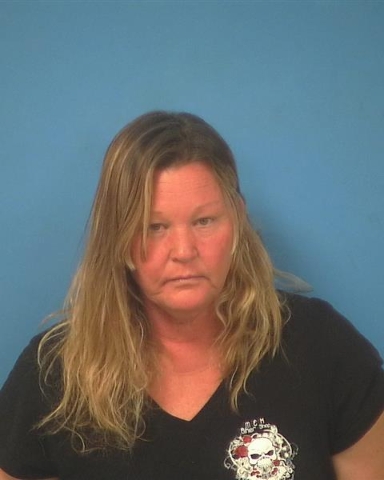 A local public employee was placed under felony arrest this week and charged with various counts related to an alleged drug-induced incident.

Stephanie L. Zane, a Nye County Animal Control officer, was arrested by the Nye County Sheriff’s Office on Monday and charged with three preliminary charges of using/being under the influence of a controlled substance, battery on a peace officer and resisting arrest.

Zane was not on duty with Nye County Animal Control at the time of the incident, and she has been placed on administrative leave pending the outcome of the criminal and internal affairs investigations.

Sheriff’s deputies were called out to Desert View Hospital in reference to a disturbance call outside of the facility.

When the responding deputy arrived, they discovered Stephanie Zane acting irrationally and exhibiting signs and symptoms of methamphetamine use, the arrest report stated.

Some of the irregular behavior Zane exhibited during the incident were spinning around in circles, spitting water out of her mouth, asking a deputy to help her twist her teeth so they wouldn’t fall out, talking at a high rate of speed where the deputy could not understand her and grinding her teeth while looking around in every direction, the arrest report detailed.

Zane then started to walk in the rocks and a deputy assisted her back onto the sidewalk in order to prevent her from falling. While helping Zane to the sidewalk, he noticed her pupils were dilated and that she was hot to the touch, signs that the deputy recognized as being under the influence of methamphetamine, police said.

Zane initially denied being under the influence of methamphetamine, but then allegedly revealed to the deputy that she had done the drug at 8 a.m. that morning by shooting it into her toenail and snorting it, the arrest report stated. The deputy did notice that Zane had very little nose hair.

Deputies then told Zane she was being placed under arrest and she attempted to flee into the hospital. When Zane was apprehended she fought with NCSO deputies and was screaming incoherently, making no sense while yelling for help. She attacked a deputy, using her nails to draw blood from his arm.

After Zane was placed into handcuffs, she was taken into Desert View Hospital for medical treatment due to exhibiting the signs and symptoms of an agitated chaotic event, law enforcement said. During that time, NCSO deputies executed a search warrant for Zane’s blood to confirm their suspicions and her statement that she used a controlled substance.

Shortly after the arrest, NCSO deputies responded back to the hospital to assist the deputy guarding Zane. She began fighting with deputies again at the hospital.

After DVH treated Zane, she was released and transported to Nye County Detention Center and was booked on the three preliminary charges. She was initially held $10,640 bail, but was later released on her own recognizance.