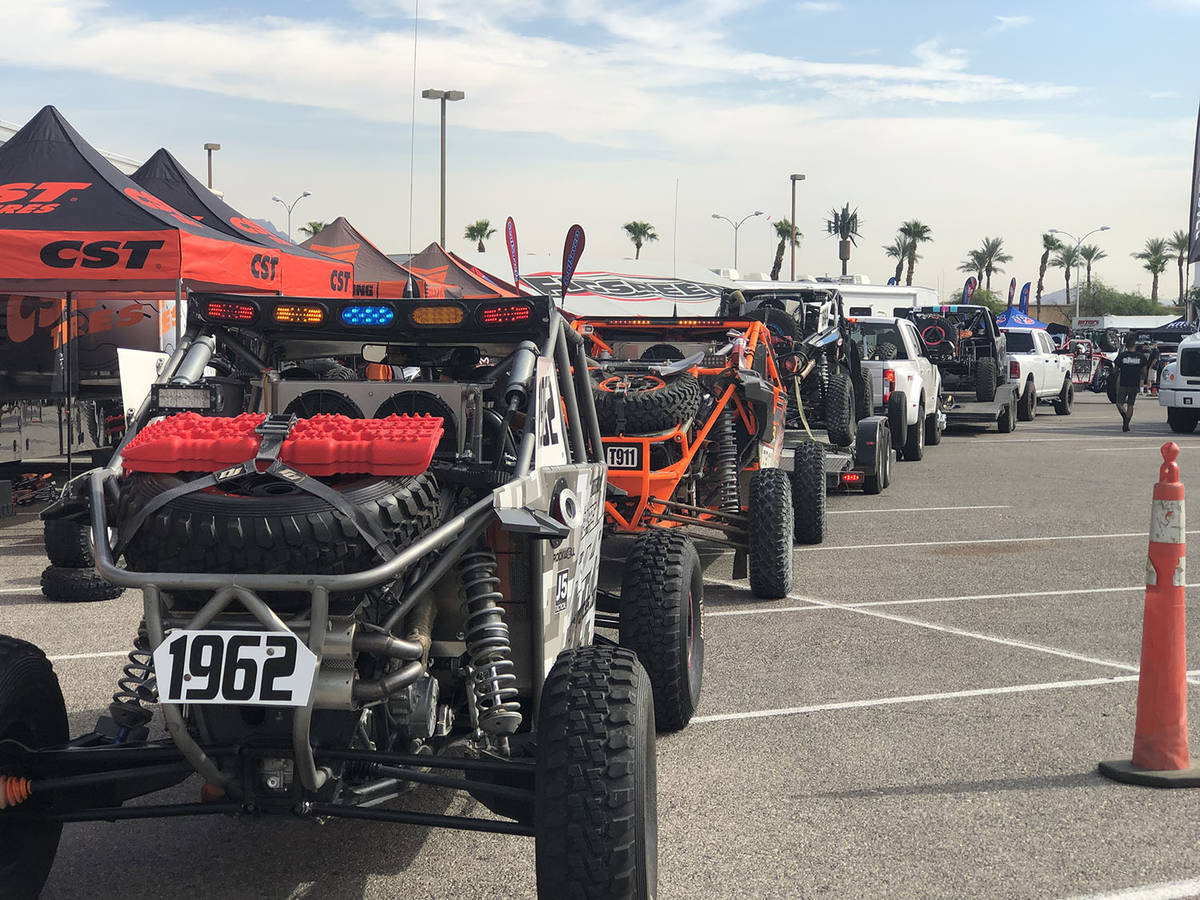 Tom Rysinski/Times-Bonanza & Goldfield News Racers line up for technical inspections in Las Vegas before a Best in the Desert race. The off-road circuit is bringing the World Hare and Hound Championship to Tonopah in May.

Best In The Desert, the World Hare and Hound Championship is scheduled to take place in Tonopah from May 21 through May 23, according to the press release.

Originally billed as “One Man, One Machine, One Desert, One Way,” the championship is open to motorcycles only, and will run point-to-point on a 110-plus-mile course. The event will see Pro, Expert, Amateurs, Family, Ironman, Women’s, and Youth Motorcycle classes.

Best In The Desert founder Casey Folks first organized the World Hare and Hound Championship in 1984, and it quickly became one of the premier events in off-road desert racing. It was known as an event that tested the best desert motorcycle racers in the world.

“We’ve been working on this one for quite a while,” Best In The Desert co-owner Daryl Folks said in a press release. “This is going to be very special. The desert around Tonopah is a mixture of decomposed granite, shale, and gravel and has a solid base to it. The trails are some of the most flowing and technical that I’ve ever ridden and make for an ideal racecourse to test everyone’s skills and abilities. The winner of this race will have earned it.”

The event has been in the development phase for three years with the course and location meticulously planned, according to the press release. Tonopah was selected due to its geographically central location in the western United States and the fact that it provided a neutral race site where no rider has home-field advantage. The area also hasn’t been used for motorcycle competition in over 15 years which makes conditions “ideal” for an old-school hare-and-hound type race, the release said.

The event is expected to draw a large pool of off-road racers. A guaranteed purse of $6,000, in addition to Best In The Desert’s normal pro payback, will be awarded to Pro class winners, including a $1,000 bonus to the top Woman Expert.

The event will be sponsored by Rocky Mountain ATV/MC.

Best In The Desert was founded in 1984 by racer Casey Folks and has grown from motorcycle racing series to four-wheel vehicles. By 2004, it was recognized world-wide as the premier off-road racing series.