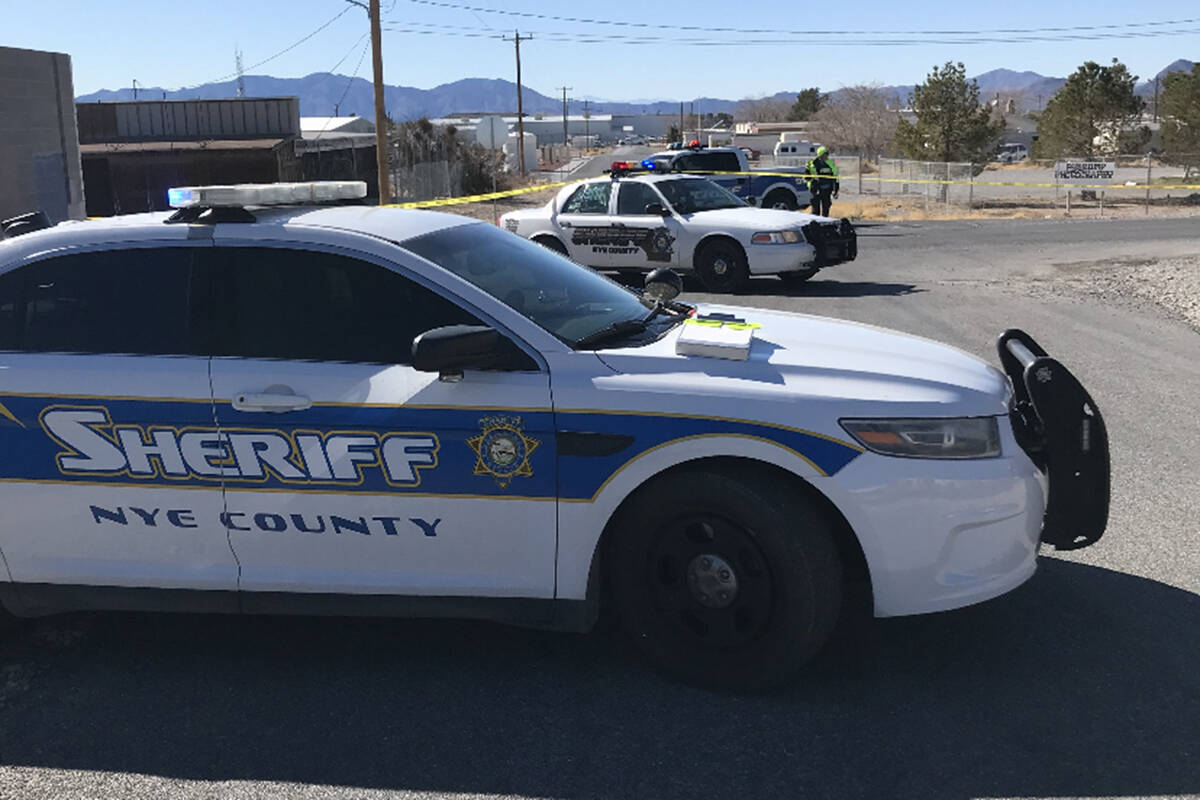 Two Nye County Sheriff’s Office supervisors who were placed on administrative leave following accusations of “criminal actions” say they had organized a Political Action Committee (PAC) for the rival of their boss, Sharon Wehrly.

“The allegations are that Lt. Adam Tippetts and Sgt. Cory Fowles conspired in violation of Nevada Revised Statute (NRS), 199.480, with each other to commit the crime of NRS 205.4765, unlawful acts regarding computers and NRS 205.477, unlawful acts relating to interference with the use of computers, systems and networks,” according to reports from the sheriff’s office.

An investigator determined that there was probable cause that both had allegedly committed crimes, and the case was referred to the Nye County District Attorney’s Office. Tippetts and Fowles are now on leave, according to a sheriff’s office report, which did not specifically discuss the nature of the allegations against them.

Coincidentally, both officers co-founded a Political Action Committee dubbed “Cops for Joe McGill,” an NCSO sergeant who is running to unseat Sheriff Sharon Wehrly in next month’s general election.

The officers told the Pahrump Valley Times they were “grateful to have any platform to speak on so that our voices may be heard regarding our position on the 2022 general election for the office of Nye County sheriff.”

“Our organization, ‘Cops for Joe McGill’ was founded and organized by local Nye County Sheriff’s Office employees of various rank and assignments,” the officers told the Pahrump Valley Times. “It is our mission to be the voice of your local sheriff’s office deputies, detectives, sergeants and other law enforcement professionals in Nye County who may not otherwise be comfortable expressing their personal opinion regarding the candidates for sheriff in the upcoming 2022 general election this November.”

Support among the ranks

“This is the most unprecedented endorsement in the long history of the Nye County Sheriff’s Office,” the correspondence stated in part. “It is for this reason that ‘Cops for Joe McGill’ can say that we represent the position and voice of the overwhelming majority of law enforcement professionals in Nye County. On top of this, Joe McGill has also received the endorsement and support of our local firefighters as well. We want the voters and public to know why an overwhelming number of our dedicated first responders support Joe McGill and desperately need change.”

Both officers say they believe that they were put on leave as an act of retaliation by Wehrly for the PAC they founded and their support of her opponent, McGill.

The Pahrump Valley Times could not verifify these claims.

“She has weaponized the Internal Affairs process and uses it to go after employees that are anything less than loyal to her in every way,” according to the correspondence. “Jose Parra ran for sheriff in the primary election and the day after the primary election was over, he was sent home on administrative leave pending an investigation that is still unresolved. Joe McGill has been the subject of multiple IA investigations since his announcement of running for sheriff in October 2021.”

Both men further allege that supporters of McGill’s campaign are also being subjected to retaliation for actions as little as placing a Joe McGill sign in their yard.

“One longtime NCSO employee was recently demoted after being seen showing Joe McGill around Tonopah,” according to the correspondence from the accused officers. “It’s seems obvious to us that these things are not only done in retaliation, but also to strike fear in other employees thinking about support for anyone other than her.”

The Pahrump Valley Times has not yet confirmed those allegations.