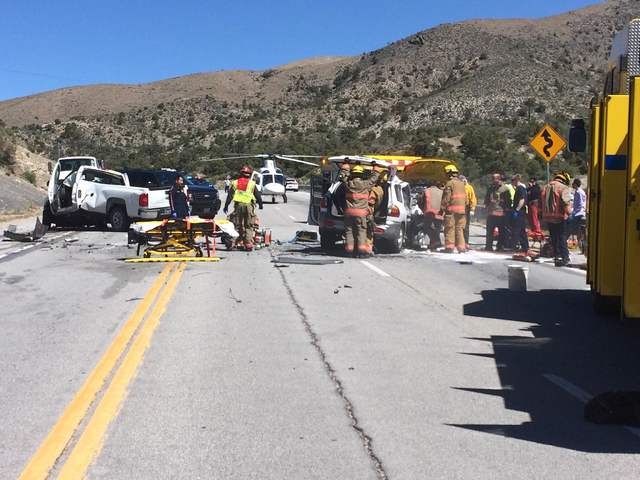 A fatal crash that occurred Tuesday morning left one person dead and closed the highway between Pahrump and Las Vegas for several hours.

At approximately 10:06 a.m., a head-on collision at mile marker 19 on State Route-160 between a Chevrolet Silverado pickup truck and a white Hyundai Santa Fe SUV left the male driver of the truck deceased at the scene, according to Nevada Highway Patrol Trooper Chelsea Stuenkel. A female passenger in the SUV was airlifted to University Medical Center in Las Vegas with critical injuries, while the driver of the SUV was transported to the hospital via ambulance with non-life threatening injuries.

The highway was shut down in both directions from State Route 159 on the Las Vegas side and before Mountain Springs on the Pahrump side for four hours.