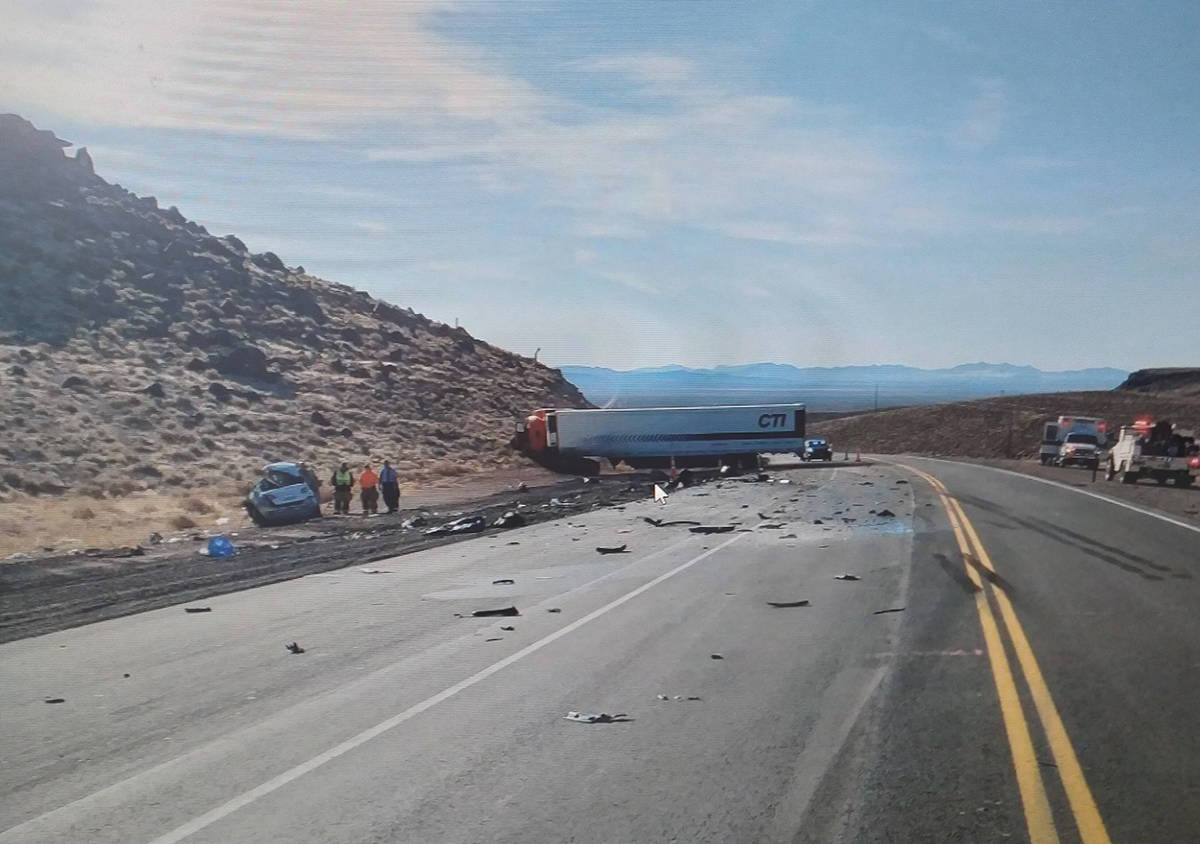 Special to the Pahrump Valley Times One person was killed following a two-vehicle, head-on collision just after 8 a.m. on Sunday, March 14. The crash, which involved a semi-truck and a sedan, shut down one lane of the highway until 4 pm. The name, age, and gender of the deceased driver has not yet been released by NHP.

A two-vehicle collision Sunday morning, March 14 claimed the life of one driver.

Nevada Highway Patrol Trooper Sean Wilson said the crash occurred on U.S. 95 at mile marker 103 in Nye County, near the town of Beatty.

“It was a head-on collision between a semi and a sedan, where one of the vehicles crossed over and we are still trying to determine which one,” Wilson said. “There were no signs of intoxication on the deceased, but we are still waiting for the bloodwork.”

Wilson went on to say that there was one occupant in each vehicle.

“The semi was traveling southbound and the sedan was traveling northbound,” he noted. “We had one lane of the highway shut down from 8 a.m. ‘til about 4 p.m. As far as releasing the name, age and gender of the deceased, I am not the main investigating officer, so I don’t have that information. The exact cause of the collision is still under investigation.”