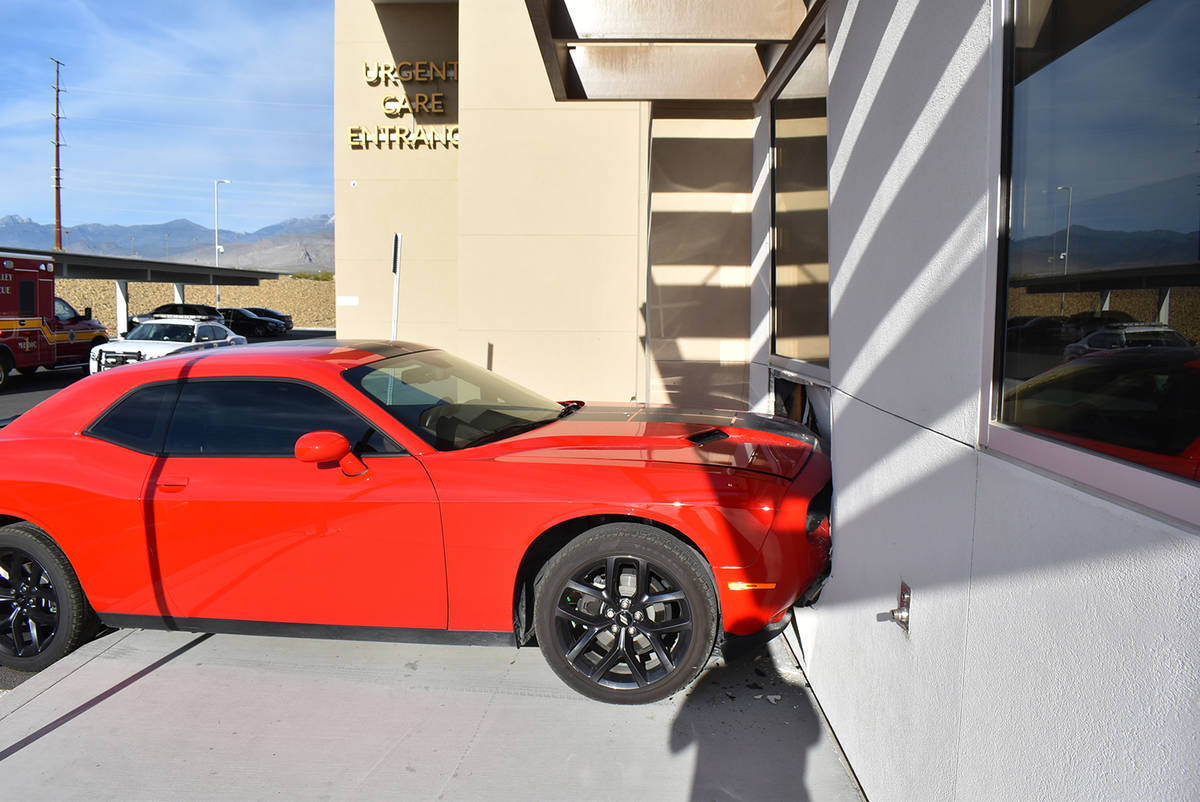 Special to the Pahrump Valley Times No injuries were reported after a car struck the Healthcare Partners facility on Loop Road last week. Fire crews determined that both the electrical components and the wall studs were compromised. The building was secured without incident. 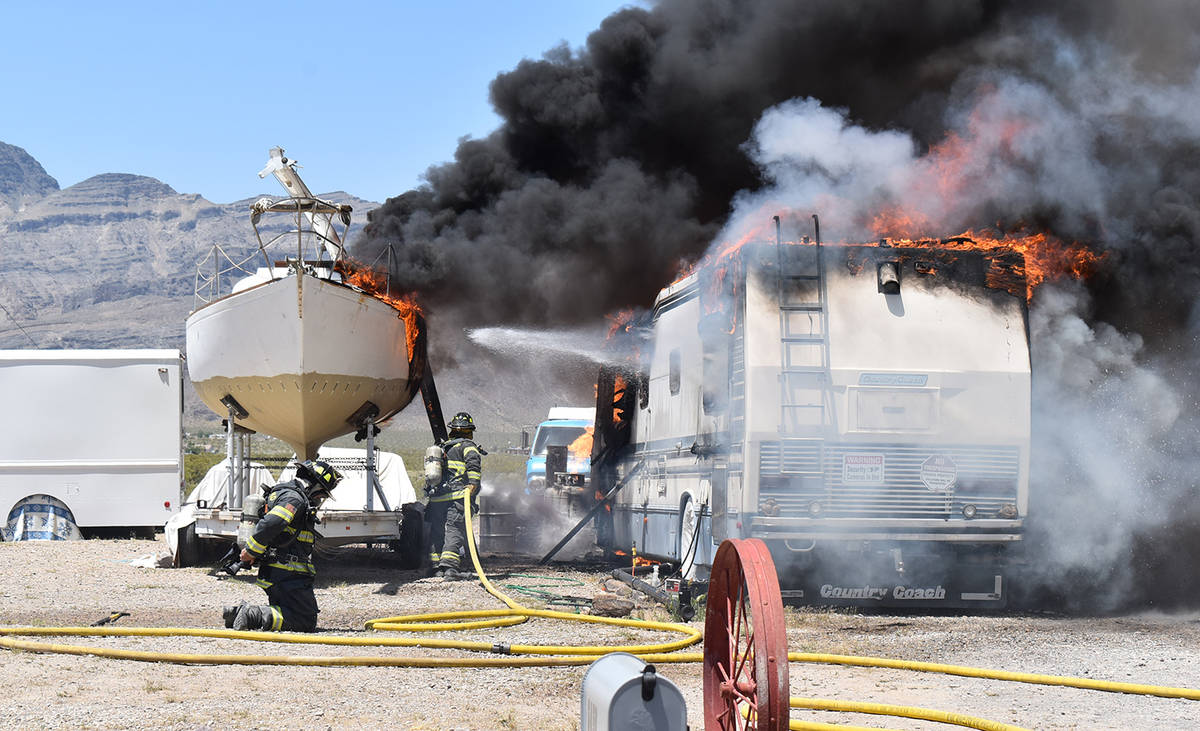 Special to the Pahrump Valley Times On Saturday May 9th fire crews were dispatched to a well-involved motorhome fire, which extended to a sailboat and additional parked vehicles on the property at approximately 12:18 p.m. The family dog died as a result of the incident.

An apparent act of road rage led to a shooting just before 5:30 p.m. last week.

Pahrump Valley Fire and Rescue Services Chief Scott Lewis said the incident occurred along the 1300 block of Rose Street on Wednesday, May 6.

“Crews arrived to find what appeared to be a drive-by shooting, where one person had been shot twice,” he said. “Crews quickly assessed the patient and determined that the patient required trauma care. Mercy Air-21 was added to the assignment, where crews transported the patient to base 21 and that patient was subsequently flown to UMC Trauma.”

Also on Wednesday, fire crews were dispatched to the HealthCare Partners facility on Loop Road for a report of a vehicle which hit the building.

“We arrived on location and found that the vehicle, in fact, had gone through the exterior wall surface, and partially into the interior of the building,” Lewis said. “While there was no one occupying that particular space, crews assessed and determined that the electrical and the wall studs were compromised. There were no injuries and the building was secured without incident.”

The following day fire crews were dispatched to the area of Wilson Road, just east of Barney Street for a report of a fully-involved ATV fire with no immediate exposures. Crews quickly controlled the fire with no extension. Lewis said no injuries were reported.

On Saturday, May 9, crews were dispatched to the 6400 block of Park Retiro for a well-involved motorhome fire, which extended to a sailboat and additional parked vehicles on the property at approximately 12:18 p.m.

“There were initial reports of multiple explosions, and there was also an unknown status of the occupants,” Lewis said. “As crews arrived on location, we found what was reported to be a well-involved Class-A motorhome that was used as a fixed residence. The fire had extended to a sailboat that was approximately 10-plus feet off the ground on a trailer due to a fixed-keel at the bottom.”

“It was determined that the occupants were all accounted for and uninjured, however, a pet dog succumbed to the fire, and was later recovered and turned over to animal control,” he said. “The cause of the fire is thought to be accidental in nature, and it remains under investigation.”

“Because we are approaching the hotter part of the season, the burn moratorium has been in place for more than 30 days, however we are still getting people performing unauthorized controlled burns, which have resulted in several brush fires and the loss of small structures,” he noted.

“We are reminding everyone that the burn moratorium is in place, which means no unauthorized burning. We are in the brush season already where the fuels are drying and the winds are up. We have also had Red Flag warnings recently, with the winds, along with low relative humidity and extreme, unpredictable fire behavior. We are in those now, so we are reminding everyone that brush fire season is now upon us.”