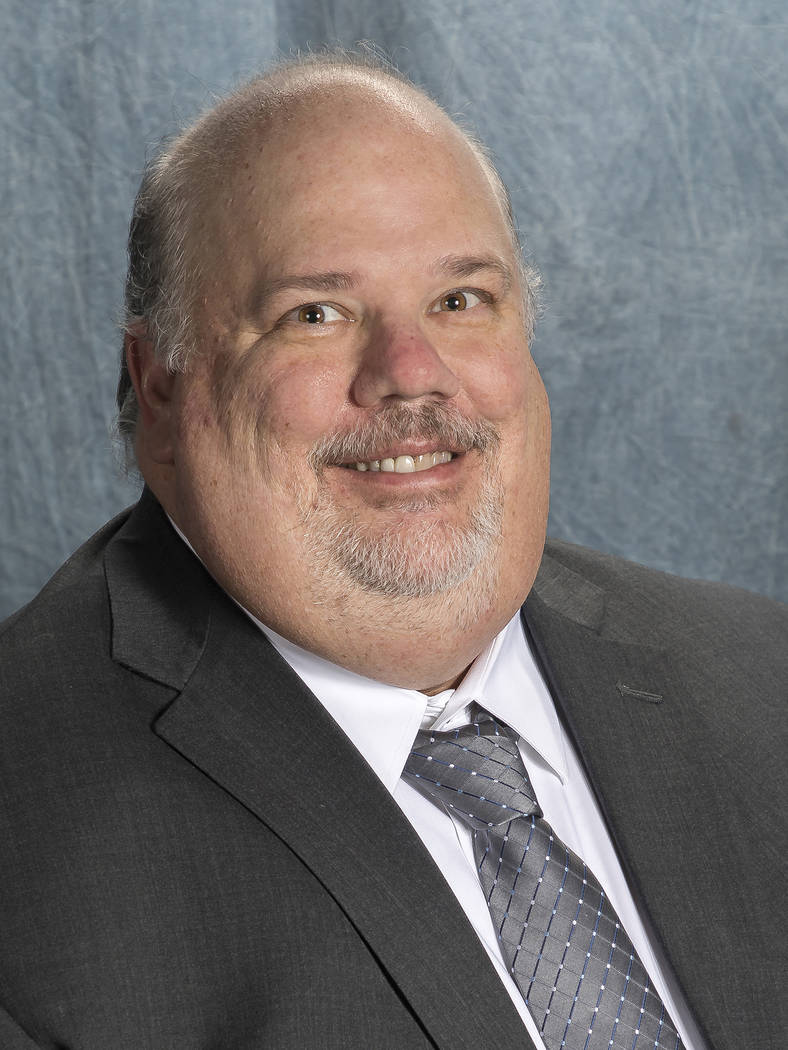 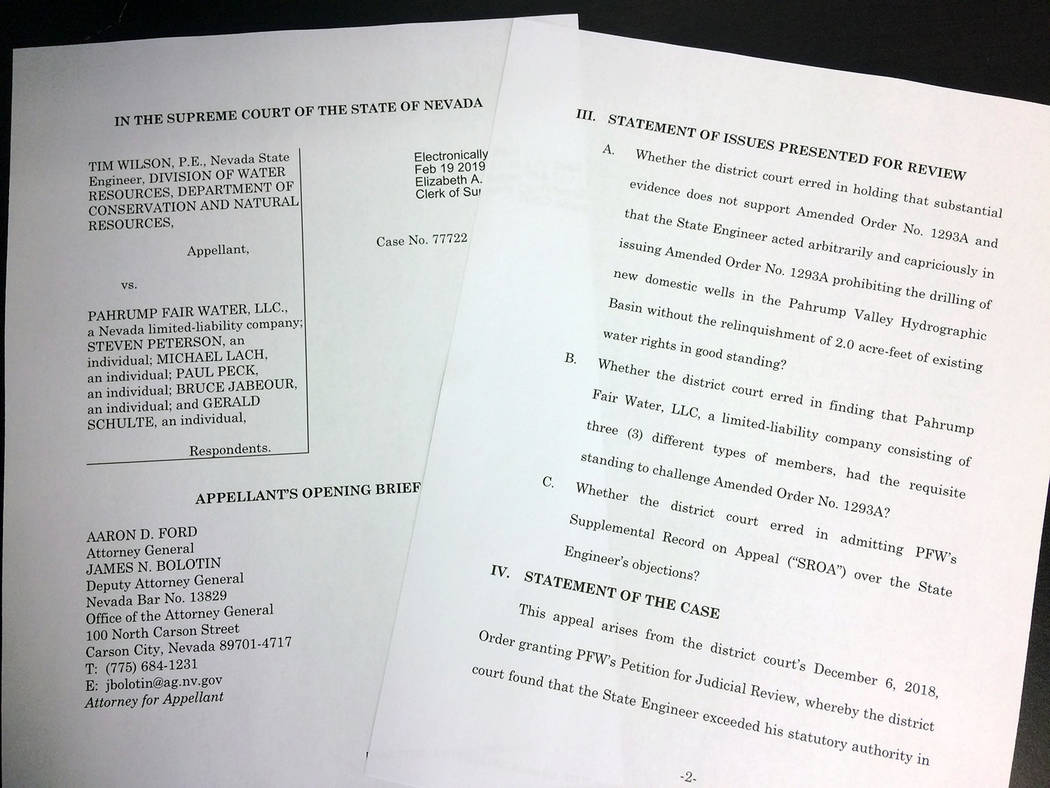 Robin Hebrock/Pahrump Valley Times Pictured are pages from the Nevada State Engineer's opening brief for its appeal in the case of water Order #1293A.

The Nevada State Engineer’s Office has filed its opening brief in its appeal over water Order #1293A, which was overturned by a district court judge late last year.

In its brief, the engineer’s office, now under the leadership of Acting State Engineer Tim Wilson, argues that the findings of the district court judge were made in error and pleads with the Nevada Supreme Court to reverse the district court’s ruling. Wilson took over for former state engineer Jason King in January.

Water Order #1293 was issued in Dec. 2017 and was followed six months later by amended Order #1293A. The order restricts the drilling of new domestic wells in Pahrump unless two acre-feet of water rights have been relinquished in support of the well.

A group of local real estate agents, property owners and well drilling companies quickly formed Pahrump Fair Water LLC to fight the order, filing a lawsuit in which the group prevailed in December 2018.

Now the battle has moved to the Nevada Supreme Court and while the appeal moves through the legal process, the supreme court has issued a stay on the district court’s ruling. This means that Order #1293A is currently in effect and will remain in effect until the court makes its ultimate decision on the appeal.

Throughout the 66-page document, the engineer’s office attempts to refute each of these findings of the district court, stating that it believes the engineer had full authority to issue the water order under existing Nevada law.

Citing a declining water table and an over-appropriated basin with the potential for nearly 100,000 acre feet of water use annually, the office claims that without the order in place, significant damage to local water resources could occur.

“Without amended Order #1293A the state engineer’s only option for addressing groundwater problems in Pahrump will be to regulate, or curtail, by priority, whereby any new domestic wells would be the first water use restricted,” the brief reads. “However, the district court’s findings even call into questions that legal directive and authority of the state engineer. If this court does not reverse the district court’s findings, the statutory authority of the state engineer to regulate domestic wells by priority is uncertain.”

In conclusion, the brief states, “Prior to issuance of amended Order #1293A, domestic wells represented the last unaccounted groundwater use in the Pahrump Basin, and yet water levels continued to drop, threatening thousands of existing wells. Amended Order #1293A is necessary to protect the existing water users in the Pahrump Basin and is a necessary component to the overall long-term management of the groundwater basin.

“Absent authority to intervene and manage the water resources, the state engineer may be required to curtail by priority, resulting in all new domestic wells being the junior most rights and the first to be curtailed,” the conclusion continued. “Allowing unrestricted proliferation of new domestic wells in this context represents poor management of the groundwater resource and would have dire consequences.”

Pahrump Fair Water now has until March 21 to file its answering brief.

Documents related to the appeal, including the opening brief, can be found on the Nevada Supreme Court’s website under case number 77722.